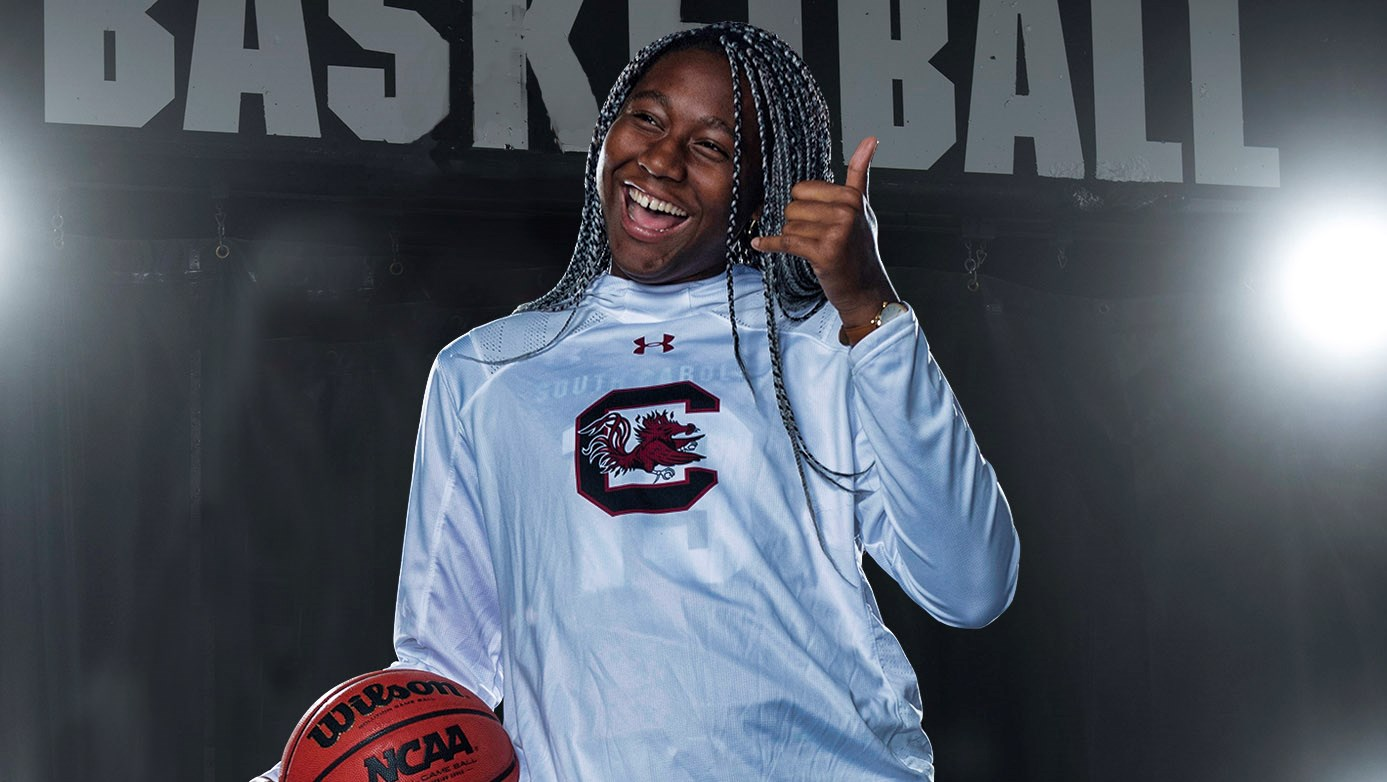 COLUMBIA, S.C. – South Carolina head women’s basketball coach Dawn Staley announced that Aliyah Boston has signed a National Letter of Intent to attend the University and play for the Gamecocks. The St. Thomas, U.S.V.I., native now living in Worcester, Mass., will have four years of eligibility beginning with the 2019-20 academic year.

“We are so thrilled to announce the signing of Aliyah Boston,” Staley said. “Aliyah is an elite talent with an extremely high ceiling and an understanding of what it takes to win. Aliyah and her family have made tremendous sacrifices for her future, and we are honored to join them in their journey moving forward. She is a perfect fit to our already stellar class and will quickly be endeared to all of Gamecock Nation.”

After leaving her hometown and parents in St. Thomas, U.S.V.I., at the age of 12, Boston traveled with her sister to Worcester, Mass., to stay with a family member in order to work toward her full potential on the court and in the classroom. She and her Worcester Academy team have thrived in the last two seasons.

Boston is the No. 3 overall recruit and the top post player in the Class of 2019, according to ESPN. She has already collected three gold medals with USA Basketball – 2017 FIBA U16 Americas Cup, 2018 FIBA U17 World Cup, 2018 Youth Olympic Games 3×3. Boston earned MVP honors at the FIBA U16 Americas Cup, averaging 11.8 points and 8.6 rebounds at the event, and a spot on the All-Tournament team in the FIBA U17 World Cup.

Worcester Academy is 42-4 over the last two seasons, including a 23-1 record last season en route to a New England Prep School Athletic Council Class AA championship in 2017-18. Boston averaged 21.2 points, 14.0 rebounds and 6.2 blocks for that title team, recording four triple-doubles and 19 double-doubles in 24 games. She has twice earned Massachusetts Gatorade Player of the Year honors (2017, 2018). After a sophomore season that saw her put up 23.0 points, 14.2 rebounds and 4.8 blocks per game, Boston picked up an NEPSAC Class A East All-Star selection.