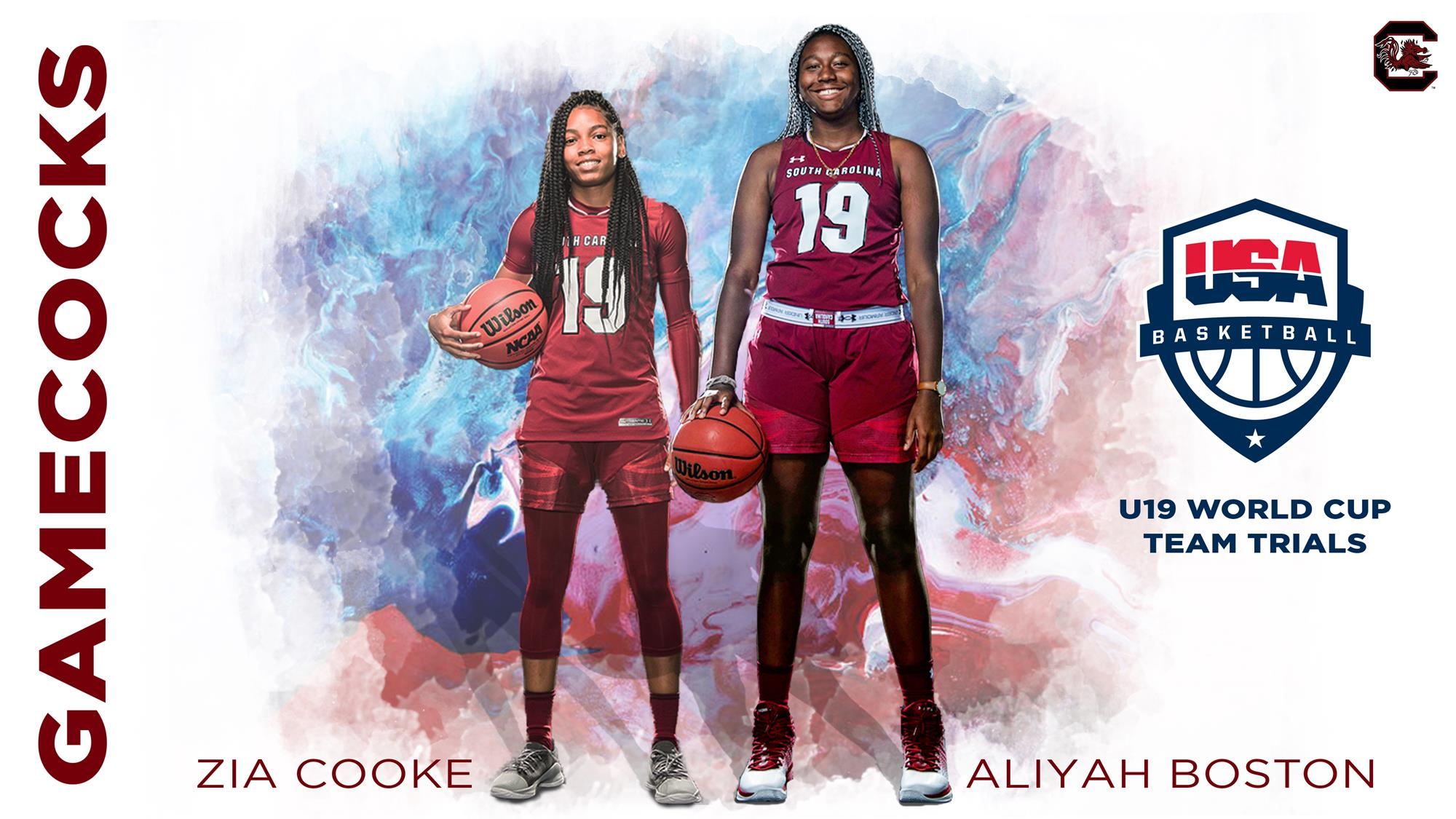 COLUMBIA, S.C. – South Carolina signees Aliyah Boston and Zia Cooke have accepted invitations to participate in the 2019 USA Women’s U19 World Cup Team Trials. The two incoming freshmen are among 30 participants – and 19 previous USA Basketball gold medalists – who will compete for one of the 12 spots at the trials, which run May 16-19 at the United States Olympic Training Center in Colorado Springs, Colo.

Invitations were issued by the USA Basketball Women’s Junior National Team Committee, chaired by George Washington head coach Jennifer Rizzotti. Players eligible for the team must be U.S. citizens born on or after Jan. 1, 2000. Those selected to the team will have a training camp July 5-19 with the U19 World Cup competition taking place July 20-28 in Bangkok, Thailand.

Boston will be looking for her fourth USA Basketball selection, while Cooke is vying for her third selection. Both were members of the 2017 U16 Americas Cup and 2018 U17 World Cup teams, which won gold medals. Boston was the MVP of the U16 tournament after posting 11.8 points and 8.6 rebounds per game, and she picked up All-Tournament Team honors at the U17 World Cup behind a tournament-best .654 field goal percentage that yielded a team-high 11.3 points per game. Boston was also part of the 2018 USA Basketball 3×3 team that won gold at the 2018 Youth Olympic Games. Cooke added 7.9 points and 2.8 rebounds per game to the U.S.’s U17 World Cup gold medal in 2018.

The U19 World Cup Team Trials include 16 athletes who recently completed their freshman season at an NCAA Div. I school, 10 who graduate high school this spring and four from the high school class of 2020. Of the non-college players, eight McDonald’s All-Americans are on the roster, including Boston and Cooke, and eight Gatorade State Players of the Year are on the list, including Boston.

Athletes participating in these trials are also eligible for the 2019 U.S. Pan American Games Women’s Basketball Team with trials for that squad taking place May 16-20 at the USOTC in Colorado Springs.