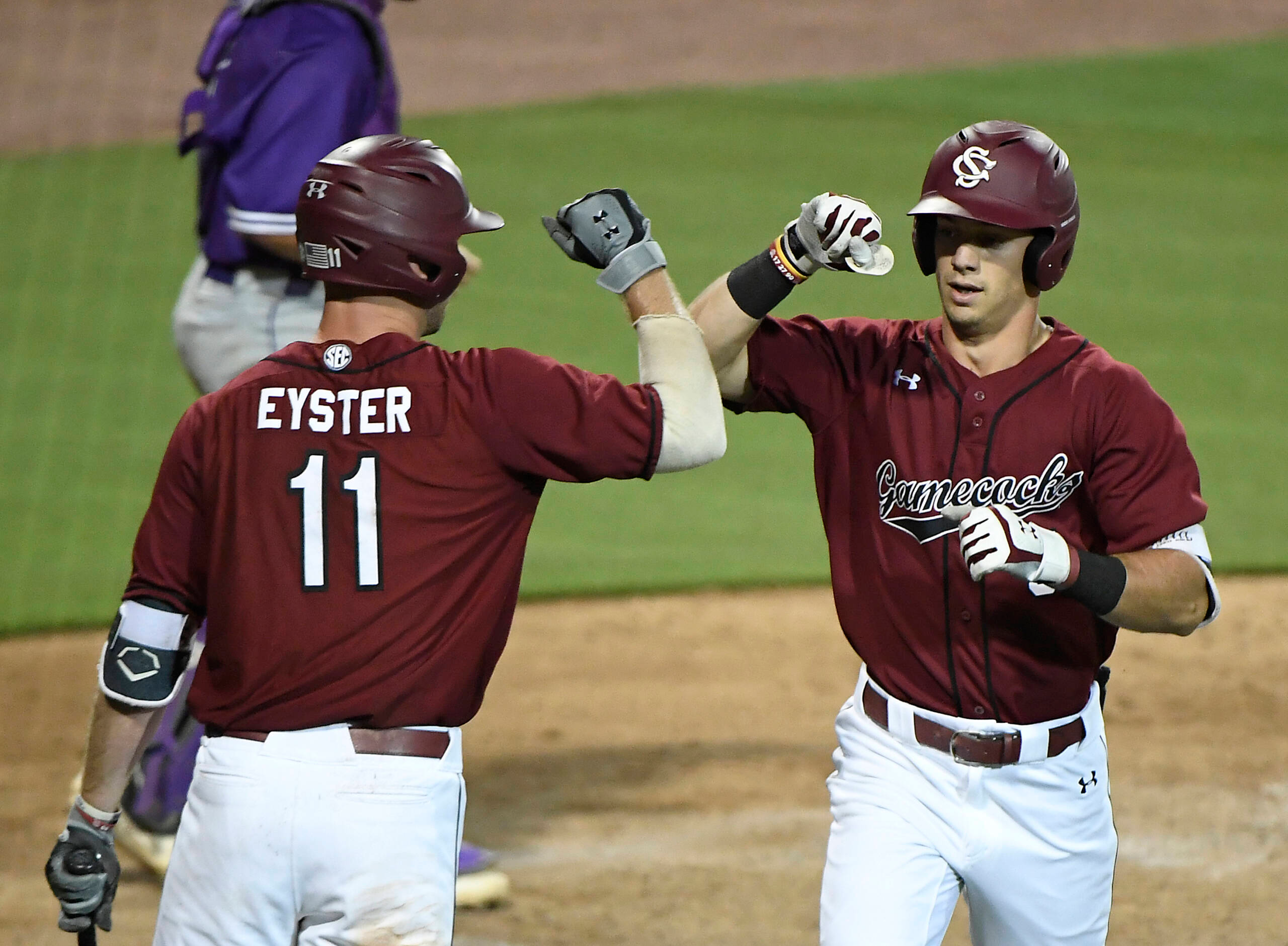 The Gamecocks allow three runs in the ninth in a 7-4 loss.

COLUMBIA, S.C. – The University of South Carolina baseball team allowed three runs in the ninth inning in a 7-4 loss to Furman Wednesday night (May 8) at Founders Park.

Carolina got on the board with a run in the top of the first. Noah Campbell doubled down the left field line and moved to third on a groundout. Andrew Eyster then grounded out to short, scoring the game’s first run. Furman struck back with two runs in the third on Jabari Richards’ eighth home run of the season.

The Gamecocks re-tied the game in the bottom of the third as Nick Neville tripled to right and scored on a Campbell groundout. Furman went up 4-2 in the top of the fifth on a sacrifice fly to center and a wild pitch.

Carolina chipped away with a TJ Hopkins home run in the sixth and back-to-back base hits by Hopkins and Eyster in the eighth to tie it at four.

In the ninth, Furman loaded the bases with one out. Trent Alley singled up the middle to plate a pair and Logan Taplett singled to left to make it 7-4.

Carolina tied the game at four in the eighth, but three runs off three hits in the ninth propelled the Paladins to the win.

Carolina starts a big three-game series with Kentucky this Friday (May 10) at 7 p.m. at Founders Park. The game will be televised on SEC Network.