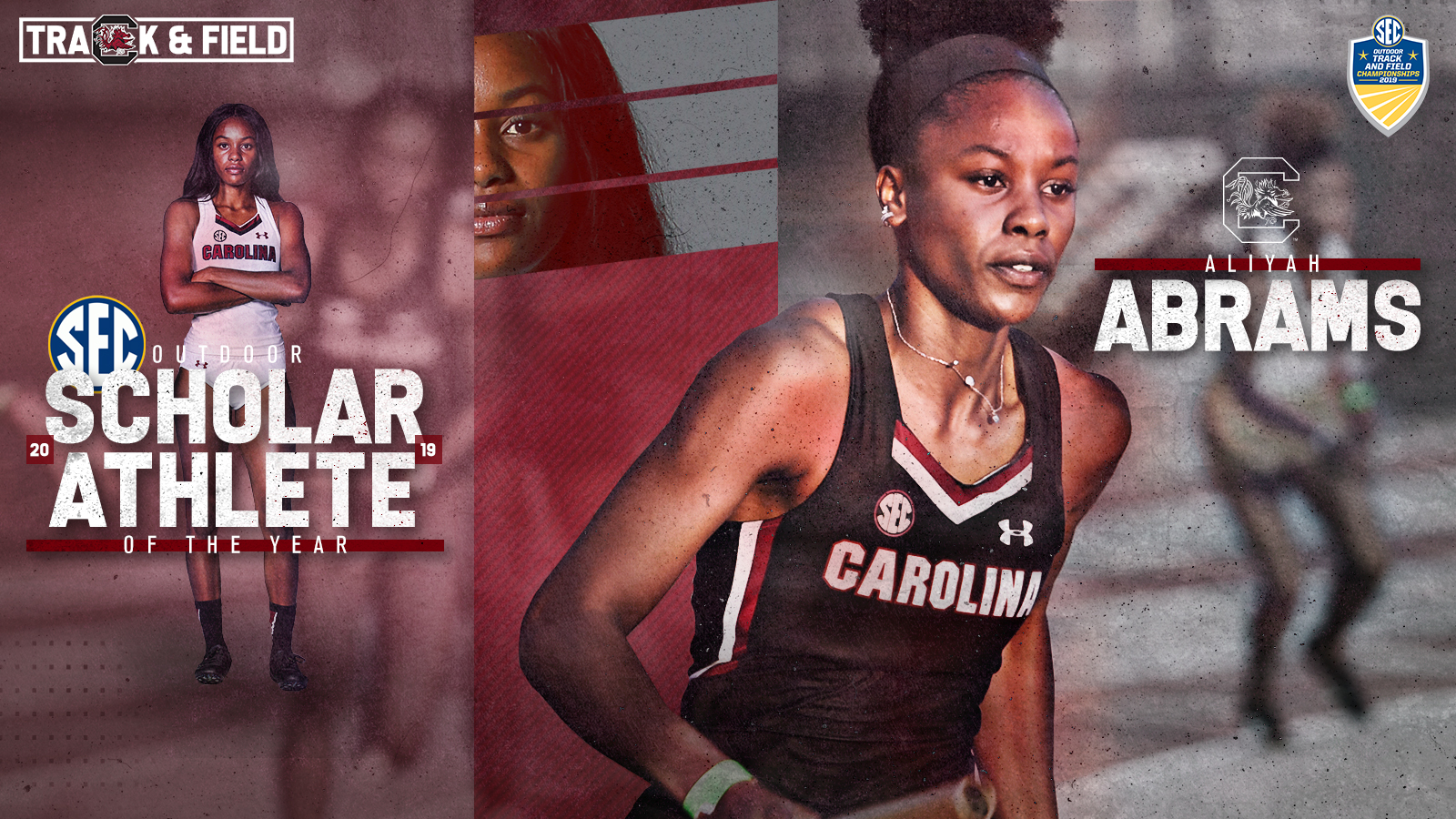 A native of Grayson, Ga., Abrams holds a 3.655 grade point average, and she will graduate from the University of South Carolina’s Arnold School of Public Health this week with a bachelor of arts in public health. She’s a three-time SEC Honor Roll selection and a two-time USTCCCCA All-Academic Team member.

“When people hear the term ‘student-athlete’, sometimes they think that person is only an athlete, but that’s not the case with Aliyah Abrams,” South Carolina head coach Curtis Frye said. “She has been the leader of the team, she’s a captain, she’s a national champion, and she’s a scholar.”

On the track, Abrams has emerged as one of the nation’s top 400m sprinters in 2019. She was part of South Carolina’s national title-winning 4x400m relay team at the NCAA Indoor Championships, and she also earned the silver medal individually in the 400m. This outdoor season, Abrams is part of the NCAA’s No. 1-ranked 4×4 squad, with a time of 3:27.53, and she also ranks 11th nationally in the open 400.