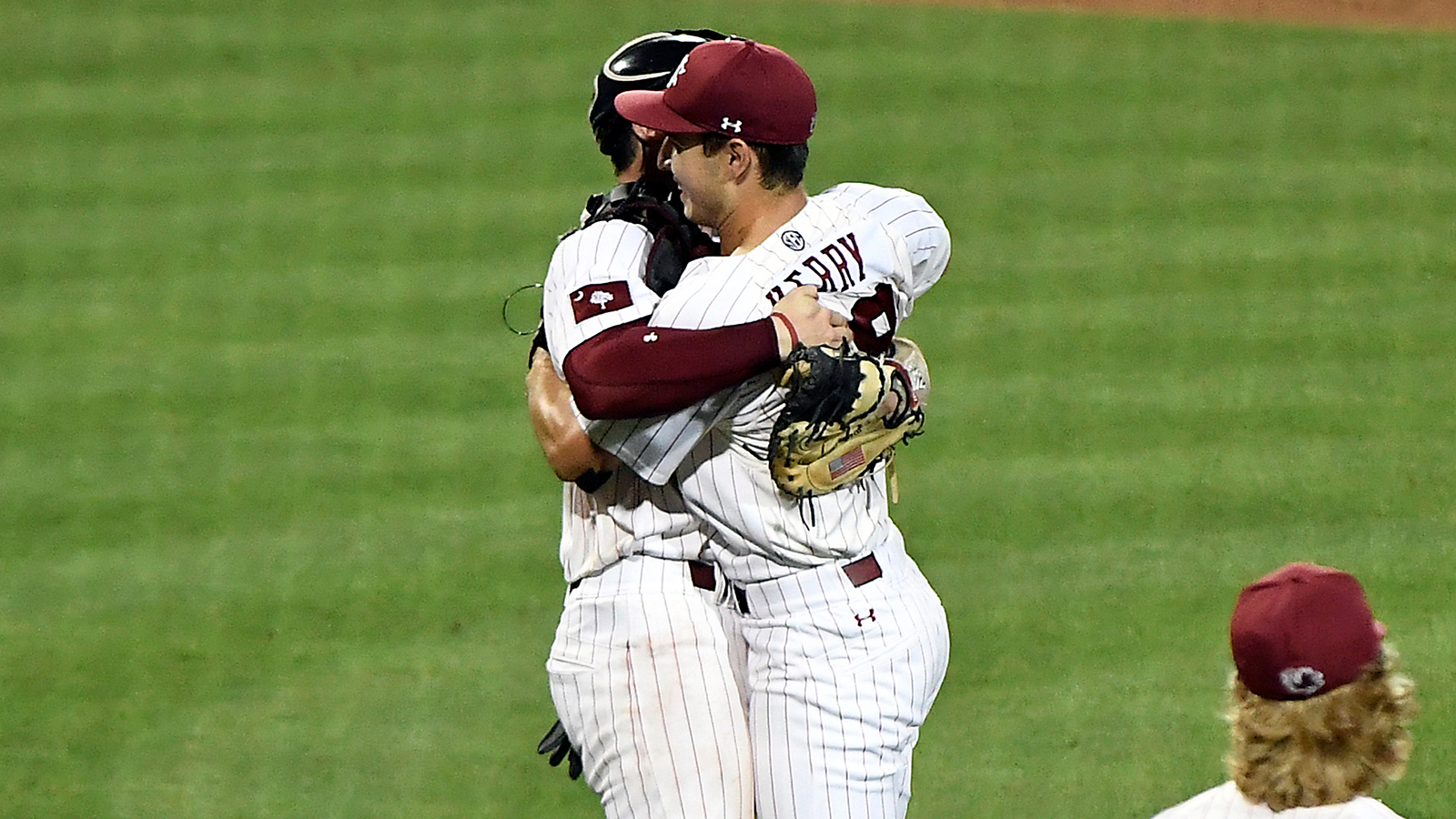 Andrew Eyster's home run in the seventh gives the Gamecocks a one-run win on Friday night.

COLUMBIA, S.C. – Andrew Eyster broke a 4-all tie with a solo home run in the seventh and the freshman trio of Cam Tringali, Dylan Harley and Brett Kerry allowed just five hits as the University of South Carolina baseball team defeated Kentucky, 5-4, to start a crucial three-game series Friday night (May 10) at Founders Park.
Eyster’
s eighth home run of the season was a big one, breaking the tie leading off the seventh. The sophomore is now hitting .300 on the season and has 26 RBI. Harley came out and retired the side in the eighth with a pair of strikeouts while Kerry had a 1-2-3 ninth to pick up his sixth save of the season.

Kentucky got on the board first in the first on a sacrifice fly form Elliott Curtis. Carolina answered with a run in the third on Noah Campbell’s sixth home run of the season, the first from the right side of the plate.

Carolina got a pair of runs in the fourth as Jacob Olson got on second on a throwing error and scored on Brady Allen’s triple. Allen then came home on a wild pitch, making it 3-1. Kentucky came back to take the lead with three in the fifth on a two-run single from Ryan Shinn and an RBI single to right by T.J. Collett.

Jonah Beamon’s squeeze bunt scored Allen in the sixth, tying the game at four and setting up Eyster’s heroics.

Eyster had two hits to lead the offense. Harley picked up the win, striking out three in 2.1 innings of relief. Cam Tringali allowed five hits and four runs with four strikeouts in a 5.2-inning start.

Eyster’s home run was the difference, but Carolina’s pitching retired six in a row after that to nail down the win.

Carolina’s offense struck out just four times on the night and outhit the Wildcats, 8-5.

Carolina and Kentucky play game two of the three-game set Sunday morning (May 11) at 11 a.m. That is a time change due to severe weather forecasted for Columbia in the afternoon.