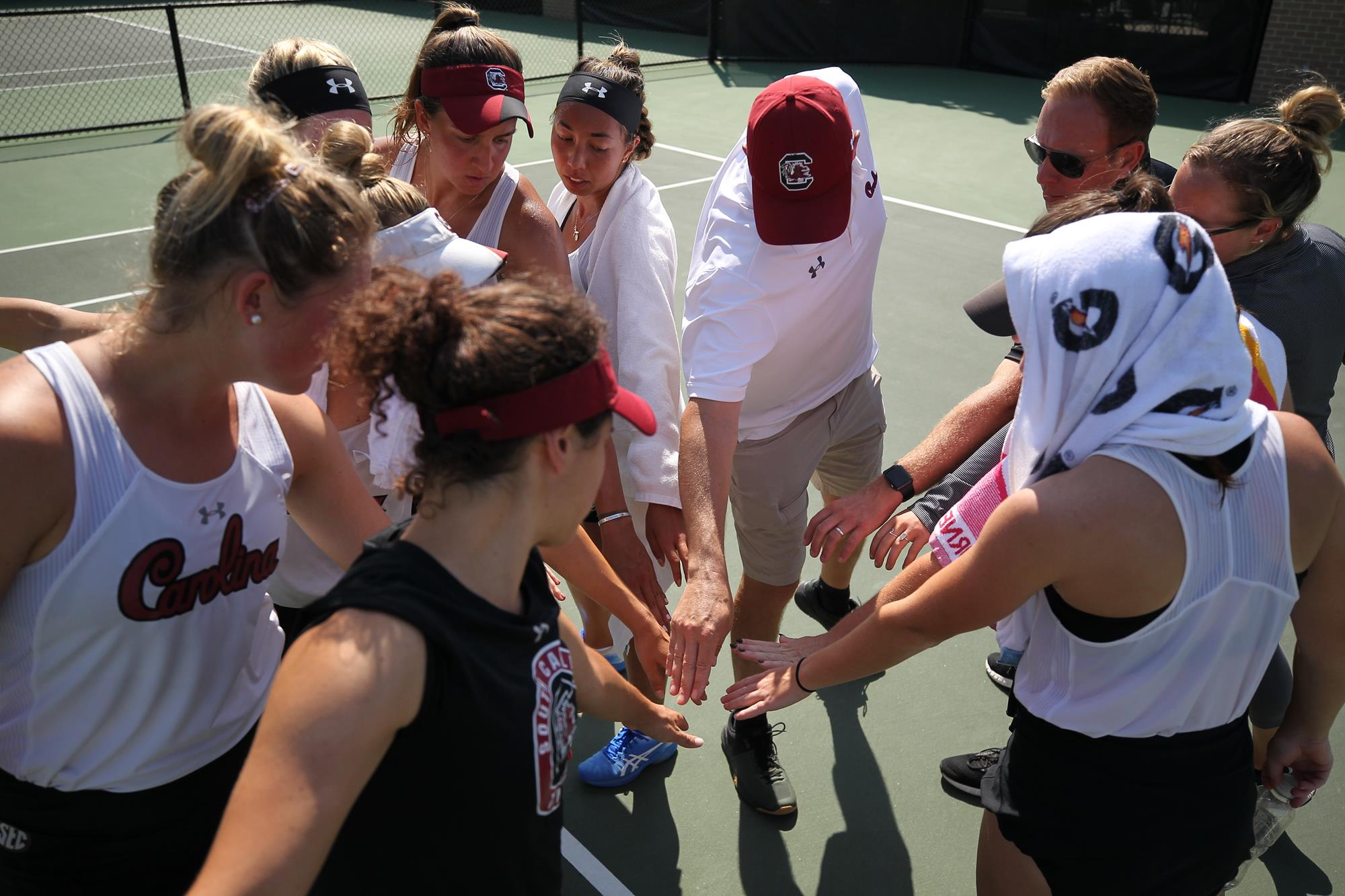 No. 4 Gamecocks Host Rematch with No. 13 Southern Cal

COLUMBIA, S.C. – The South Carolina women’s tennis team hosts Southern Cal in a rematch of the first competition of the dual season in the NCAA Championships Round of 16 on Saturday, May 11, at 9 a.m. ET at the Carolina Tennis Center.

In Australia, Carolina took the doubles point with Paige Cline and Rachel Rohrabacher getting a, 7-6 (5) win on court two against Becca Weissmann and Danielle Willson. Mia Horvit and Kennedy Wicker clinched the point, defeating Salma Ewing and Ana Neffa, 6-4, at the No. 3 spot.

“We know their team, they know our team, and some of the players will be playing a little bit different with all the matches under their belt. It’s just going to be an intense match.”

The Gamecocks head into the weekend on a 12-match winning streak, having not dropped a match since Sunday, March 17. Carolina’s two most recent wins came in the First and Second Rounds of the NCAA Championships. First, the Gamecocks blanked North Florida, 4-0. They then followed that up with a, 4-1, defeat of No. 21 Virginia, advancing to the program’s third-straight Sweet 16.

Playing at the No. 1 position, senior and No. 4-ranked Ingrid Martins has won seven matches in-a-row and is 15-2 in duals. In the last 10 matches, Martins is a perfect 7-0 with three going unfinished. Joining her with a 7-0 mark in the last 10 is No. 81-ranked junior Horvit. At the No. 3 spot, Horvit has tallied a 16-2 record in dual matches.

Senior and No. 17-ranked Cline has won four-consecutive matches and is 14-4 in dual matches at the No. 2 position. In her last 10, Cline has gone 7-1, having two go unfinished.

In doubles, No. 3-ranked Horvit and Martins are 15-4 in duals, playing on court one for the Gamecocks. At the No. 2 spot, sophomore Davies and senior Rohrabacher have recently teamed back up. The No. 39 tandem has won their last two matches and are 5-1 in duals.

“We have three very motivated seniors,” Epley said. “Seniors that have put in a lot of work and been through a lot over their careers – a lot of hardship and come out on the other end. They’re leading us through this championship. They’ve been a part of a lot of big matches. All of our seniors have been hosting here for all four years. (They’re) very experienced and they want to go further than the Round of 16 this year.”

The Trojans come to Columbia, S.C., having won their last two matches. Hosting the first two rounds of the NCAA Championships, Southern Cal earned a pair of, 4-0, wins after taking down Illinois State and then UNLV.

Playing at the No. 1 position for Southern Cal in doubles, Kulikov and Valdes are the No. 1-ranked team in the country. Together they have amassed a 15-2 record and have won three-straight matches.

Live streaming and live scoring will be available for the match and can be found on the women’s tennis schedule page on gamecocksonline.com.