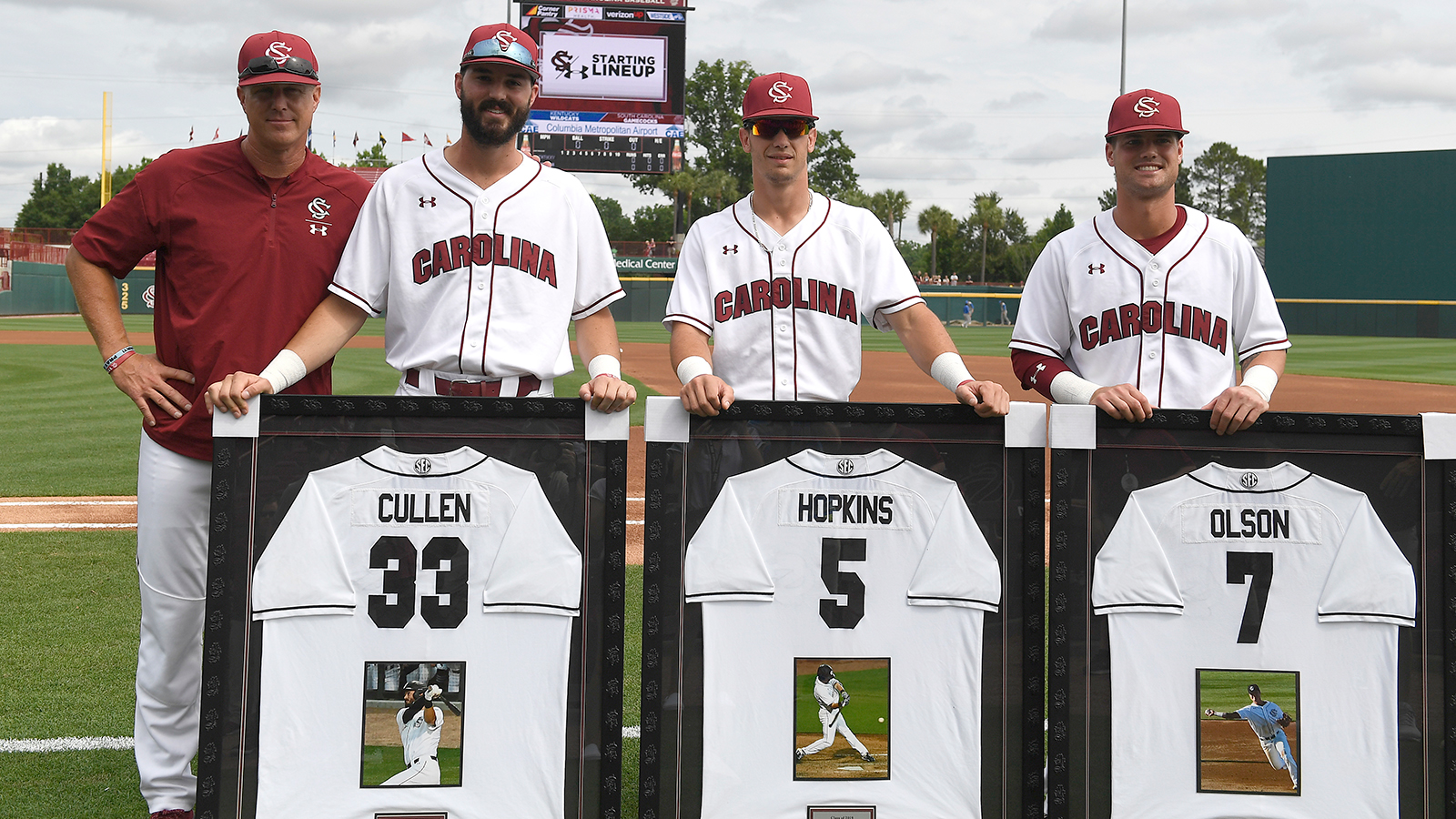 The Gamecocks scored 10 of their 11 runs with two-out in an eight-run win over the Wildcats.

COLUMBIA, S.C. – The University of South Carolina baseball team celebrated Senior Day with an offensive outburst as the Gamecocks clinched a series win with an 11-3 victory over Kentucky Saturday afternoon (May 11) at Founders Park.

The Gamecocks rattled off 13 hits and put up crooked numbers in three separate frames. Brady Allen was 3-for-5 with three RBI and two runs scored, while Noah Campbell, TJ Hopkins, Chris Cullen and Wes Clarke had multi-hit days.

Reid Morgan gave the Gamecocks a quality start to earn his fourth win of the season. He struck out eight and allowed five hits and two earned runs with no walks in six innings of work. Brett Kerry picked up his seventh save of the year, going the final three frames with five strikeouts.

Kentucky scored a run in the first for the second straight game, but once again, the Gamecocks bounced back with two runs in the third on Hopkins’ 11th home run of the season. The Wildcats retook the lead in the fifth as Elliott Curtis brought in a pair on a single to left.

Carolina took the lead for good in the sixth on home runs from Allen and Clarke. They then added on for five runs in the seventh. Allen doubled in a pair on a ball lost in the sun. Jacob Olson, Cullen and Clarke also had run scoring hits in the inning. A wild pitch brought in Hopkins in the eighth for the game’s final run.

Brady Allen and Wes Clarke both homered in a three-run sixth, giving the Gamecocks the lead for good in the 11-3 win.

Ten of Carolina’s 11 runs were scored with two out.

Carolina and Kentucky will play another 11 a.m. game on Sunday morning (May 12). This is another time change due to weather. The game will be televised on SEC Network.