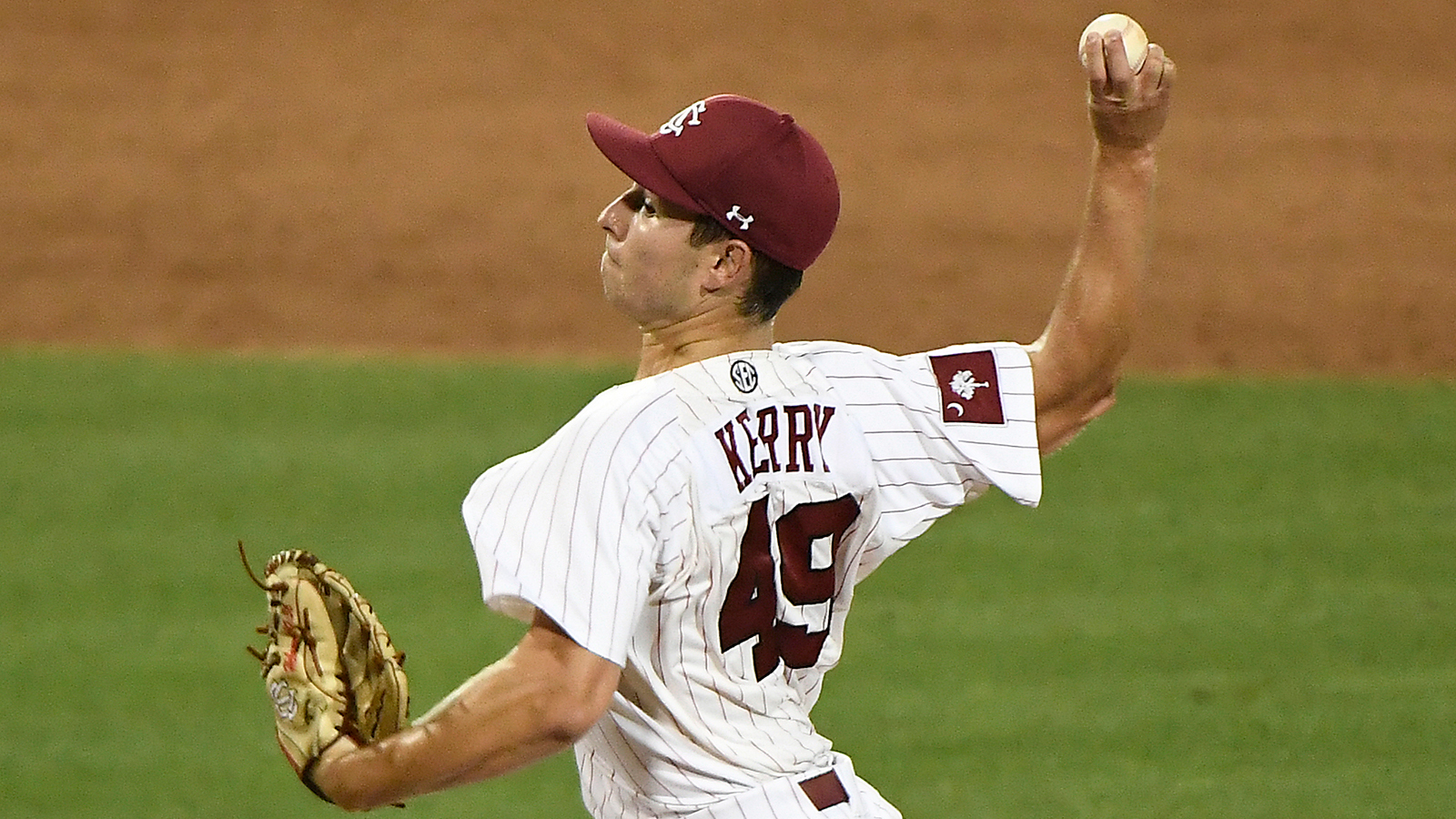 Brett Kerry picked up a pair of saves in a series win over Kentucky.

BIRMINGHAM, Ala. – Coming off picking up a pair of saves in the series win over Kentucky, Brett Kerry has been named the Southeastern Conference Baseball Freshman of the Week, it was announced this afternoon (Monday, May 13) by the league office.

Kerry was dominant in the back of the bullpen to help the Gamecocks clinch a series win over Kentucky. The freshman needed just seven pitches in the ninth on Friday, recording a strikeout to pick up the save in the 5-4 victory. Then on Saturday, Kerry was asked to pitch the final three frames and struck out five of his 10 batters faced. The only hit he gave up was on an infield single in the ninth.

This is the second time that Kerry has received a weekly conference honor. He was named Co-Freshman of the Week on March 4.

Carolina closes out the home portion of its schedule on Tuesday night (May 14) as the Gamecocks host USC Upstate. First pitch is set for 7 p.m.