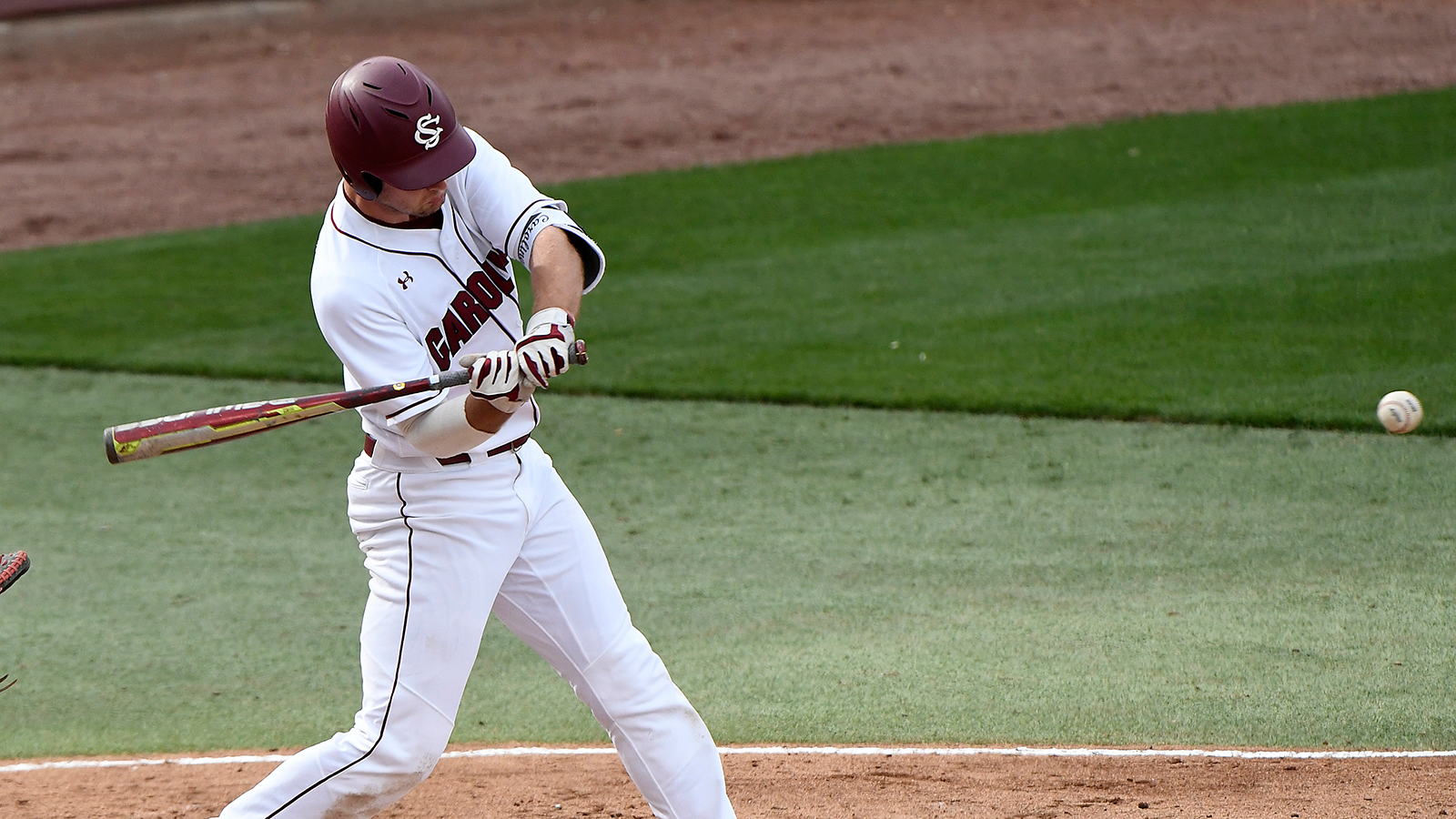 The Gamecocks fall, 24-7, to the Bulldogs to open the three-game series.

The Gamecocks opened the scoring in the first on back-to-back doubles from TJ Hopkins and Andrew Eyster. Then in the second, that duo connected again as Hopkins walked, stole second and scored on Eyster’s second double of the game and 12th of the season.

Mississippi State came back with four runs in the third inning, just one which was earned. The inning had a pair of errors, three walks and a hit by pitch. The Bulldogs then went up 5-2 in the fourth on Josh Hatcher’s first home run of the season. Mississippi State scored five runs on five hits in the fourth frame, the big hit on a two-run single from Rowdey Jordan.

The Bulldogs came back with a seven-run fifth frame, sending 10 men to the plate on five hits. The big blow was a grand slam from Dustin Skelton. Carolina scored a run in the sixth on an RBI groundout by Ian Jenkins, but Mississippi State answered with a pair in the bottom half as Landon Jordan led off with a home run. The Bulldogs scored a run in the seventh and added five in the eighth.

Carolina put up four in the ninth as Cole Ganopulos, Jacob Olson, Jenkins and Josiah Sightler all had run-scoring hits.
Eyster
was 3-for-3 on the day with two RBI and a run scored. Hopkins added two runs and a hit while Jenkins drove in a pair.

For Mississippi State, Tanner Allen was 5-for-5 with four runs scored and three RBI and both Jordan’s – Rowdy and Landon – had three hits on the day.

Carolina jumped out to a 2-0 lead, but Mississippi State scored 16 unanswered runs to put the game out of reach.

Eyster’s three hits puts the sophomore over .300 (.301) in batting average this season.