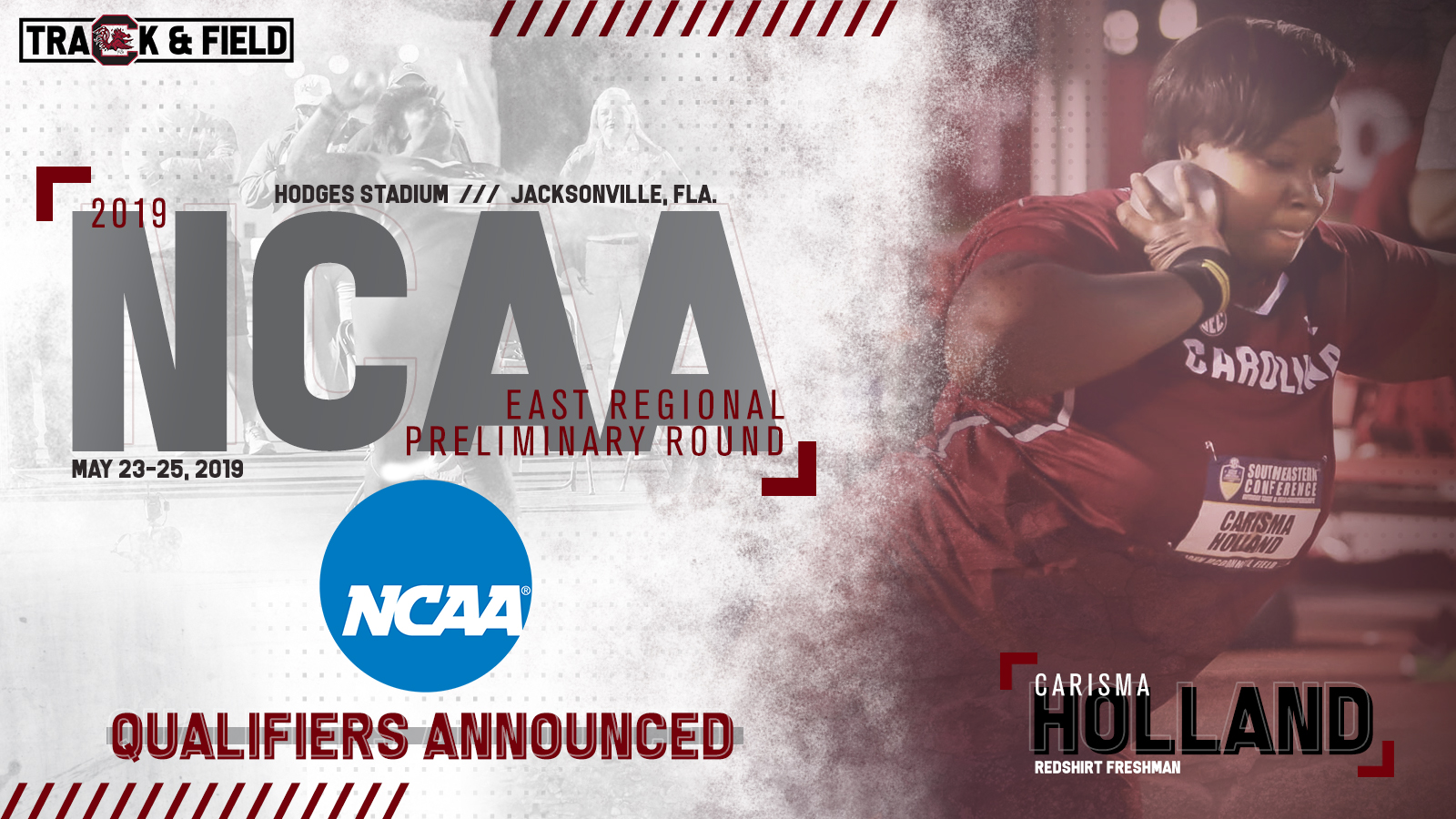 INDIANAPOLIS, Ind. — The University of South Carolina track & field program learned its postseason fate on Thursday afternoon as 2019 NCAA East Regional Preliminary Round qualifiers were announced. The Gamecocks will send 22 individual entries and three relay squads to Hodges Stadium in Jacksonville, Fla., from May 23-25.

In order to qualify for the meet, student-athletes must rank inside of the region’s top-48 in an individual event or top-24 in a relay after scratches. Once in Jacksonville, the top-12 finishers in both individual and relay competitions will qualify for the NCAA Championships, to be held June 5-8 in Austin, Texas.

The South Carolina men’s squad features three student-athletes ranked in the top-three in the East Regional in their event. Quincy Hall is listed second in the 400m hurdles, at 50.23, and Yann Randrianasolo ranks second in the long jump, at 8.07m. In the 110m Hurdles, Isaiah Moore holds the No. 3 spot with a time of 13.25.

The Gamecock women’s squad is led by their 4x400m relay quartet of Stephanie Davis, Aliyah Abrams, Tatyana Mills and Wadeline Jonathas, which is ranked not only tops in the region but also first in the nation with a time of 3:27.53. Individually, Jonathas (51.19) is ranked second in the 400m, while Abrams (51.92) sits fourth.

Several of the Gamecocks making their regional debuts have prior NCAA postseason experience. Chance, Hall and Jonathas were each first-team All-Americans at the 2019 NCAA Indoor Championships, and Jonathas was a nine-time national champion at the Division III level. Stanley competed for the 4x100m relay team last season, qualifying out of regionals to the NCAA Championships.

On the flip side, two-time All-American Moore will make his fourth and final NCAA East Regional appearance in Jacksonville, as will senior 800 runner Otis Jones. Five additional Gamecocks (Abrams, Ben Bonhurst, Eric Favors, Randrianasolo and Armand Woodley) will compete at the regional meet for the third time.

Stone’s qualification into the NCAA postseason is especially notable. The sophomore will run the 10000m in Jacksonville; she’s the first Gamecock since Kayla Lampe in 2013 to qualify for regionals at a distance longer than 800m.

A full list of Gamecock qualifiers, along with their qualifying marks and regional rankings, is below.

“We’re sending another big group to the regional meet, and our kids are excited. I’m especially proud of the balance our team has shown this season; we have sprinters, hurdlers, distance runners, throwers, pole vaulters and jumpers that have made it to the NCAA postseason, and that’s a testament to the great job our coaching staff has done. Once you get to this point, the playing field levels out, and all of our kids have confidence that they can perform their best in this situation and qualify for the national meet in Austin. We put our student-athletes in pressure situations throughout the season with the goal of making it to and then advancing out of this meet. I can’t wait to get started.”- Head Coach Curtis Frye