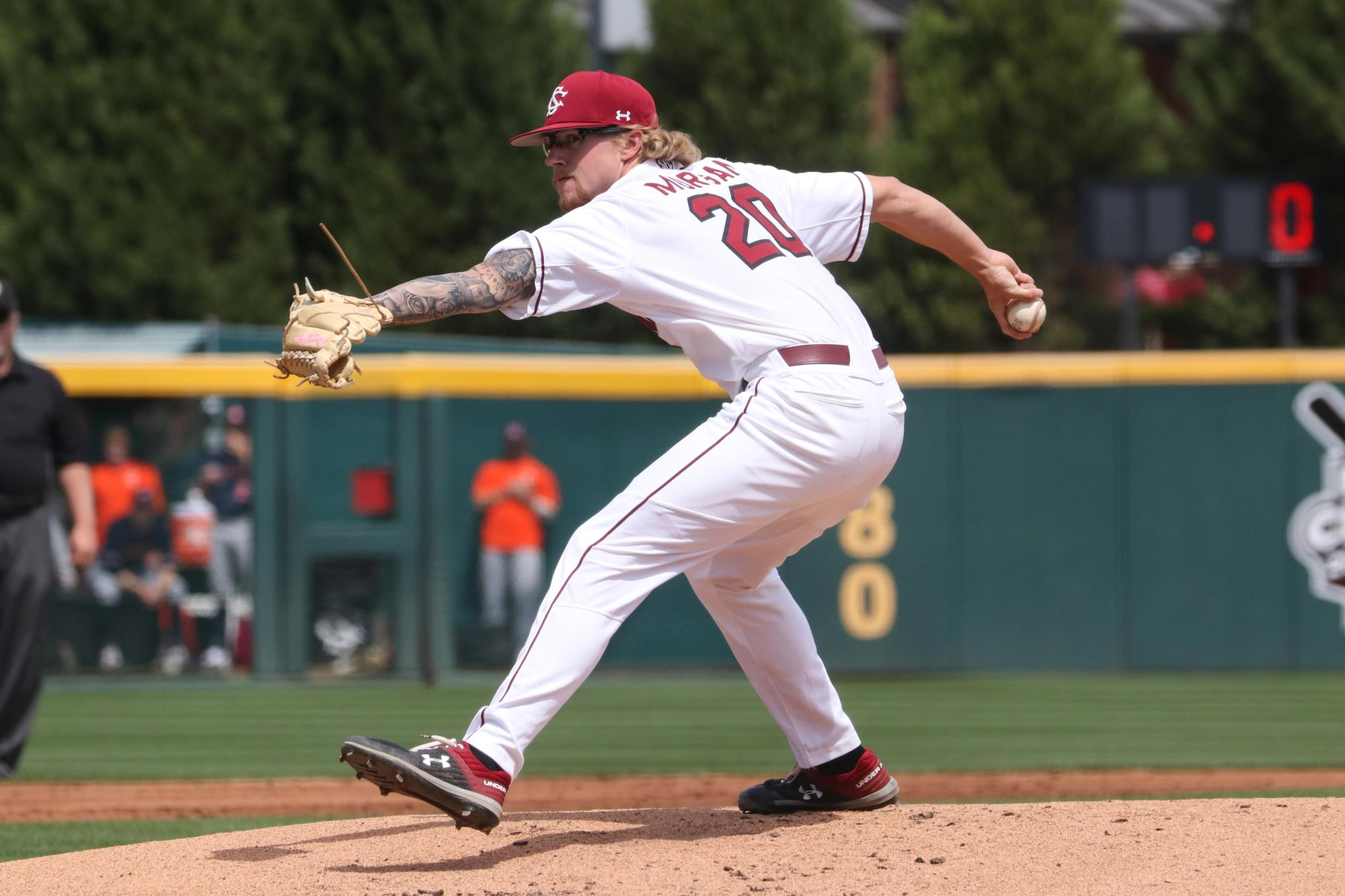 Late Innings Hurt Baseball In Loss at No. 5 Mississippi State

The Gamecocks allow nine runs in the seventh and eighth frames in a loss to the Bulldogs.

STARKVILLE, Miss. – No. 5 Mississippi State broke a 2-all tie with four runs in the bottom of the seventh inning as the Bulldogs clinched a series win in an 11-2 victory over the University of South Carolina baseball team Friday night (May 17) at Dudy Noble Field.

Reid Morgan pitched six strong innings for the Gamecocks, but Josh Hatcher led off the seventh with a solo home run to left. The Bulldogs then scored three unearned runs off three Gamecock errors as Jordan Westburg and Tanner Allen had RBI hits in the seventh.

For the second straight night, the Gamecocks struck first, this time with a pair of runs in the top of the third. Chris Cullen led off with a single. He went to second as Jonah Beamon’s bunt was good enough for both Gamecocks to be safe. After a flyout, Andrew Eyster walk loaded the bases. Cullen trotted home on a wild pitch. After another walk, this one to Wes Clarke, Beamon scored on a wild pitch, giving Carolina a 2-0 lead.

The Bulldogs tied the game at two in the fourth on RBI’s from both Jordan’s – Rowdey and Landon.

Mississippi State added insurance in the eighth with five runs, two from Hatcher’s second home run of the game.

Morgan was tagged with the loss, allowing three earned runs with four strikeouts and eight hits and no walks in seven innings. Berryhill had two hits to lead Carolina’s offense.

Josh Hatcher led off the bottom of the seventh with a solo home run to left, giving Mississippi State a 3-2 lead.

Carolina has had six errors in the series, including three in the seventh inning of Friday’s game.

Carolina will wrap up the 2019 regular season Saturday afternoon with a 1 p.m. CDT (2 p.m. EDT) first pitch against No. 5 Mississippi State. The game will be streamed on SEC Network +.