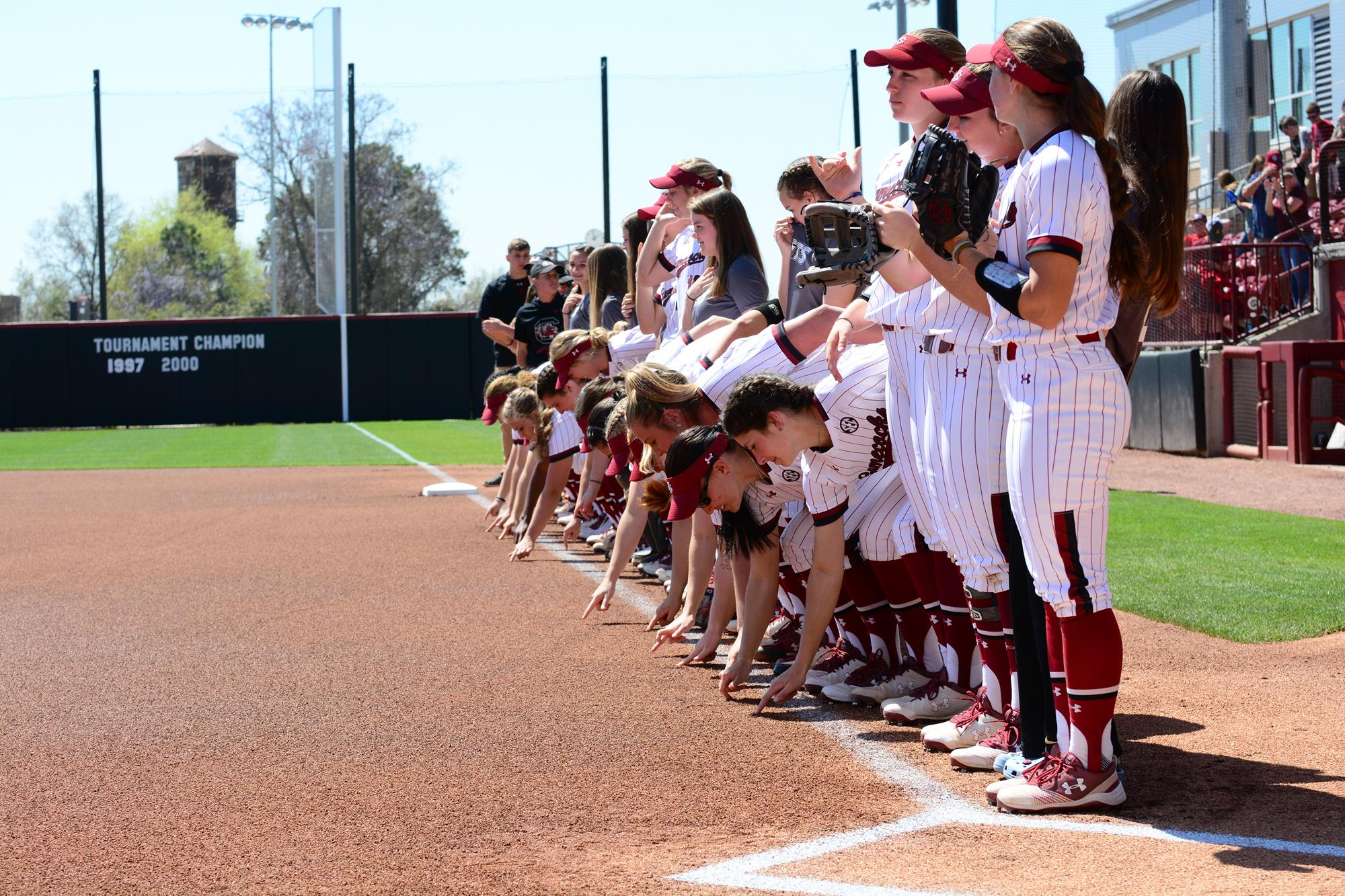 Carolina to play in loser's bracket game at 2:30 tomorrow

TALLAHASSEE, Fla. —- South Carolina softball dropped a 3-2 game to South Florida in the opening contest of the Tallahassee Regional on Friday. A combination of walks at the plate and solid pitching in the circle off the arm of USF’s Georgina Corrick moved the Bulls to the winner’s bracket on Saturday.

Carolina now awaits the loser of the Florida State and Bethune-Cookman game in the double-elimination tournament. First pitch of the win-or-go-home contest will be at 2:30 PM ET tomorrow afternoon. Television designations will be determined later tonight.

The Gamecocks responded quickly, though, as Kennedy Clark doubled to the gap in left center to score Mackenzie Boesel from first to tie the game at 1-1.

A scoreless second inning for both teams was followed with a run in the third and fourth for the Bulls to give them the 3-1 lead through four that they wouldn’t surrender.

Carolina made things interesting with an RBI double in the bottom of the fifth off the bat of Boesel to score Haley Simpson from first to make it a one-run game but it wasn’t enough as the Bulls pushed on to the 3-2 victory.

Boesel, Clark, Maguire and Simpson had hits on the afternoon for the Gamecocks.

Cayla Drotar took the loss in the circle. Two of the three USF runs on the afternoon came off walks with bases loaded.

With the win USF’s Corrick moved to 25-4 on the year in the circle.

For more information on the Gamecocks, including television announcements for tomorrow, continue to check back with gamecocksonline.com.