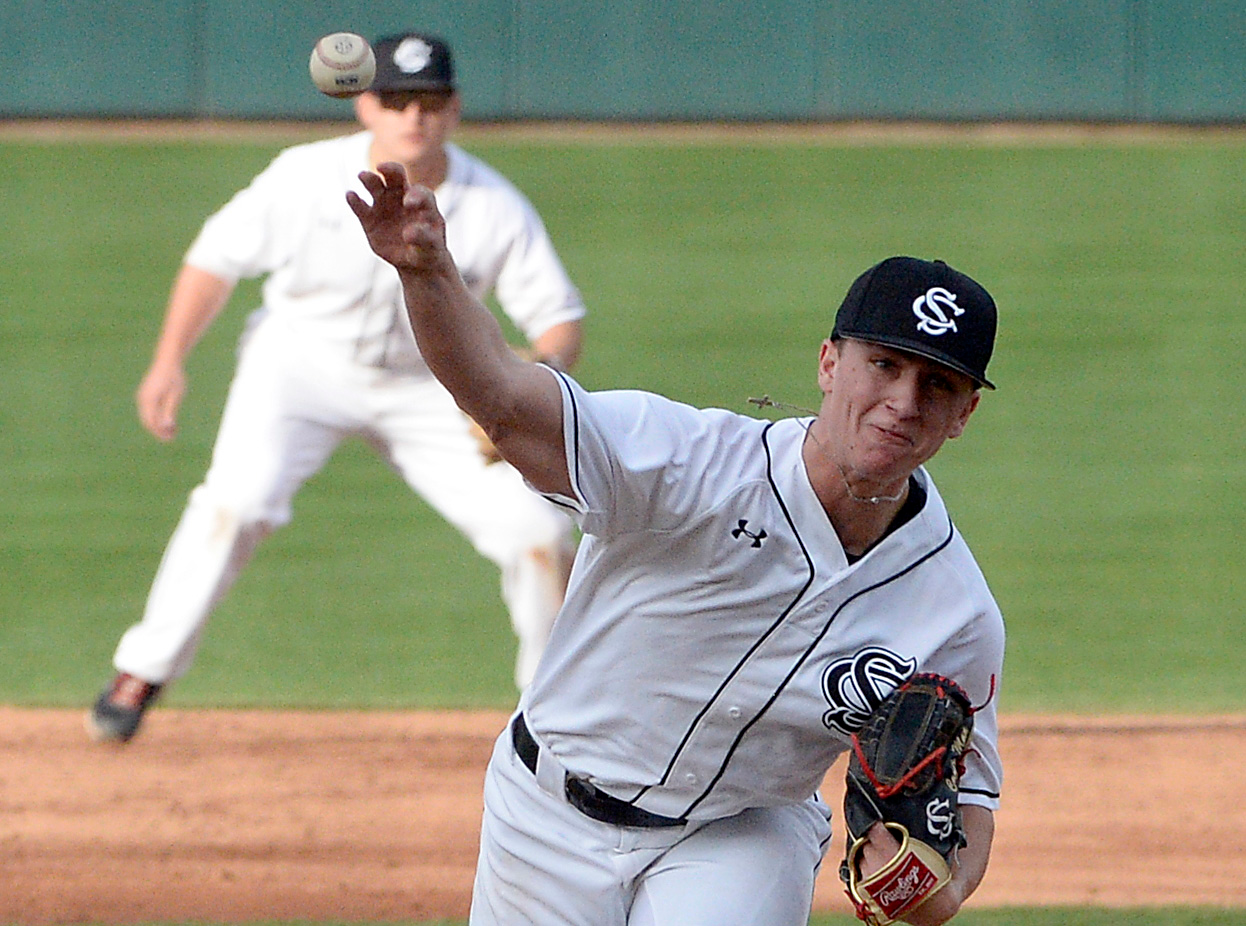 The Gamecocks earned a berth in the SEC Tournament after a 10-8 win over Mississippi State.

COLUMBIA –The University of South Carolina baseball team went 2-2 this week, defeating USC Upstate in the midweek and winning Saturday’s game at No. 5 Mississippi State to qualify for the SEC Tournament.

NOTES:
The Gamecocks won the regular-season finale, defeating No. 5 Mississippi State, 10-8, behind Brett Kerry’s 6.1 solid innings on the mound and Andrew Eyster’s two home runs. Carolina will play in its 27th SEC Tournament, making the field every year it has been in the league except in 1996.

Kerry now is 4-1 on the year with a 2.62 ERA and 65 strikeouts in 58.1 innings pitched. The Clemmons, N.C., native has been named SEC Freshman of the Week twice, including on May 13. Kerry also has a .200 opponent’s batting average and seven saves in 22 appearances.

Luke Berryhill was big in the Mississippi State win, driving in four runs, including a three-run home run in a big four-run seventh inning. Berryhill leads the Gamecocks with 47 RBI to go with 15 doubles and 12 home runs this season. He also has caught all but three games for Carolina this season.

The Gamecocks opened the week with a 1-0 win over USC Upstate at Founders Park. Jonah Beamon’s single to left scored pinch runner Jacob English for the game’s lone run.

Parker Coyne was big in both Carolina wins this week. Coyne earned the start on Tuesday, striking out six and allowing just three hits with no runs or walks in a five-inning start. Coyne then picked up the save in Saturday’s win at Mississippi State, striking out three and allowing three hits and a run in 1.2 innings of work.

Carolina will face LSU in the fourth game of the day on Tuesday in Hoover. The two teams also played last season, with the Tigers winning 6-4 in 12 innings.