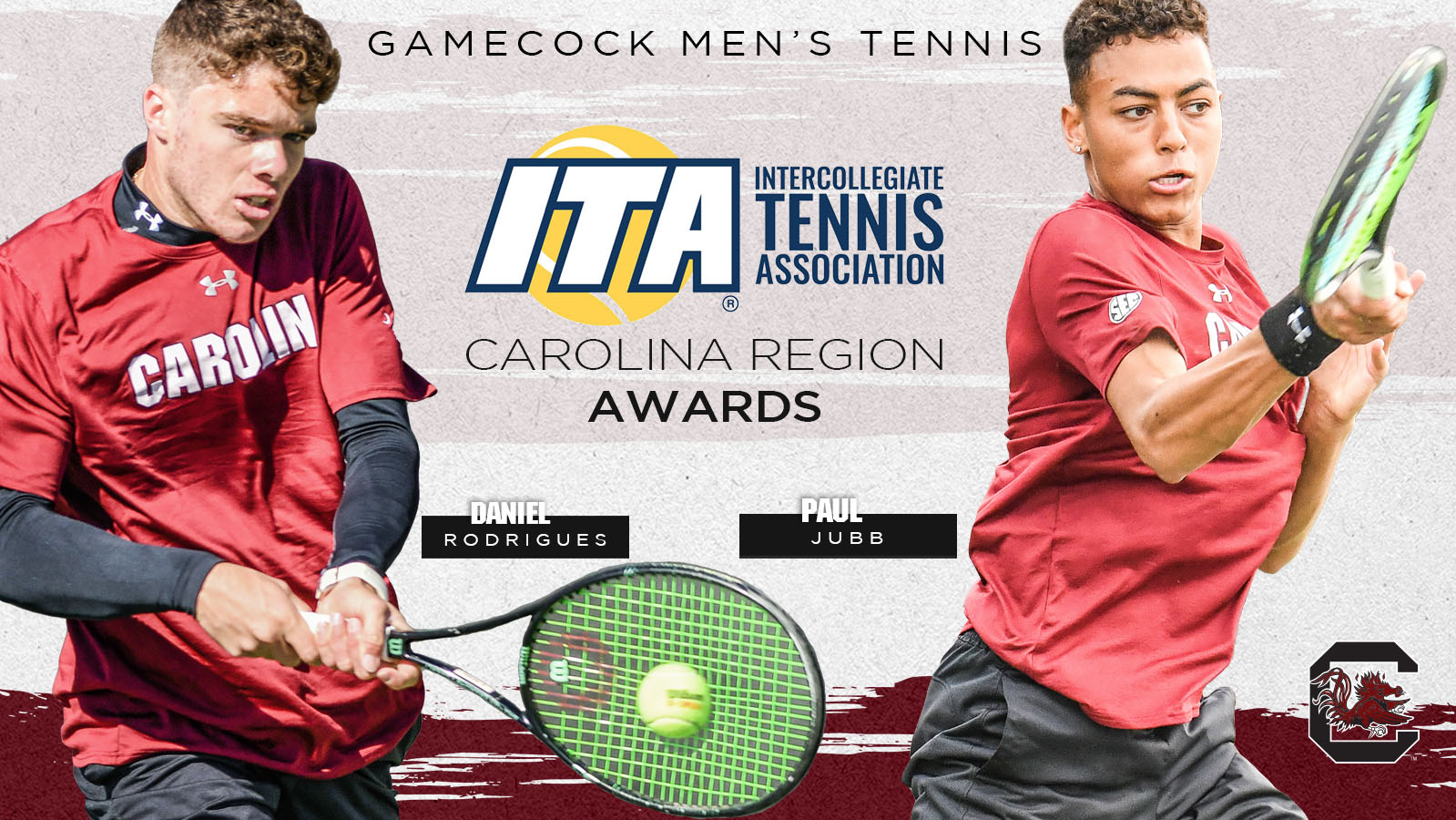 Putting together one of the best seasons in Gamecock men’s tennis history, Jubb enters the NCAA Singles Championship next week as the No. 5 player in the nation behind a 32-4 record that includes a school-record 17 wins over nationally ranked opponents. He was a First-Team All-SEC selection after posting a school-record 11 SEC wins at the No. 1 spot in the singles lineup – more than any other Gamecock has amassed in that position in a career. His 11-4 SEC record set the school record for SEC winning percentage at .916, and he is among the program’s top three in three other single-season rankings.

Jubb is the fourth Gamecock to earn the Carolina Region Arthur Ashe Jr. Leadership and Sportsmanship Award and the first since 1999 (Olof Akesson). The regional winners of this award are now in contention for the ITA/Rafael Osuna National Award, which will be announced on Sunday. He would be the second Gamecock to capture that award after Chris Mayotte in 1979.

Including Rodrigues, four Gamecocks have earned Carolina Region Rookie of the Year honors with Andrew Adams being the most recent in 2012. Rodrigues is now eligible for ITA National Rookie of the Year recognition, which will be announced on Sunday. He would be just the second Gamecock to claim that award, joining Vladmimir Pavicevic (1998).