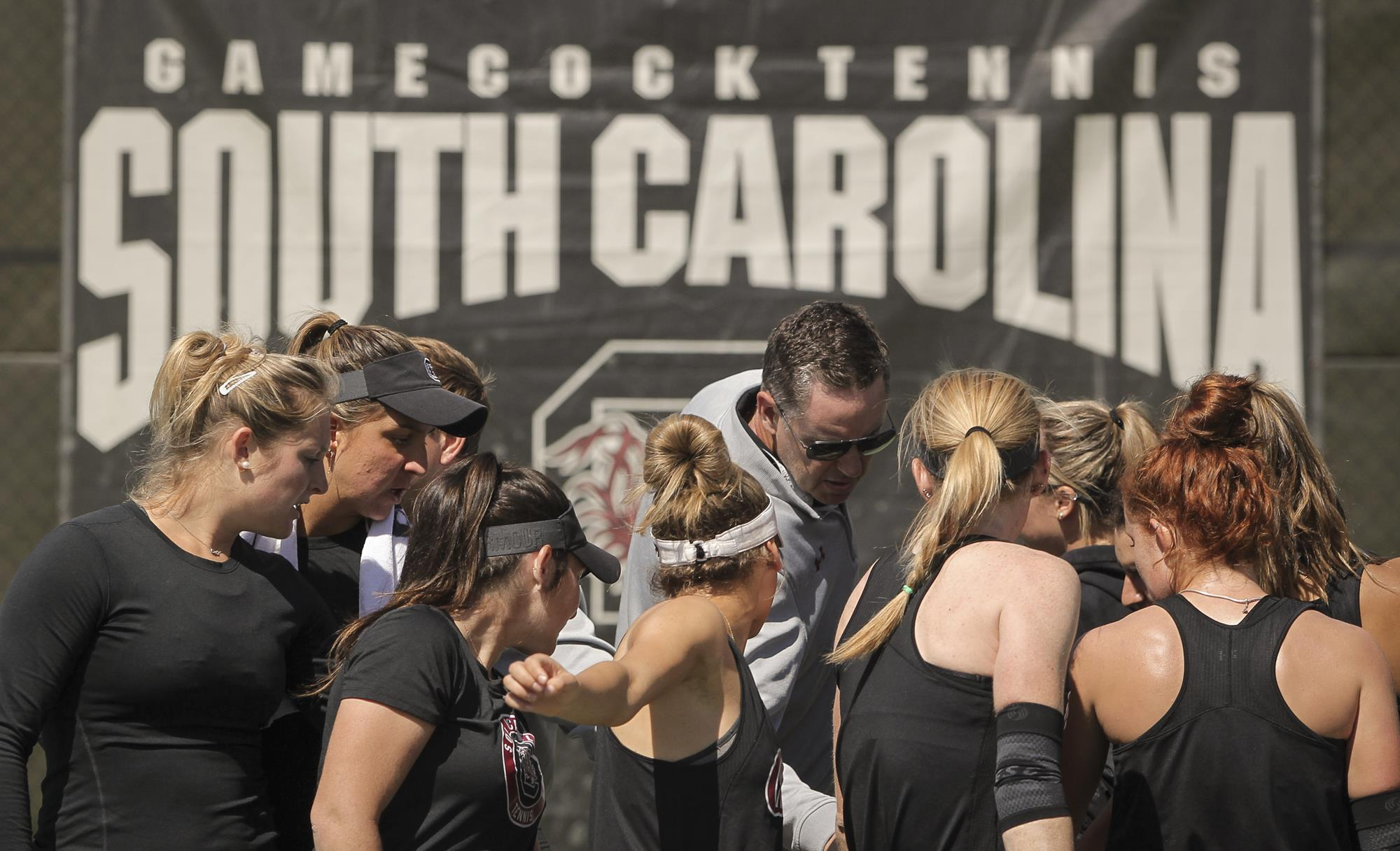 ORLANDO, Fla. – The South Carolina women’s tennis team dropped a heartbreaker to Duke on Friday night, 4-1, in the quarterfinals of the NCAA Championships at the USTA National Campus.

The No. 4-ranked Gamecocks end their season with a 23-4 overall record and 12-1 mark in SEC play. Carolina’s quarterfinals finish ties the program’s best, matching the 1982 and 2009 seasons.

South Carolina fell in doubles to the No. 5 Blue Devils by virtue of wins on courts one and three. At the No. 1 position, No. 3-ranked Mia Horvit and Ingrid Martins lost to No. 47 Kelly Chen and Ellyse Hamlin, 6-3. On court three, Silvia Chinellato and Paige Cline dropped their match to Maria Mateas and Margaryta Bilokin, 6-2.

Starting singles with a deficit, the Gamecocks were looking to turn things around. Duke claimed the first singles match and extended its lead, 2-0, after No. 17 Cline was not able to overcome No. 33 Meible Chi on court two, 7-5, 6-0.

Needing three wins for the victory, South Carolina was battling in third sets on the final three courts with the team cheering between the courts. Playing closely in all three matches, the Gamecocks fell just short with a Duke victory on court six. Margaryta Bilokin topped Rachel Rohrabacher, 3-6, 7-5, 6-2, ending the match, 4-1, in favor of the Blue Devils.

Up next, Cline, Horvit and Martins will compete in the singles and doubles tournament starting Monday. Martins is the No. 4 seed in the singles bracket and Cline will participate as a No. 9-16 seed. In doubles, Horvit and Martins will take the court as a No. 5-8 seed. Brackets are yet to come out for the individual tournaments and will be released Sunday night prior to competition.