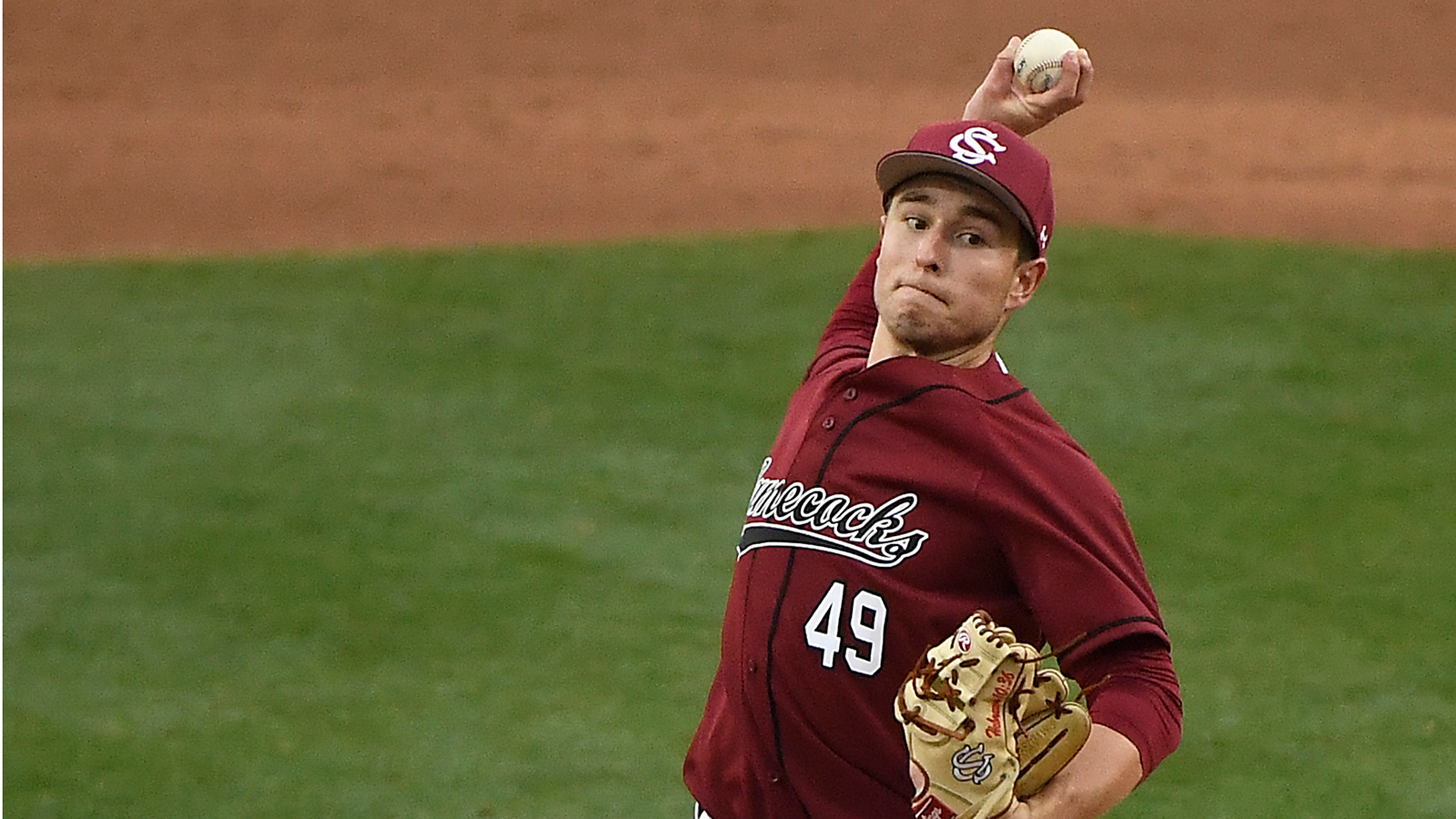 BIRMINGHAM, Ala. – Freshman righthanded pitcher Brett Kerry has been named to the Freshman All-Southeastern Conference (SEC) team, as announced by the league office this afternoon (Monday, May 20). Kerry becomes the 22nd Gamecock to earn this honor as he is one of 12 rookies honor by the conference.

Kerry enters SEC Tournament play with a 4-1 record and a 2.62 ERA with seven saves in 22 appearances and two starts. He has held opponents to a .200 batting average and has 65 strikeouts in 58.1 innings pitched. In the SEC, Kerry is 2-1 with a 2.95 ERA with four saves and 39 strikeouts in 42.2 innings. The freshman helped the Gamecocks get into the SEC Tournament after striking out four and allowing just five hits and two runs in 6.1 innings in a win over No. 5 Mississippi State.

Kerry is a two-time SEC Freshman of the Week (March 4, May 13). He had seven strikeouts in 3.1 innings pitched in a win over Clemson on March 1 and had saves in back-to-back wins against Kentucky on May 10 and 11. He has pitched in three innings or more in 10 appearances, including a career-high 6.1 on Saturday.

Kerry and the Gamecocks open SEC Tournament play Tuesday night (May 21) against LSU. First pitch is set for 30 minutes after the Tennessee-Auburn game, which starts at 4:30 p.m. CDT (5:30 p.m. EDT).

*Tie (Ties are not broken)