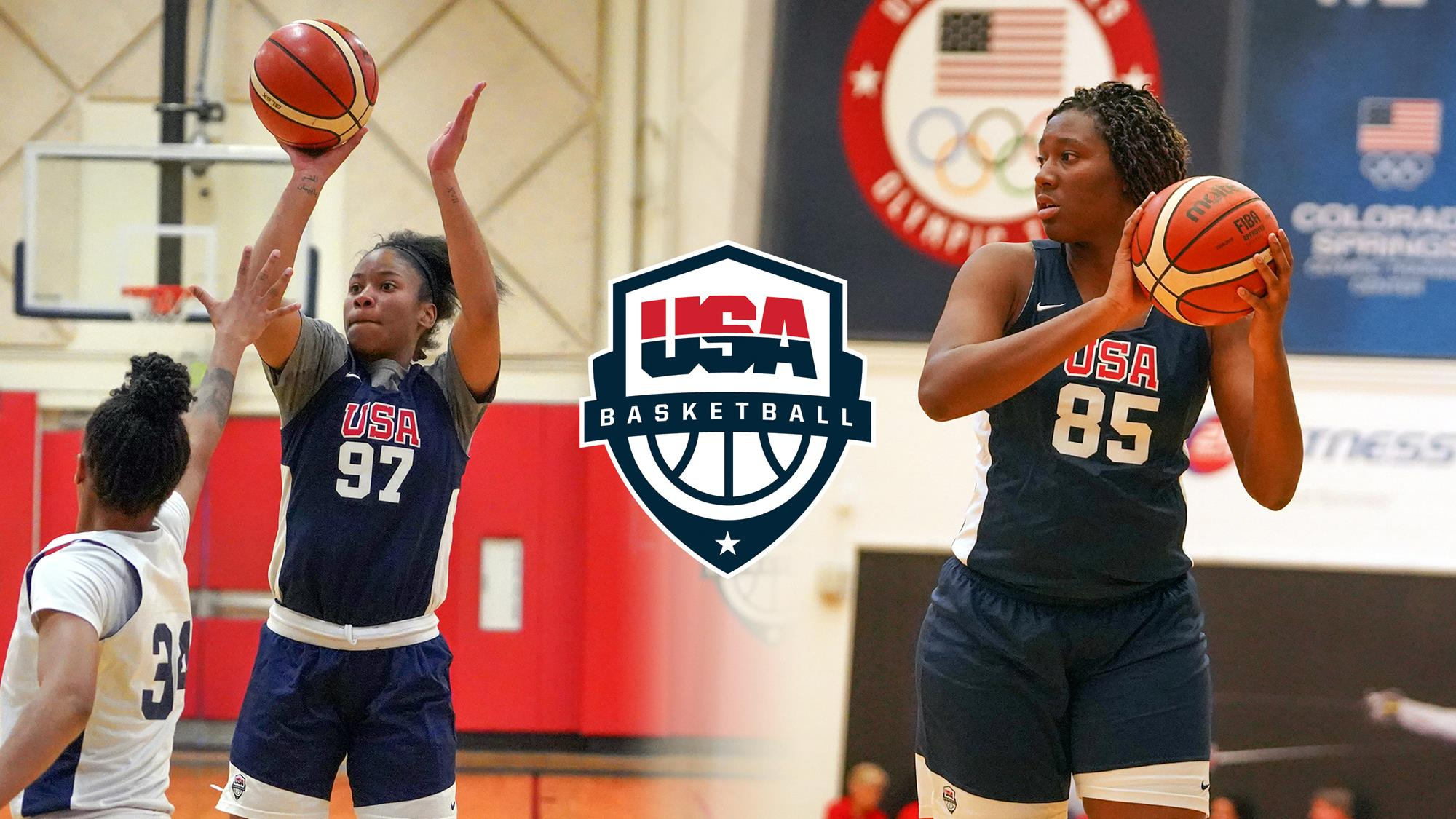 Pair of Gamecocks Set for International Competition This Summer

COLUMBIA, S.C. – South Carolina incoming freshman Aliyah Boston and rising senior Tyasha Harris were selected to compete for the United States in international competition this summer, USA Basketball announced. Boston will be part of the U.S. team traveling to Bangkok, Thailand, for the 2019 FIBA Women’s U19 World Cup (July 20-18). Harris was selected this morning as part of the team representing the U.S. at the 2019 Pan American Games in Lima, Peru (Aug. 6-10).

Boston’s selection is her fourth with USA Basketball, and she has medaled in each of the previous three. She earned MVP honors while helping the U.S. to a gold medal at the 2017 FIBA U16 Americas Cup. She led the team with 11.8 points and 8.6 rebounds per game at that event. The next year, her team-high 11.3 points per game and tournament-best .654 field goal percentage helped deliver a gold medal at the 2018 FIBA U17 World Cup for the U.S. and a spot on the All-Tournament Team for her. Also in 2018, Boston was part of the USA Basketball 3×3 team that won gold at the 2018 Youth Olympic Games.

Boston will join the Gamecocks in 2019-20 as the No. 3 overall player in the Class of 2019. She was a WBCA and Naismith Second-Team All-America selection after her 17.3 points, 10.6 rebounds and 3.2 blocks per game helped Worcester Academy to a 24-1 record and its second-straight New England Prep School Athletic Council Class A championship. She is a three-time Massachusetts Gatorade Player of the Year and was named the 2019 USA Today Massachusetts Player of the Year.

Harris will be working on her third international medal with USA Basketball. She helped the U.S. to a gold medal in the 2016 FIBA U18 Americas Cup with 10.6 points per game and a team-high 5.4 assists per outing. Her 27 assists at the event are the all-time USA U18 record, and her assist average ranks second. In 2017, she was part of the silver medal team at the FIBA U19 World Cup, where she again led the team in assists with 5.7 per game to go with her 8.0 points per game. With just seven turnovers in seven games, she boasted a 5.7 assist-to-turnover ratio at the event. The U.S. is 14-1 with Harris on the team.

At South Carolina, Harris is a two-time All-SEC SEC Second-Team selection and WBCA honorable mention All-American. Her 5.3 assists per game last season ranked 30th in the nation, and she ranked eighth in the country in assist-to-turnover ratio (3.2). She lifted those numbers to 6.2 assists per game and 3.3 assist-to-turnover ratio in SEC action as the led the Gamecocks to a second-place finish in the regular season. Over her three seasons, she has helped South Carolina to the 2017 National Championship, 2018 NCAA Elite Eight and the 2019 NCAA Sweet 16. She is fourth in program history with 513 career assists, just 102 away from the program record.

Boston and Harris are continuing a long South Carolina tradition of representing USA Basketball on the international stage. At least one current Gamecock has made a USA Basketball appearance every year since 2014.

For all South Carolina women’s basketball updates, continue to check back with GamecocksOnline.com or follow the team on social media (@GamecockWBB).