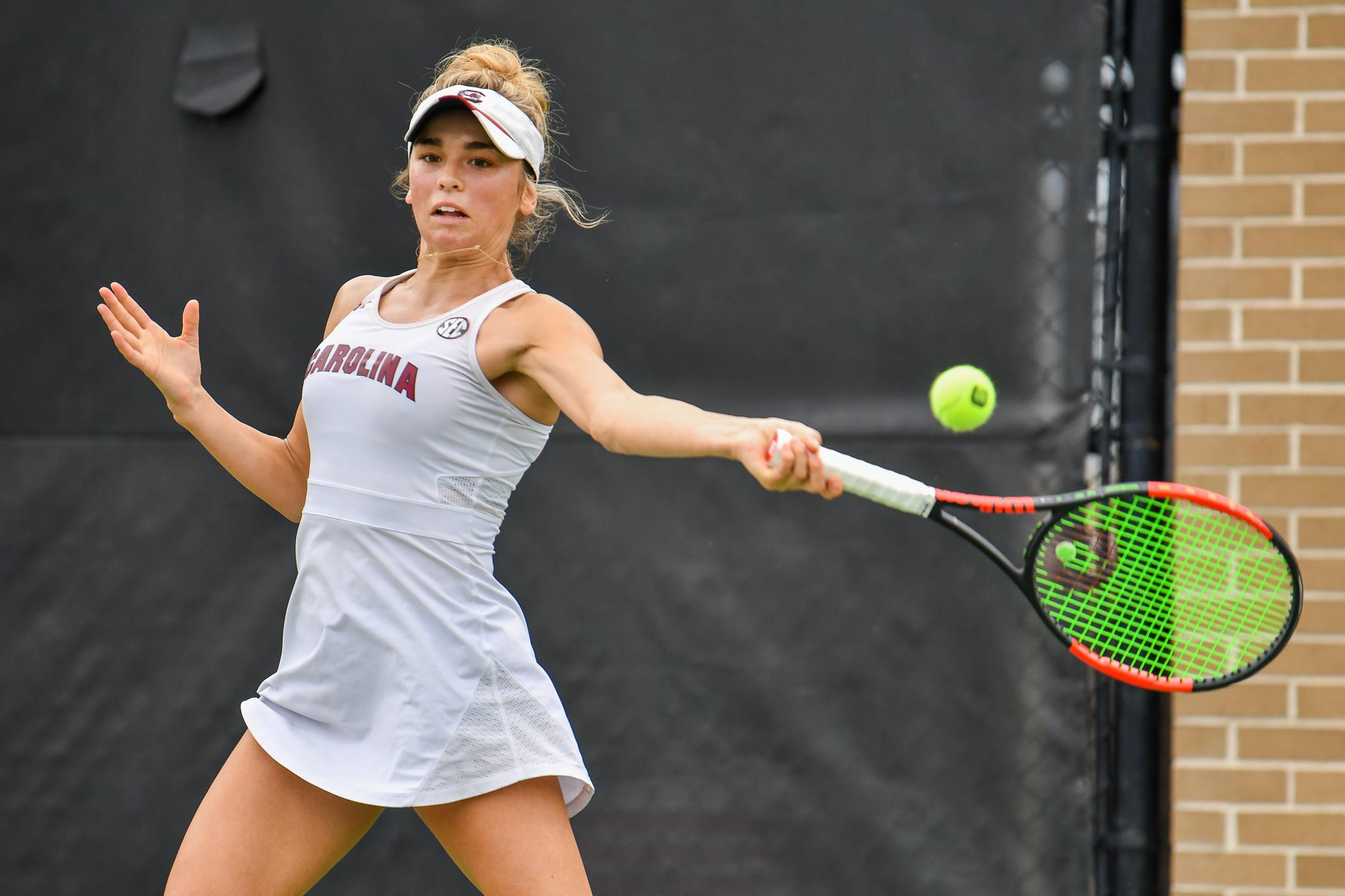 Carolina out of Singles; Ready for Doubles

ORLANDO, Fla. – South Carolina seniors Ingrid Martins and Paige Cline dropped their matches on the opening day of competition in the NCAA Singles Championship on Monday at the USTA National Campus.

First up on the day, No. 4-seeded and ranked Martins faced off against Michigan’s No. 47 Chiara Lommer. Martins started strong, acing a serve to go up, 1-0, in the first set. Battling back-and-forth, the two were tied at 3-3. Lommer broke away, taking the first set, 6-3. In the second set, Martins was not able get the comeback, falling to Lommer, 6-3, 6-3.

Playing a late match, No. 9-16 seed and No. 17-ranked Cline took the court opposite of No. 25 Katarina Stresnakova from Oklahoma State. Stresnakova claimed the first set, 6-2. Making it a closer match in the second set, the two traded games and sat tied, 4-4. Stresnakova took two-straight games, ending the match, 6-2, 6-4.