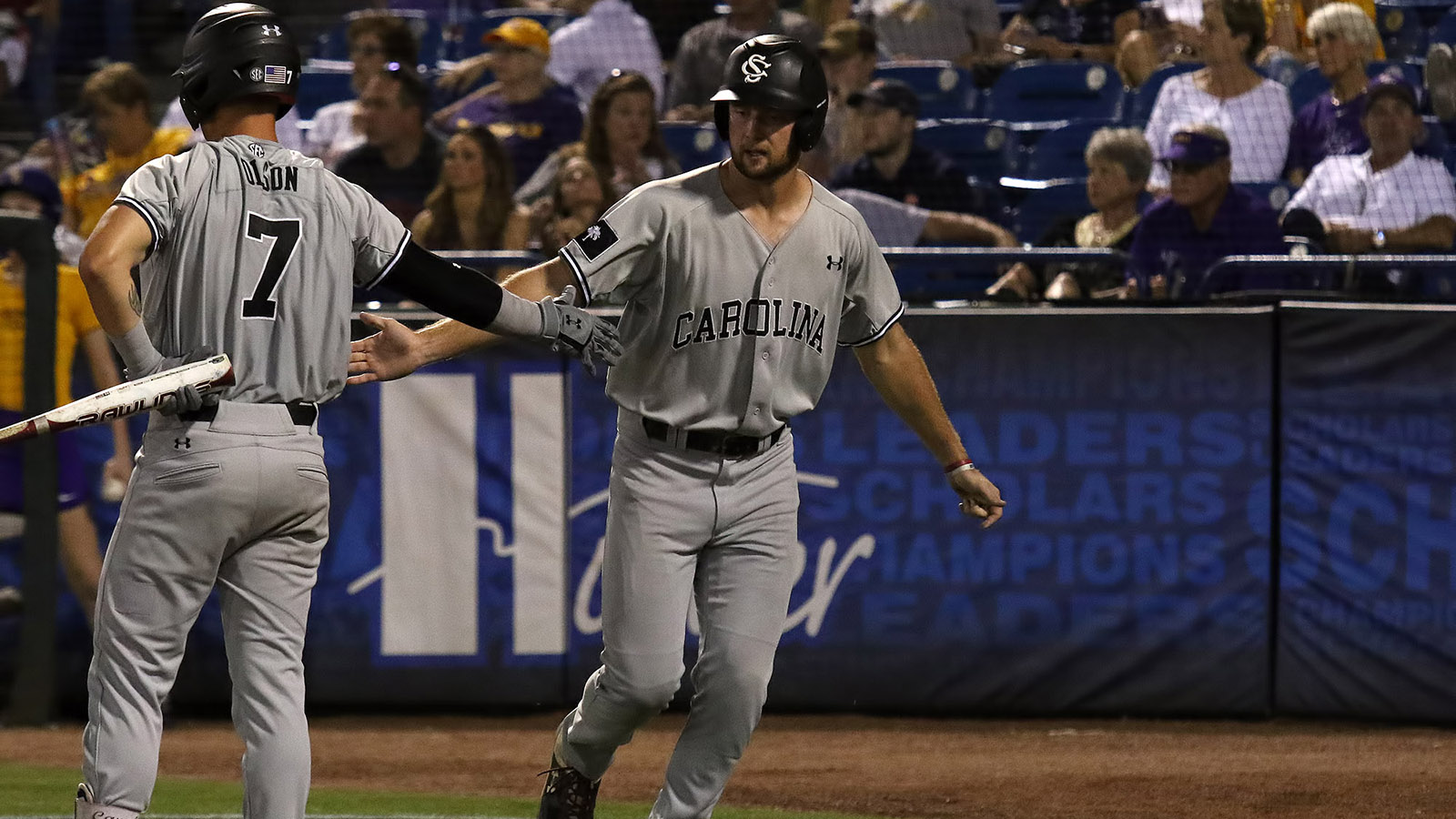 The Gamecocks see their season comes to a close in Hoover.

HOOVER, Ala. – The University of South Carolina baseball team scored five runs in the top of the second inning, but LSU kept chipping away and overtook the Gamecocks in the fourth inning in an 8-6 win over the Gamecocks in the opening round of the SEC Tournament Tuesday night (May 21) at the Hoover Met.

The Gamecocks’ season comes to a close with the loss to the Tigers. LSU struck first with a solo home run from Josh Smith to lead off the bottom of the first, but the Gamecocks answered with a five-spot in the second. Brady Allen reached on a one-out single and went to second as George Callil went to first on catcher’s interference. Both runners scored on Chris Cullen’s double to the gap in left. Cullen came home on Andrew Eyster’s single to left and two runs came across as Luke Berryhill singled to center.

The Gamecocks shut down the LSU offense after that as freshman Wesley Sweatt pitched 3.1 scoreless innings, striking out three and allowing just two hits. Carolina plated a run in the eighth on a sacrifice fly from TJ Hopkins but the Gamecocks went in order in the ninth, bowing out of the SEC Tournament.

Campbell and Eyster had two hits apiece for Carolina, while Berryhill and Cullen drove in a pair of runs. Parker Coyne took the loss, allowing four runs and seven hits in 1.2 innings. Cam Tringali pitched the first three frames, allowing four hits and three runs with a strikeout.

LSU scored three runs in the fourth inning off of four hits, taking a 6-5 lead it would hold until the end of the game.

Both teams left runners on base, as the Gamecocks stranded nine and LSU left 10 on in Tuesday’s game.