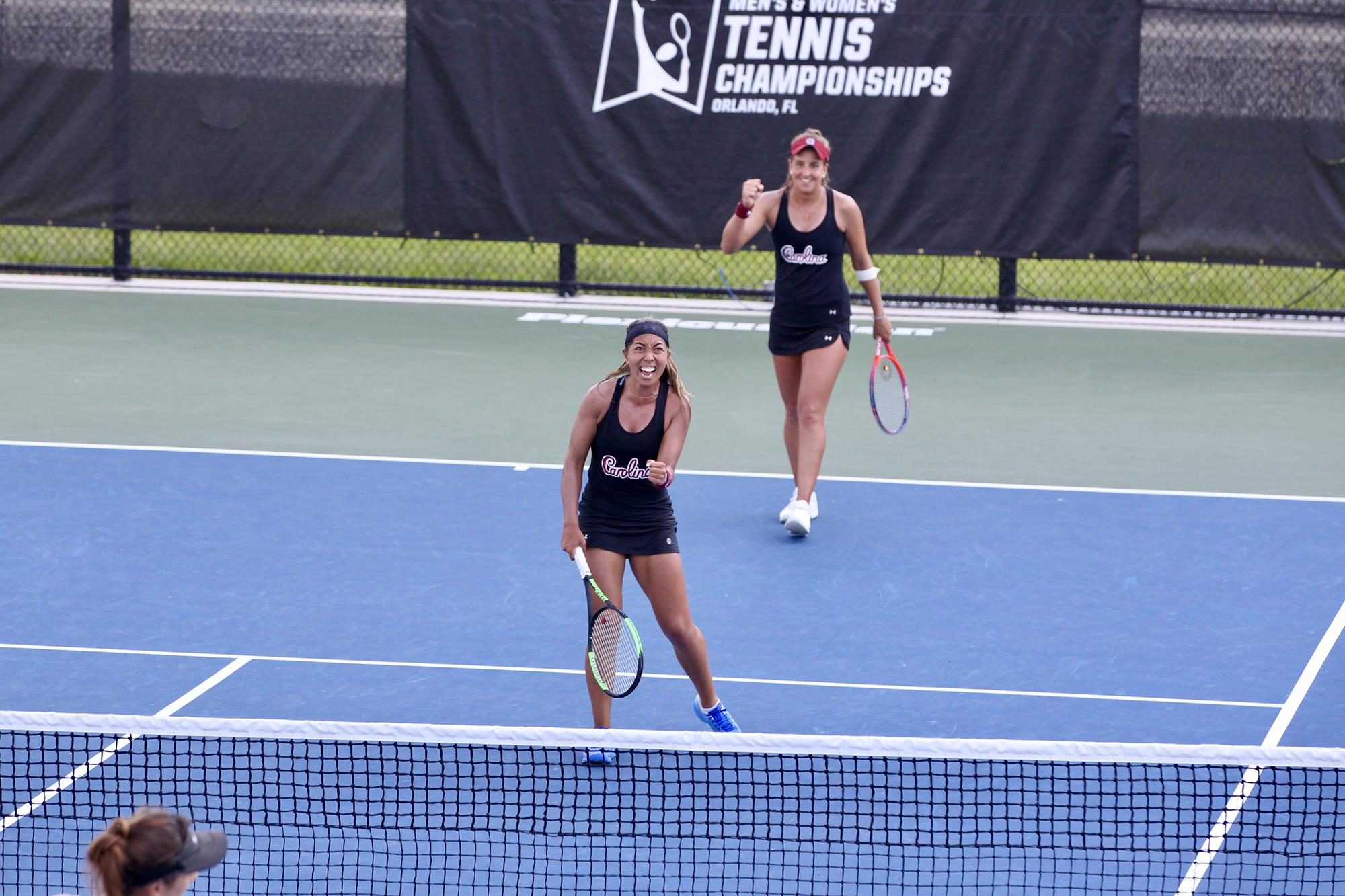 Horvit and Martins in Quarterfinals of NCAA Doubles Championship

ORLANDO, Fla. – The South Carolina women’s tennis team’s doubles tandem of senior Ingrid Martins and junior Mia Horvit advanced to the quarterfinals of the NCAA Doubles Championship after a straight-set win on Wednesday at the USTA National Campus.

With their victory, Horvit and Martins are the first doubles team to make the quarterfinals of the tournament since Hadley Berg and Paige Cline in 2016.

In the first set, the No. 3-ranked and No. 4-seeded Gamecock duo took a quick, 2-0, lead over No. 22 Tiffany Mylonas and Hikaru Sato of Washington State. The Cougar’s won two-straight games, tying it, 2-2. Horvit and Martins found their groove, taking three games in-a-row, going up, 5-2. In the end, the Gamecocks won the first set, 6-3.

Horvit and Martins went up big in the second set, 5-1, opposite of Mylonas and Sato. WSU’s pair made it interesting, claiming two games and bringing it within two, 5-3. Horvit and Martins finished it out, winning their match in identical sets, 6-3, 6-3.

Up next, Carolina’s tandem competes against NC State’s No. 7-ranked Anna Rogers and Alana Smith who are also a No. 5-8 seed in the bracket.