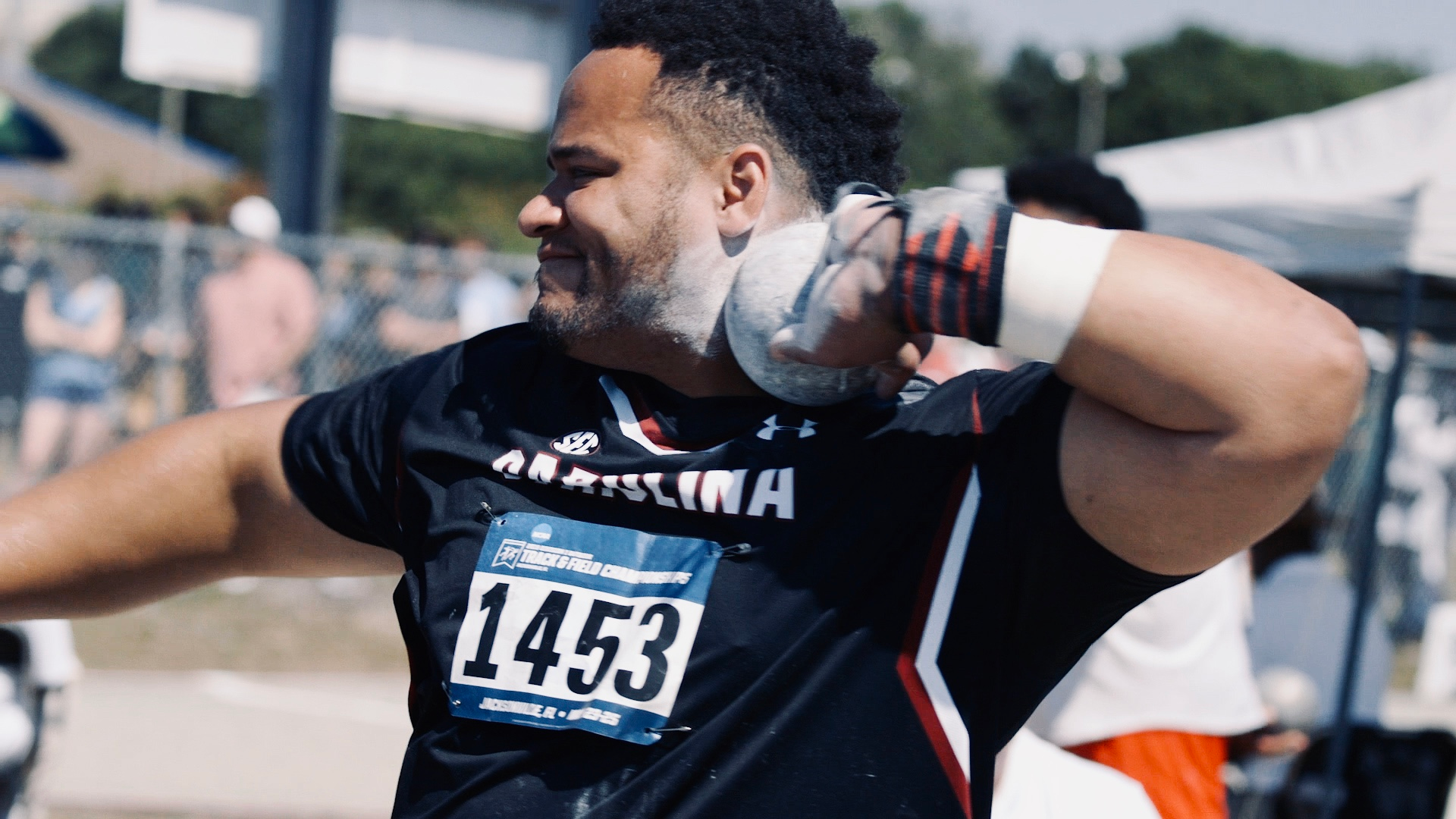 JACKSONVILLE, Fla. — It was a banner Saturday for the University of South Carolina track & field team as the Gamecocks earned four more bids to the 2019 NCAA Outdoor Championships. Eric Favors (men’s shot put) and Isaiah Moore (men’s 110m hurdles) booked individual tickets to the national meet, and the Gamecocks qualified in both the men’s and women’s 4x400m relays to finish the weekend at the 2019 NCAA East Regional.

The day started with men’s shot put, where Favors took care of business early and secured his NCAA berth on his first attempt. The redshirt junior was measured at 19.11m (62-8 ½) and finished eighth overall to book his first trip to nationals. The throw was the fourth-best outdoor attempt in South Carolina history, and it gives the Gamecocks a men’s shot put entry at outdoor nationals for the fourth-straight year.

Carolina’s second qualifier of the day was Moore, who turned on the jets late in his 110mH quarterfinal heat to win easily with a time of 13.51. The NCAA Championships berth is his third, and he’ll head to Austin looking for another first-team All-America performance. Both Favors and Moore compete on Wednesday, June 5.

The Gamecocks were at the front of the pack throughout their women’s 4x400m relay heat, as Stephanie Davis, Abrams, Tatyana Mills and Jonathas ran a facility-record 3:28.17, including a 50.13 anchor leg, to clinch their spot a nationals. After winning the event at the NCAA Indoor Championships in March, the quartet continues their quest for a second national title on Thursday, June 6.

The last Gamecock bid went to the men’s 4x400m relay team. Arinze Chance, Jones, Hall and Ty Jaye Robbins were automatic qualifiers by finishing second in their heat with a mark of 3:04.35. The quartet will head to Austin looking to score again for Carolina after collecting first-team All-America honors indoors.

The Gamecocks finished 13th in the women’s 4x100m relay. Davis, Jonathas, Abrams and Makyla Stanley ran a time of 43.94, just short of the 12th and last qualifying spot, which went to Ohio State in 43.92.

For the second-straight year, sophomore Caitlyn Little ended her campaign by running a season best in the 100m hurdles quarterfinal round. Little finished 19th on Saturday, posting a time of 13.37.

Redshirt freshman Carisma Holland finished 21st in the shot put in her first trip to the East Regional. Her best throw was her last, which measured 15.86m (52-0 ½).

“Eric is truly what we call a ‘student-athlete.’ He’s captain on the team and a guy who works hard every day. He redshirted, and we’ve got him back next year. He’s making his first trip to the NCAA Championships, which is awesome. I’m proud of him and his hard work. He’s a great example for the rest of our team.”

“I have high hopes for both of those relay teams. Both of them work hard, and they’ve got great groups of young people. We’re looking forward to going to Austin and making an impact.”- Head Coach Curtis Frye

The 2019 NCAA Outdoor Championships will be held June 5-8 in Austin, Texas, as the Gamecocks join the top collegiate track & field student-athletes in the country in the quest for national titles.