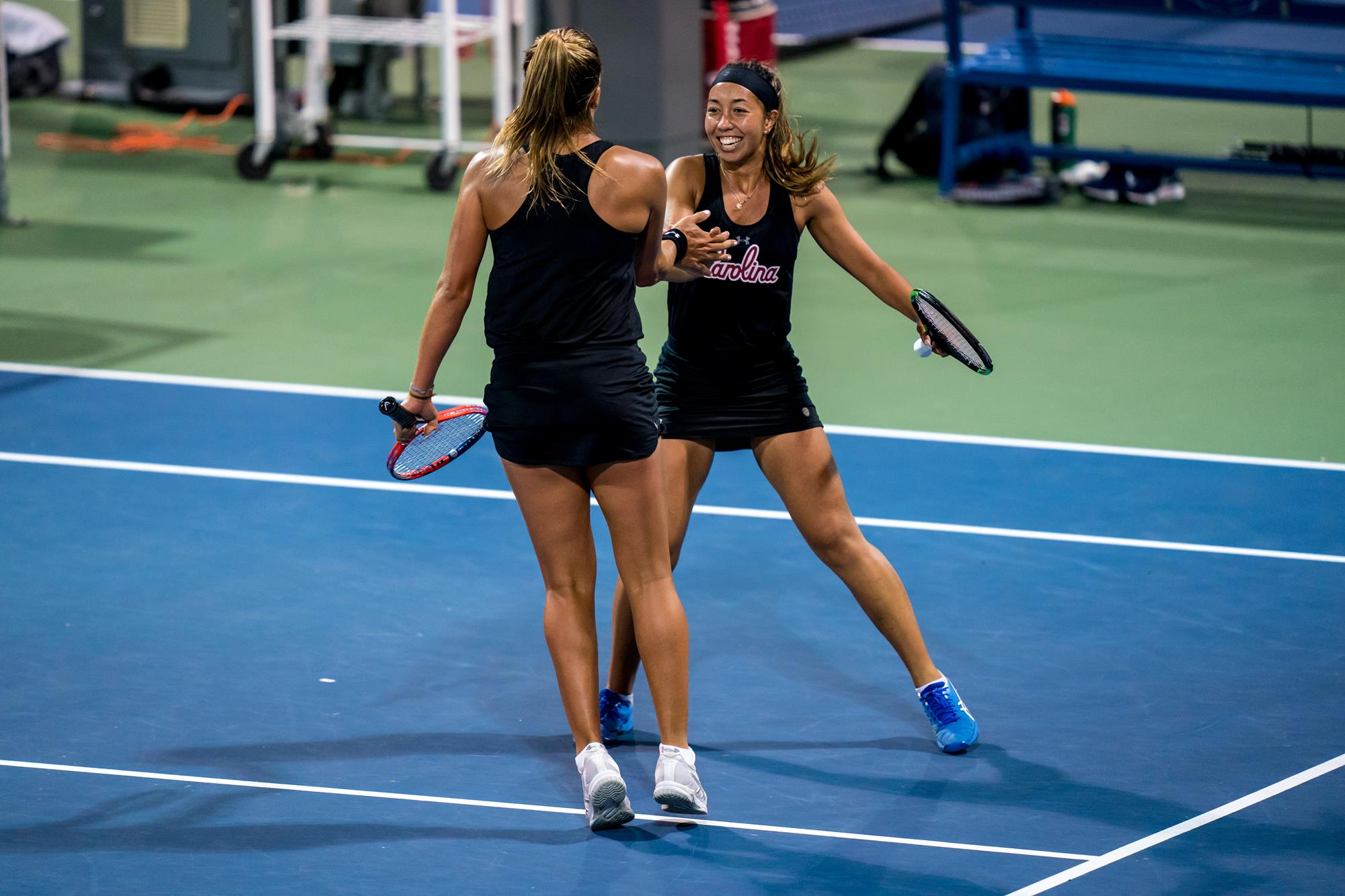 Horvit and Martins End the Year at No. 1

Finishing out the season as the top doubles tandem in the nation, Wednesday’s poll marks the third time Horvit and Martins have been ranked No. 1 this season. March 19’s list was the first time, setting a South Carolina record for the highest-ranked doubles team. The two then returned to the top spot on April 16.

Their No. 1 ranking comes after a semifinal push at the NCAA Doubles Championship and a total record of 29-8, including a 15-7 mark against nationally ranked opponents. Their final doubles ranking is the highest for Carolina since Dijana Stojic and Ana Zubori ended at No. 17 in 2010.

In singles, Martins sits at No. 4, holding a steady position since the ITA’s April 9 poll. Her finish is the highest since Laura Berstein at No. 15 in 1983. Martins ended her senior campaign with an impressive 29-7 overall mark. In dual matches, Martins only dropped two competitions, owning a record of 17-2. Against nationally-ranked opponents, she tallied a mark of 15-3.

Senior Paige Cline comes in at No. 23 in the final rankings. This season, Cline put up a singles record of 23-9, including a 14-5 mark in dual matches. When facing ranked counterparts, Cline went 7-5.

Rounding out the singles rankings, Horvit checks in at No. 82. Horvit joins Martins and Cline as the third Gamecock to have over 20 wins this season. Overall, Horvit ended at 24-5 and went 17-3 in dual matches, including 17-2 at the No. 3 position. Competing against nationally-ranked opponents, Horvit is 5-2.

In doubles, senior Rachel Rohrabacher and sophomore Megan Davies end the year at No. 39. Playing together at the beginning of the spring and then again in the NCAA Championships, the tandem went 6-1 in duals. Together they amassed a record of 14-7, including a 3-1 mark against ranked competitors.