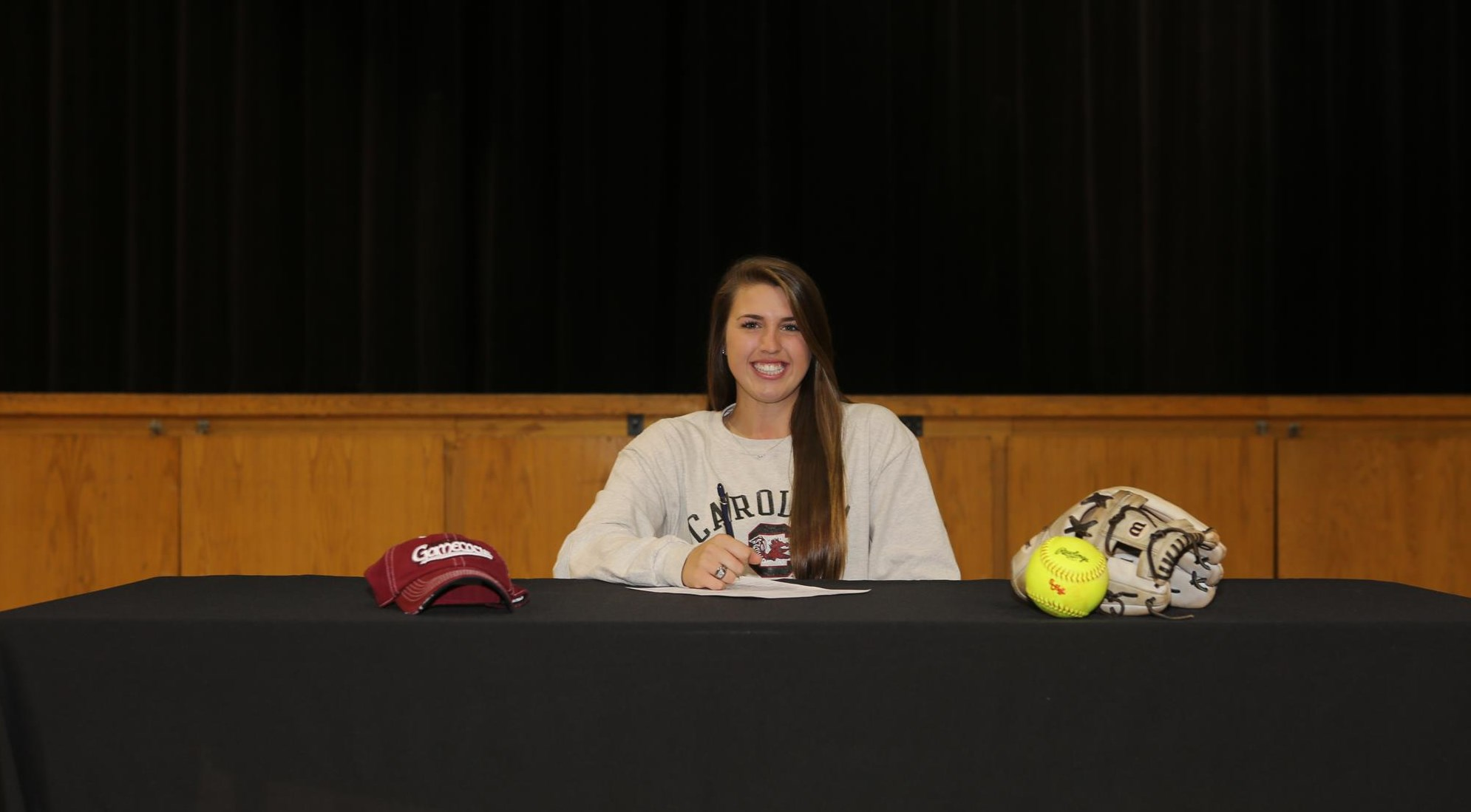 Sixth-straight year a Gamecock has won the award

“It’s great to be able to receive this honor and share it with my teammates, coaches and community,” Betenbaugh said. “I’m very happy to receive this award not just once but twice in my high school career.

“I’m also excited to be a part of the Carolina program and can’t wait for my freshman season.”

The award, which recognizes not only outstanding athletic excellence, but also high standards of academic achievement and exemplary character demonstrated on and off the field, distinguishes Betenbaugh as South Carolina’s best high school softball player. She is now a finalist for the prestigious Gatorade National Softball Player of the Year award to be announced in June.

A 5-foot-9 right-handed pitcher and first baseman, she led Union County High School to a 23-5 record and the Class 3A state finals this past season. Betenbaugh compiled a 21-4 record with a 0.64 ERA and batted .481 with 12 home runs and 38 RBI. She struck out 225 batters in 152.1 innings pitched. A four-time Region Player of the Year, Betenbaugh was also a two-time Class 4A Player of the Year and was named the High School Sports Report’s co-Miss Softball.

For more information on the Gamecocks, continue to check back with gamecocksonline.com.