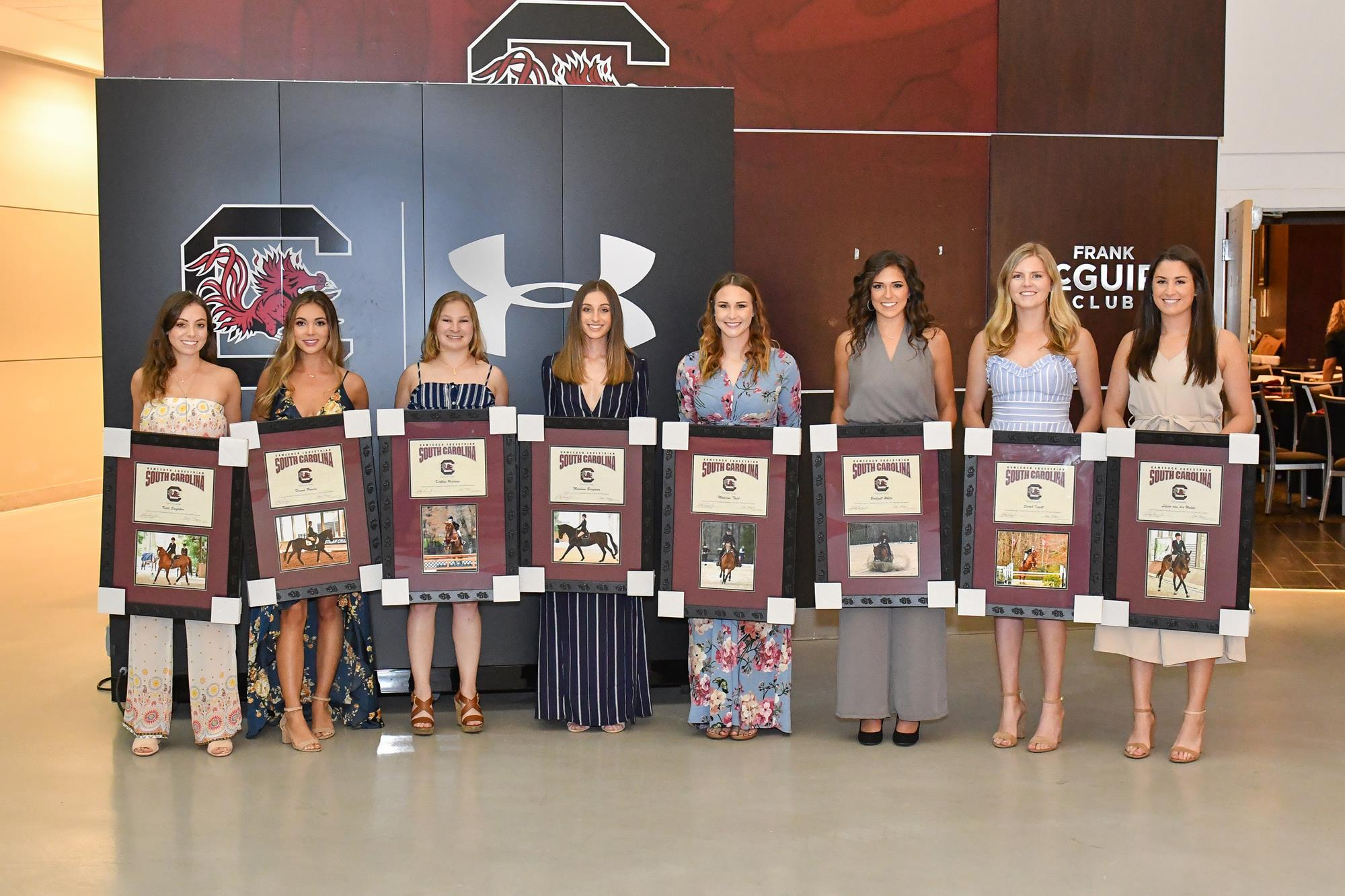 COLUMBIA, S.C. – The South Carolina equestrian team concluded its season with an end-of-year banquet, handing out awards and honors to both student-athletes and staff.

Toward the end, the 2019-20 captains were announced. On the Hunter Seat side, soon-to-be senior Madison Sellman was selected, while Jordan Scott was chosen for the Western team.

Outside of the student-athletes, athletic trainer Alex Howard was awarded a plaque for her work this season. Administrator Jeff Crane was honored for his service and dedication with the team since 2015. Dr. Pastides attended, gave a speech and was gifted with an engraved equestrian cheese board for him and his wife, Patricia.

Continue to check back with gamecocksonline.com for more updates or follow the team on social media (@GamecockEQ).