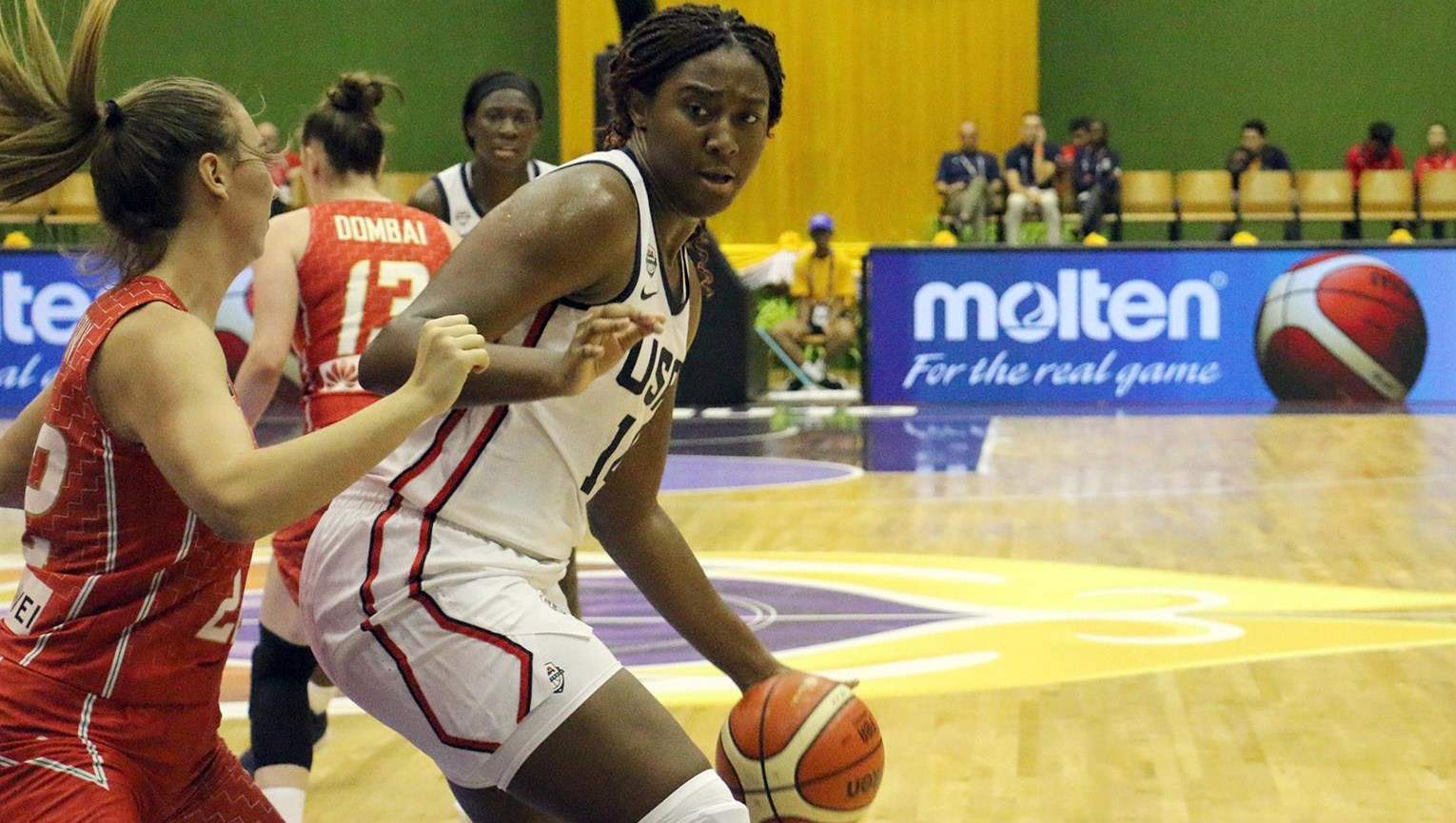 Germany awaits in round of 16 Wednesday.

BANGKOK, Thailand – Starting all three games in the tournament, South Carolina women’s basketball freshman Aliyah Boston has helped the United States to three early victories in the 2019 FIBA U19 Women’s World Cup so far this week. The winners of Group C, the Americans will face Germany in the round of 16 on Wed., July 24, at 3:30 a.m. ET.

Winning its opening three games by an average of 30.0 points, the U.S. joins Latvia (Group A), Belgium (Group B) and Spain (Group D) as undefeated winners of their group. Boston has shot 50.0 percent (11-of-22) from the field  in the tournament, averaging 8.0 points and 5.3 rebounds to rank fifth on the team – third among those players who have not played in college yet – in both categories. Of her 16 boards, 11 have come on the offensive end.

The Americans opened the tournament with a 79-56 win over Australia on Sat., July 20, and followed with an 89-67 win over South Korea on Sunday. After a day off, during which the team toured Bangkok’s Grand Palace, the U.S. dismantled Hungary 95-50 on Tuesday to close out group play.

With a win in Wednesday’s round of 16, the U.S. would advance to the medal quarterfinals on Friday. Semifinals and the gold and bronze medal games will be on Saturday and Sunday, respectively. The Americans have won a record seven gold medals in their 12 previous U19 World Cups, which have also included on silver and one bronze medal showing.