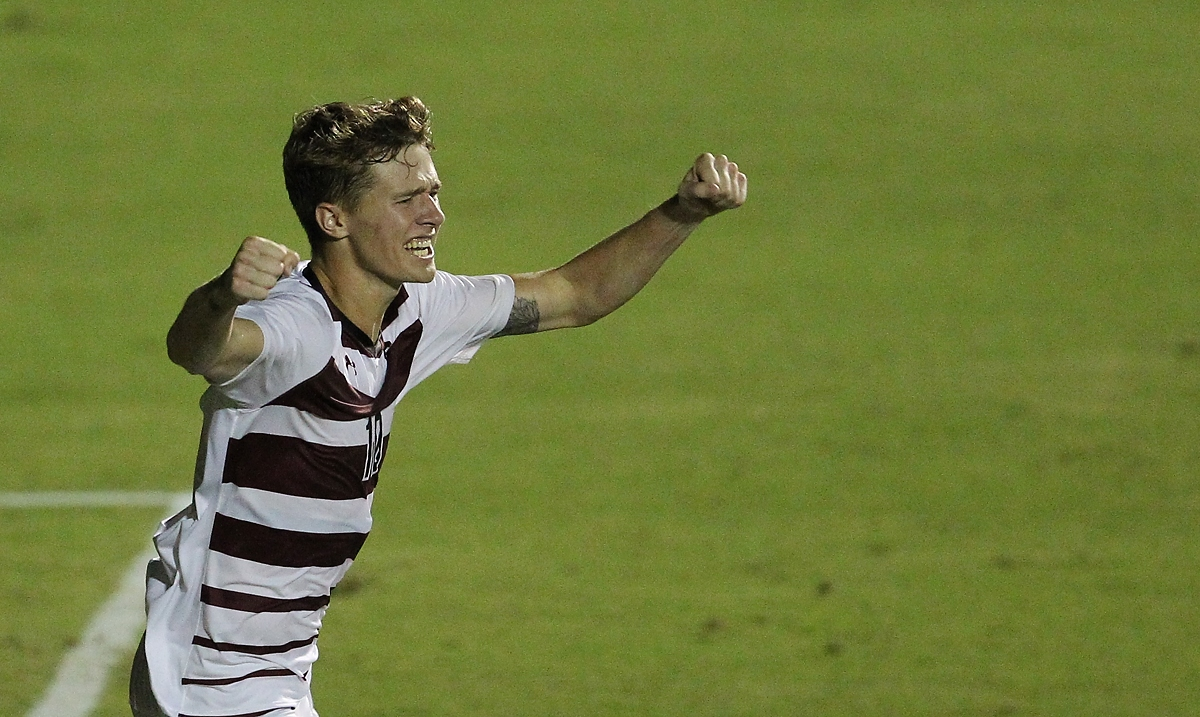 COLUMBIA, S.C. —- South Carolina men’s soccer faced a late deficit but showed poised beyond its years as Tucker Monheimer’s goal in overtime secured the 2-1 Carolina victory over Gardner-Webb on Tuesday night at Stone Stadium in the home opener. The Gamecocks trailed with less than 12 minutes remaining in the contest until Brian Banahan’s penalty-kick finish at the 79th minute set up the eventual overtime winner.

With the victory, Carolina improved to 11-2 in its past 13 home openers.

Although the Runnin’ Bulldogs got on the board first with Jorge Salgado’s goal at the 47-minute mark, Buenyamin Yusufoglu showed lots of fight in goal with seven saves on 12 shots.

Facing a deficit for the second-straight match to start the season, the young Gamecock squad could have accepted its fate but instead showed fight as Logan Hitzeman earned a penalty inside the box 79 minutes into the contest before Banahan tied the match at 1-1 with the penalty kick.

Both teams fought for a game-winner the remaining 11 minutes but instead Carolina earned a trip to its first overtime match of the 2019 season.

Just 3 minutes into the golden-goal overtime period, Josh Corning sent a beautiful ball up the nearside to Hitzeman who dumped a perfectly-timed pass to a sliding Monheimer for the game-wining finish.

With the victory, the program is now just three wins away from 500 in its history.