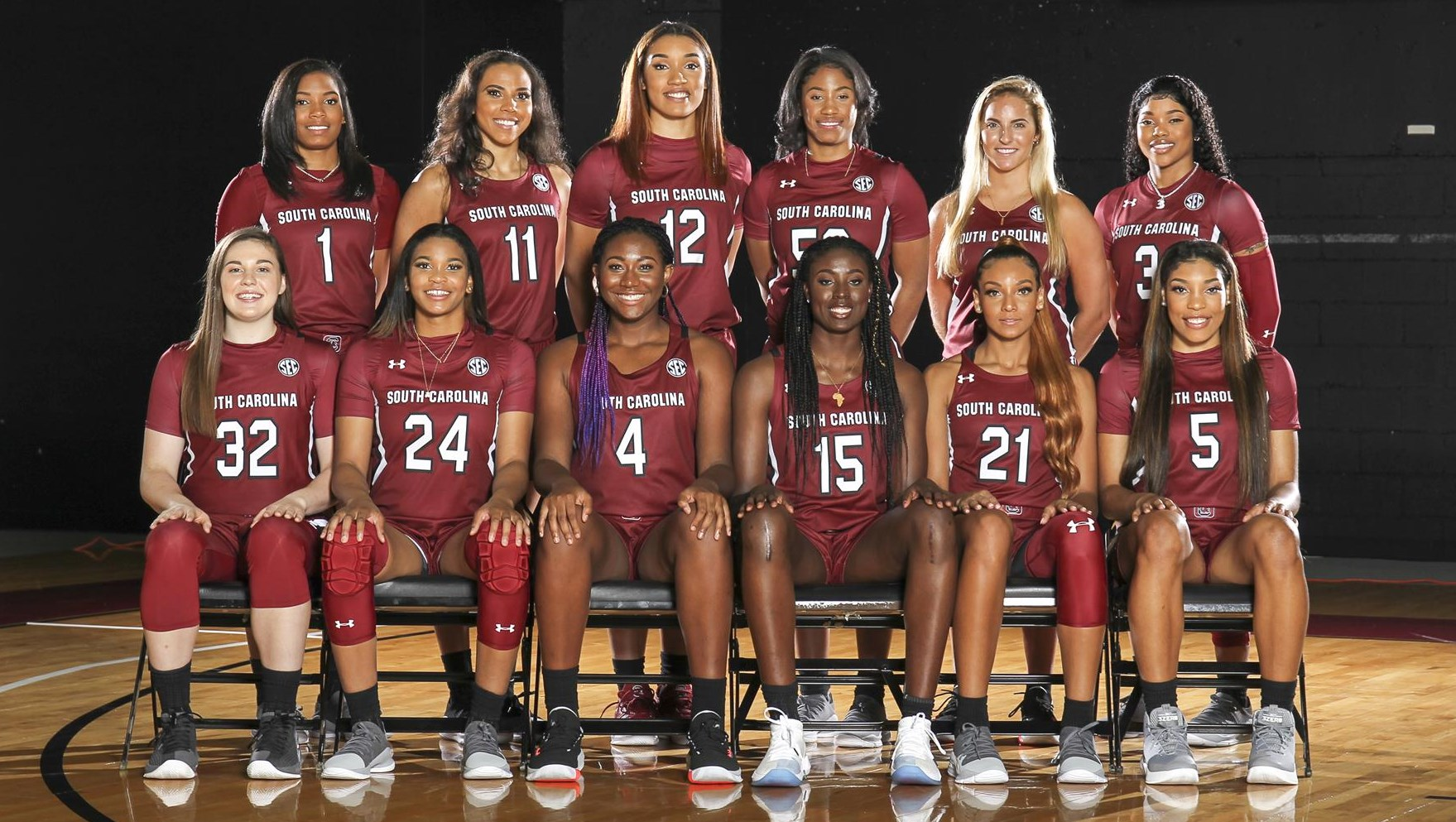 After leading the country in attendance each of the last five seasons, the Gamecocks again bring an exciting schedule to Colonial Life Arena with seven home games against NCAA Tournament teams, including national semifinalist UConn and Elite 8 participant Mississippi State. After an exhibition game on Fri., Nov. 1, South Carolina will host three regular-season games in November and three in the second half of December before SEC action begins at home on Jan. 2.

November’s nine games include trips to 2018-19 top-10 finisher Maryland (Nov. 10) and in-state rival Clemson (Nov. 24), which advanced to the second round of the 2019 NCAA Tournament. The team’s Thanksgiving trip to the Paradise Jam closes against reigning National Champion Baylor (Nov. 30) in a rematch of the 2019 NCAA Sweet 16 game in Greensboro, and includes opening-round games against NCAA participant Indiana and Washington State.

Three of December’s four games will be at Colonial Life Arena as Purdue (Dec. 15), Duke (Dec. 19) and NCAA Tournament qualifier South Dakota (Dec. 22) all visit Columbia before the holiday break. The lone road trip takes Staley back to her coaching roots at Temple (Dec. 7).

South Carolina leaps right into the SEC schedule with some of its biggest rivalry games in January. The Gamecocks open the slate against Kentucky (Jan. 2) before hosting Arkansas (Jan. 9) and the first of their three Monday night games coming against Mississippi State (Jan. 20). The month also includes trips to Missouri (Jan. 16) and Georgia (Jan. 26).

February opens with a bang with Tennessee visiting Colonial Life Arena on Feb. 2 and a return trip to Arkansas on Feb. 6. The Gamecocks are then home for two straight weeks, highlighted by the UConn game on Feb. 10 and a Feb. 13 game against NCAA Tournament participant Auburn. The final stretch of SEC action includes trips to Kentucky (Feb. 23) and Florida (Feb. 27) before South Carolina closes out the season at home against Texas A&M (Mar. 1) on what will be Senior Day for Tyasha Harris and Mikiah Herbert Harrigan.

For the second time in as many seasons, the SEC Tournament will be in Greenville, S.C., beginning Mar. 4 with the championship game set for Mar. 8.

Game times and television broadcast information for the 2019-20 schedule will be released at a later time.

Season tickets for the 2019-20 season start at $45 for admission to all 15 regular-season home games at Colonial Life Arena. Prices to guarantee a seat in the lower level for each game start at $70. For more information on season tickets or to purchase, visit ItsGreatToBeAGamecock.com/wbb18 or call the Gamecock Ticket Office at 1-800-4SC-FANS.