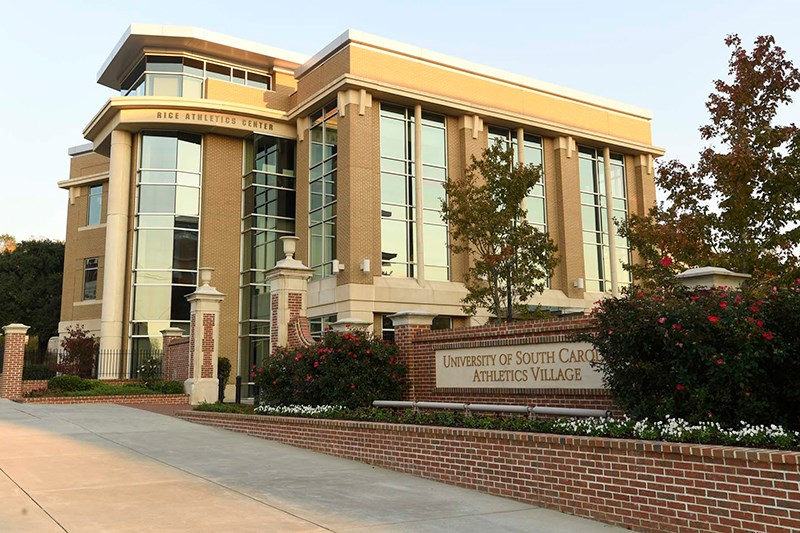 Baseball’s endowed scholarships recognize two seniors, two sophomores and a freshman this season. Seniors Sawyer Bridges and Graham Lawson were both part of the Gamecocks’ 2018 Super Regional team with Bridges making 44 career appearances and a 4.71 career ERA and Lawson bringing a 3-1 career record and three saves into his final season in Garnet and Black. Sophomore Wes Clarke played in 19 games in 2019 with five doubles and five RBI, while redshirt sophomore pitcher Carmen Mlodzinski has overcome the injury the cut his 2019 season short and was named a top pitching prospect in the Cape Cod League by Baseball America this summer. Freshman catcher Jax Cash is a Spartanburg, S.C., native who was ranked second in the state and the No. 1 catcher in South Carolina in the Class of 2019.

A Charlotte, N.C., native, Adam Roach is in his fourth season working with the men’s basketball team. The senior manager is a sport and entertainment management major.

In women’s basketball, sophomore Victaria Saxton is back to follow up her SEC All-Freshman season in 2018-19. She was eighth in the SEC in blocks per game, including five games of at least three blocks. Freshman forward Aliyah Boston was the No. 3 rated player in the Class of 2019 and the highest ranked signee of the Gamecocks’ five-freshman class, which was ranked No. 1 in the nation. She helped USA Basketball to a gold medal in the FIBA U19 World Cup in July.

Football’s five endowed scholarships include three position-specific awards. Senior quarterback Jake Bentley is a four-year starter and two-time team captain who ranks in the top five of nearly every career passing list in South Carolina history. Senior defensive tackle Javon Kinlaw has played in 25 games over the past two seasons, drawing preseason attention as an All-SEC and All-America candidate in 2019. Senior wide receiver Bryan Edwards, who has caught a pass in every game he has played for the Garnet and Black, enters the 2019 season just 44 receptions shy of the school record. Redshirt junior Chandler Farrell has impressed the coaching staff with his blue-collar work ethic, earning him a scholarship prior to the 2018 season, during which he played in five games as a reserve center. A four-time member of the SEC Academic Honor Roll, redshirt junior tight end Kyle Markway, , was named the Dr. Harris Pastides Outstanding Student-Athlete during the 2019 Garnet & Black Spring Game.

Women’s golf senior Lois Kaye Go is on pace to break the program record for career scoring average, entering the season with a 72.63 mark. The two-time All-SEC and Honorable Mention All-America selection also excels in the classroom, picking up WGCA All-American Scholar honors each of the last two seasons.

Men’s soccer junior Kyle Gurrieri is a highly touted transfer who played and started his first match in 2018. The midfielder has battled injuries since then but remained a positive influence on the team throughout his comeback.

Junior Anna Kathryn Stoddard has been a standout in both track and field and cross country throughout her career. In 2018-19, she lowered her personal record in the indoor 3000m, setting the seventh-best mark in program history. In the classroom, Stoddard is a two-time member of the SEC Academic Honor Roll.

In its first season, the Jack Wilson Internship Endowment goes to Andre Streete, a former men’s soccer student-athlete from Wolverhampton, England. After earning his degree in sport and entertainment management in May 2019, he works full-time in the Gamecock Club, assisting with all aspects of development.