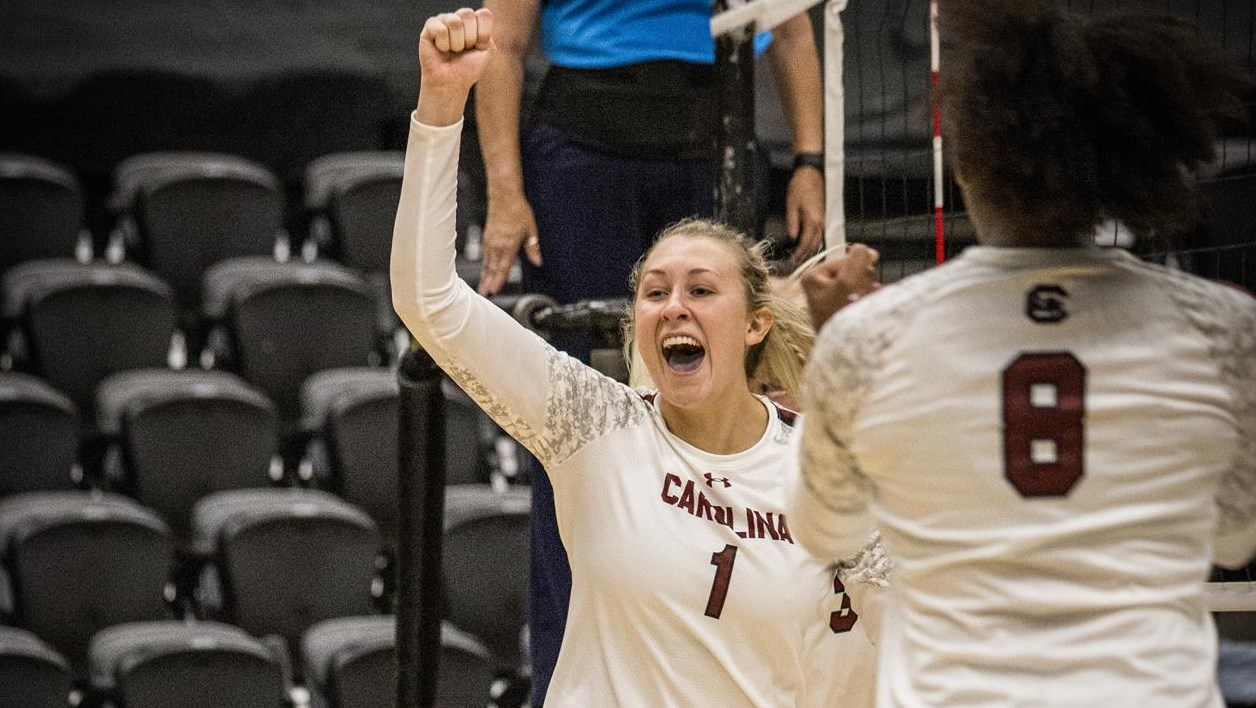 The weekly honor is the first of the senior's career

COLUMBIA, S.C. – Volleyball senior Claire Edwards’ efforts over three weekend matches earned her Defensive Player of the Week honors from the Southeastern Conference, the league office announced on Monday. It is the Columbia, S.C. native’s first weekly honor from the SEC, and comes after she dominated as an attacker and a defender at the UCF Challenge.

Edwards spearheaded a breakout weekend from the South Carolina defense, putting down 17 total blocks in 10 sets at the UCF Challenge tournament in Orlando, Fla. In the opener against the host UCF Knights, Edwards had three blocks; but stepped up big in the team’s two wins to close out the weekend. She set a personal best with eight total blocks in a four-set win against Kansas (two solo, six assists), guiding a defense that posted the fourth-highest total for blocks in a match in the rally-scoring era, with 18. Capping the weekend, Edwards had six more blocks in the sweep of Albany. South Carolina held Albany to a .022 hitting percentage in the match, the lowest allowed to an opponent since 2016.

It was not just her defensive prowess that helped the team this weekend, though, Edwards also had eye-popping efficiency on offense in the three matches. She averaged 2.30 kills per set out of the middle and hit .463, committing just four attack errors total for the tournament. She currently leads the team in hitting percentage and blocks for the season, and her 232 career blocks entering the week are good for eighth-most in the program’s rally-scoring era (since 2001).

South Carolina’s stretch of six matches in seven days continues on Tuesday, when the team hosts Charlotte for the 2019 home opener. First serve is scheduled for 7 p.m. in the Carolina Volleyball Center, tickets are still available.