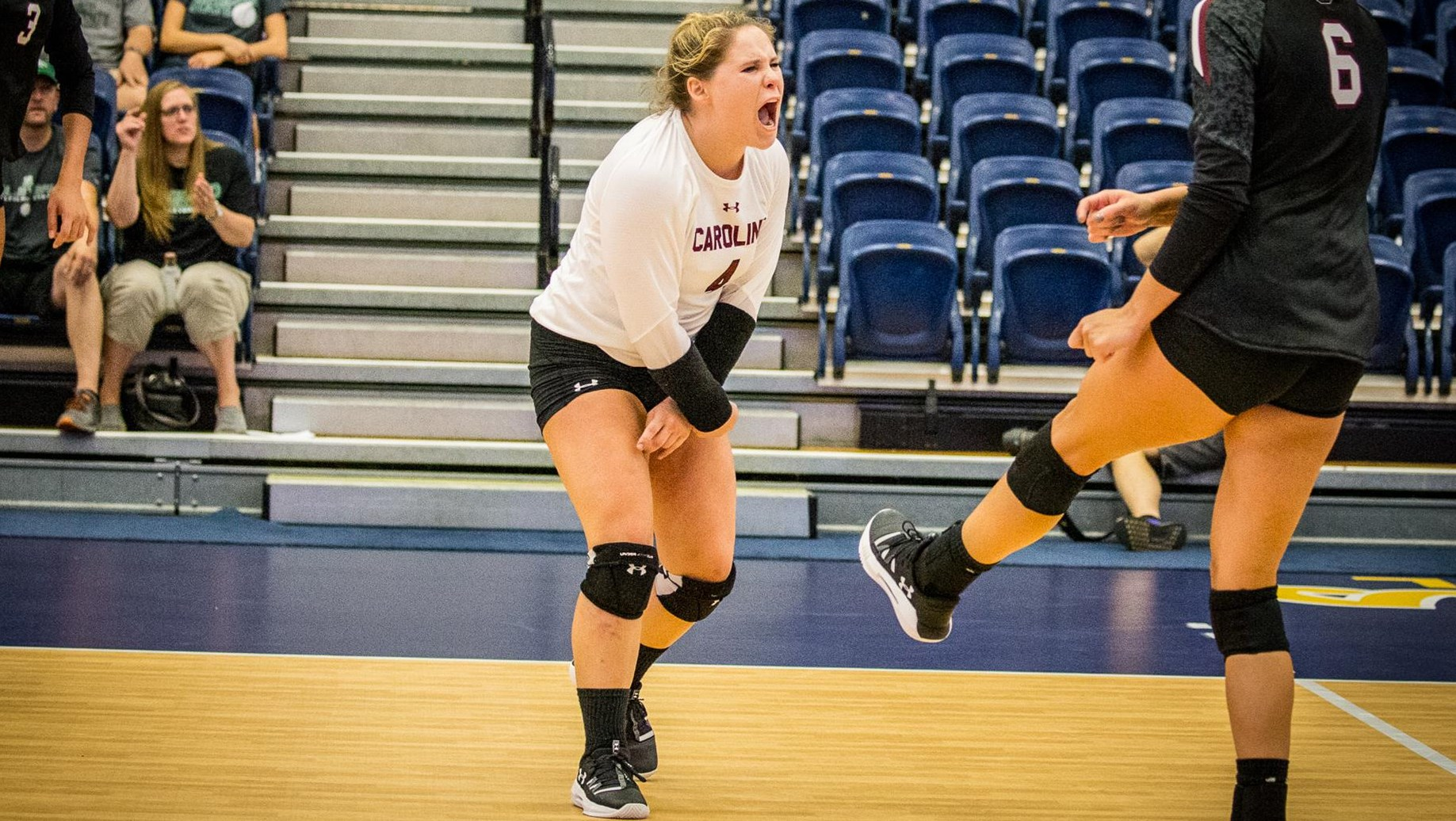 COLUMBIA, S.C. – Growing up as a Gamecock fan in Simpsonville, S.C., volleyball sophomore Lauren Bowers couldn’t have known that one day she’d be making an impact for her hometown team. The walk-on defensive specialist became a team favorite in year one, and she’s ready to help South Carolina take the next step after 2018’s postseason run.

“I’ve always been a South Carolina fan; I grew up loving the Gamecocks,” Bowers said. “I remember watching them on TV and loved the atmosphere and the team, and when I came on my visit in high school I knew that this was home.”

Bowers, or “Bo”, as her Carolina teammates affectionately call her, attended Shannon Forest Christian high school in Greenville. With just a few hundred students in attendance, she played a major role for her volleyball team and her passion for the sport blossomed. While she also trained at an Upward Stars club program that produced current Gamecocks Courtney Koehler and Kaely Thompson, it was captaining her high school squad that developed Bowers’ do-it-all mentality.

“In club I used to go in early with my dad and work on serving and passing, developing my mentality that I want to work harder than anyone else on the court,” she said. “At my high school, I made varsity in eighth grade, but in 10th grade I ended up playing as a middle hitter and I just loved it because it was so different from what I’d been doing in club and I loved helping the team in a different way.” 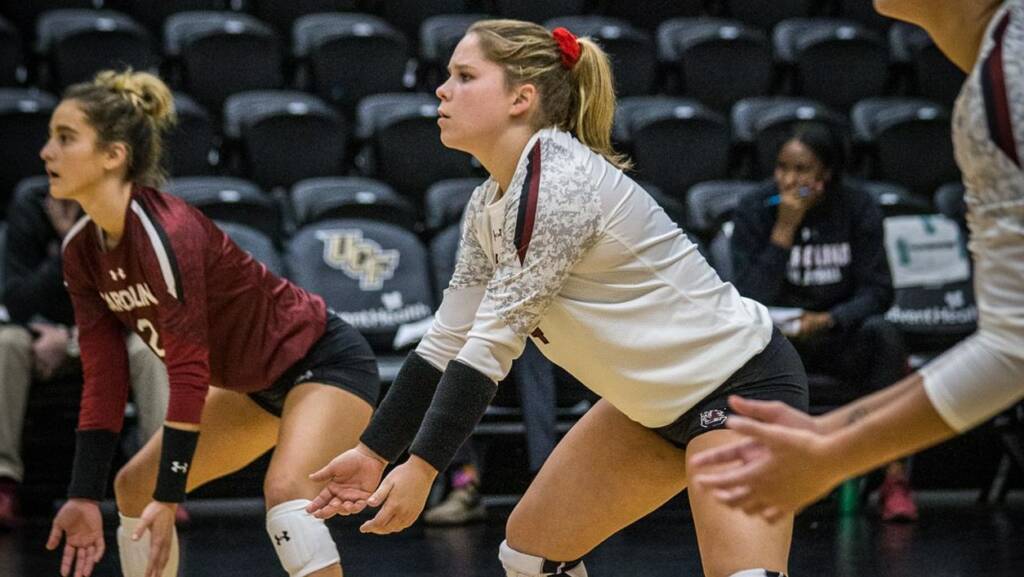 Attending a small high school also enabled Bowers to check a box that not too many other Division I volleyball players can: she also played for Shannon Forest’s football team. During summer break she trained alongside the team in the weight room, and before school started she was offered a spot on the roster.

“It was so much fun, the team was so welcoming and amazing to be around. I sat most of the time, but I did get in once. Before I went in, my coach just looked at me and said ‘Lauren, I want you to get a tackle no matter what.’ I did end up getting that tackle, and it was the best feeling ever!”

When her football career wrapped, Bowers moved back to the hardwood and began her collegiate career as a Gamecock. Little did she know, she would be a part of the program’s first NCAA tournament team since 2002 – when Bowers was just three years old.

“We didn’t expect anything, we just worked really hard all season,” Bowers said. “The new coaching staff came in with a clean slate, you had to earn everything whether you were a freshman like me or a senior. The team’s dynamic is so welcoming, I went from not talking at all when I was on my high school visit to finding my voice and feeling comfortable early on in my first year.”

Head coach Tom Mendoza saw that bear out in a crucial moment for the team in 2018.
“As a staff, our favorite Bowers story is, we needed someone to make a short serve in a crucial point of a tight match,” Mendoza recounted. “I walked to the bench and asked who could hit the serve and Bo immediately said ‘I got it!’ There were upperclassmen on the bench but she was the one who wanted it most. Lauren went in and hit the serve and was our go-to player in that role the rest of the season. Make or miss, she has the courage to want the ball, and that’s just one of those things you can’t teach.”

Bowers saw action in 18 matches as a freshman, including both of the team’s NCAA tournament games, and again went to work over the summer to work on her game and make sure 2019 is even better. Gamecock head coach Tom Mendoza has seen that hard work not only improve Bowers’ own abilities on the court, but has seen it change the mentality of his senior-driven squad.

“Sometimes club or high school coaches will describe recruits as a ‘program player’ who’ll be a great teammate, won’t get in trouble, and will do all the little things that drive a program,” Mendoza explained. “Bowers is one of those kids that every great program needs. She’ll stay after to get extra reps, and the next day there are three or four other players who saw her the day before and are now joining her and all of the sudden the culture of the program is changed.”

Bowers’ infectious personality and desire to improve made it hard for the Gamecock coaching staff to keep her off the court as a freshman, and the story remains the same in year two.

“Lauren has the work ethic and skill set to be a major contributor on the court, and I see her role continuing to grow as she learns how to be successful at this level. Every defensive player wants to be the one in the libero jersey and she’s putting in the work to get there, but regardless of her role, she’s raising the level of competition in our gym every day.”