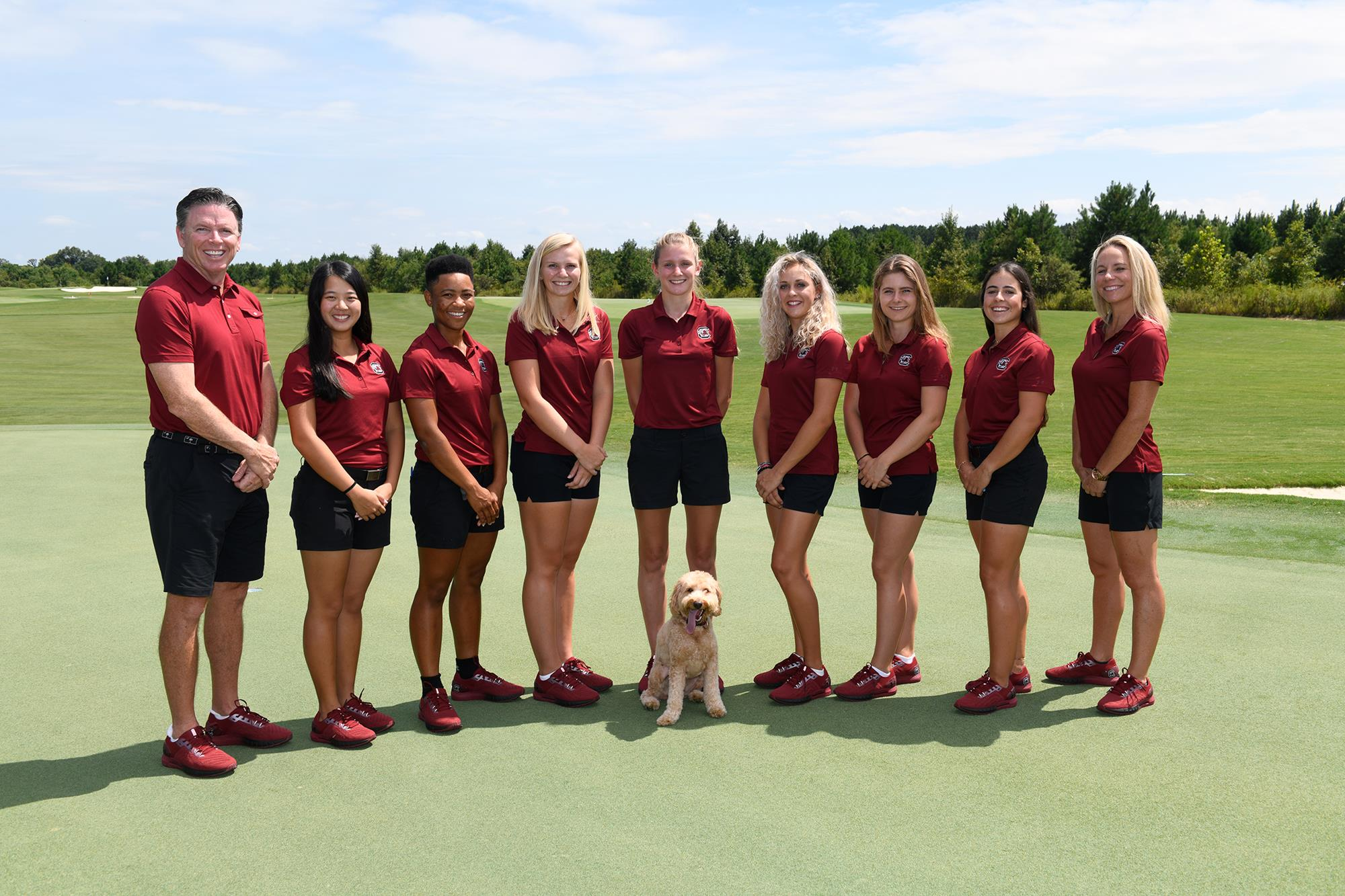 Take a deep dive into the women's golf fall season

Columbia, S.C. – Coming off a strong finish last spring and with a talented crop of newcomers joining the squad, the South Carolina women’s golf team is ready to get its fall slate underway with a trip to the ANNIKA Intercollegiate in Lake Elmo, Minnesota on Monday.

A trio of Gamecocks make their debuts this month when Pauline Roussin-Bouchard, Mathilde Claisse and Smith Knaffle don the Garnet and Black for the first time.

Roussin-Bouchard enters the season as one of the most highly touted recruits in the nation, and the ninth ranked amateur player in the world. The French phenom notched wins at the Italian International Ladies Amateur Championship in March, the Portuguese International Ladies Amateur Championship and the Grand Prix de Ligue PACA Dames, both in February ahead of heading to Columbia. She was part of the French 2018 World Amateur Team, and she played on the 2016 Junior Ryder Cup Team.

The final newcomer to the squad had a much shorter trip to Columbia than the other freshmen. Smith Knaffle joins the team from Murrells Inlet, S.C., where she became a two-time individual champion at the South Carolina High School 4A State Championship. The 2017 4A State Player of the Year for South Carolina earned six all-state distinctions during her time in high school.

While the incoming freshmen add some spice to the roster, the group of returning Gamecocks bring plenty to the table themselves. A trio of seniors, along with a rising sophomore, look to bolster the Gamecocks on the links this year.

Senior Lois Kaye Go headlines the class of returners as she looks to build off last year’s Golfweek and WGCA All-American honorable mention honors. The 2019 First Team All-SEC golfer has already etched her name in the Carolina record book, entering the season with the career highest all-time scoring average (72.63), and the No. 1 ranked all-time sophomore season scoring average (72.45).

Ana Pelaez brings more senior leadership to team after appearing in all 10 tournaments for Carolina last season. Pelaez has brought the goods since her freshman season where she notched the best freshman scoring average in program history at the time (73.12), a season where she earned medalist honors at the NCAA Columbus Regional.

Anita Uwadia rounds out the seniors representing the Garnet and Black this season. Through her three seasons at South Carolina Uwadia has brought a consistent spark, culminating in a stellar junior season where she went 6-0-0 in match play, including a 3-0-0 record at the 2019 SEC Championships.

Before the team hit the links for the first time this fall the Gamecocks earned some recognition, led by Roussin-Bouchard’s appearance on the Preseason ANNIKA Award Watch List. The ANNIKA Award is awarded annually to the most outstanding women’s college golfer, as voted on by players, coaches and media. Past winners of the Annika Award include Leona Maguire, Alison Lee and Maria Fassi.

The Gamecocks found themselves ranked in all three preseason polls as well. In the GolfChannel.com rankings South Carolina came in at No. 10, while the squad earned a No. 11 ranking in Golfweek’s Division I Women’s Preseason rankings, and the No. 14 spot in the WGCA Coaches Poll.

The ANNIKA Intercollegiate kicks off a strong fall schedule for the Gamecocks that sees the team spend September and October traveling the country to face the best competition in the nation.

September ends with a trip to the Windy City Invitational in Wilmette, Ill. on Sept. 30. The Gamecocks wrap up their fall slate with two tournaments in North Carolina, first heading to the Ruth’s Chris Tar Heel Invitational in Chapel Hill on Oct. 11-13 and finishing things up at the Landfall Tradition in Wilmington on Oct. 25-27.