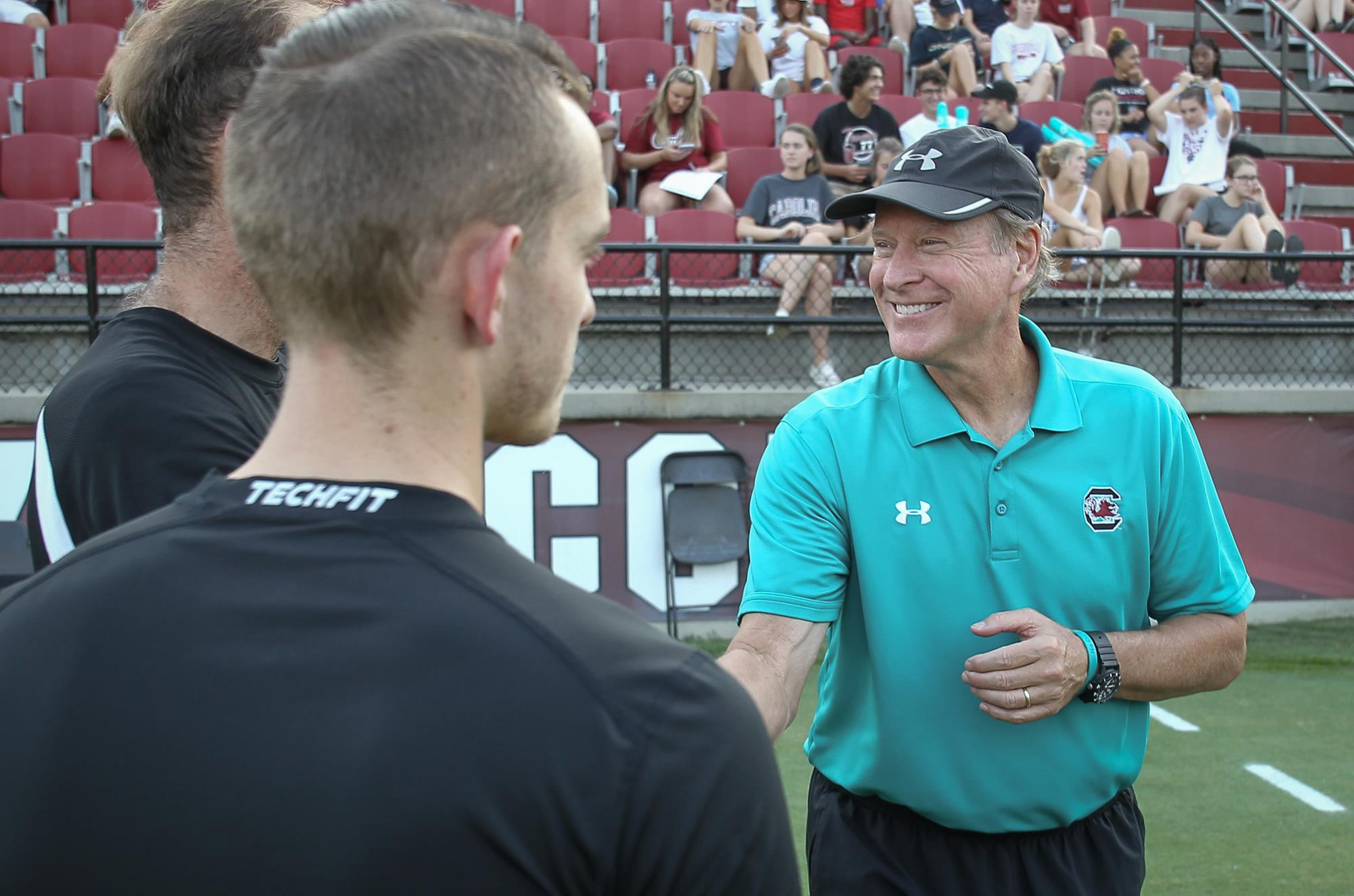 COLUMBIA, S.C. —- South Carolina men’s soccer opens Conference USA play this weekend when it hits the road to face Marshall on Saturday. Kickoff for the conference opener is set for 11:00 a.m. in Huntington, W.Va.

Carolina comes into the match fresh off three overtime victories over Garnder-Webb, USC Upstate and Mercer. Transfer Buenyamin Yusufoglu comes into the weekend with the third-most saves per match in the country and the seventh-most total saves.

The Gamecocks current streak of overtime matches is significant for multiple reasons. It’s the ninth time in 42 years of the program Carolina has played in three-straight overtime matches and the first time they’ve won all three in those nine times. It’s just the second time all three have been at home.

Head coach Mark Berson enters his 42nd season as head coach for Carolina. He’s been the only coach for the program since its first season in 1978. He is the active wins leader in NCAA Division I Men’s Soccer with 510 career victories and is one of just four coaches all-time to hit the 500-win plateau.


For more information on the Gamecocks, continue to check back with gamecocksonline.com. Subscribe to South Carolina on Stanza to get schedule updates directly in your calendars.