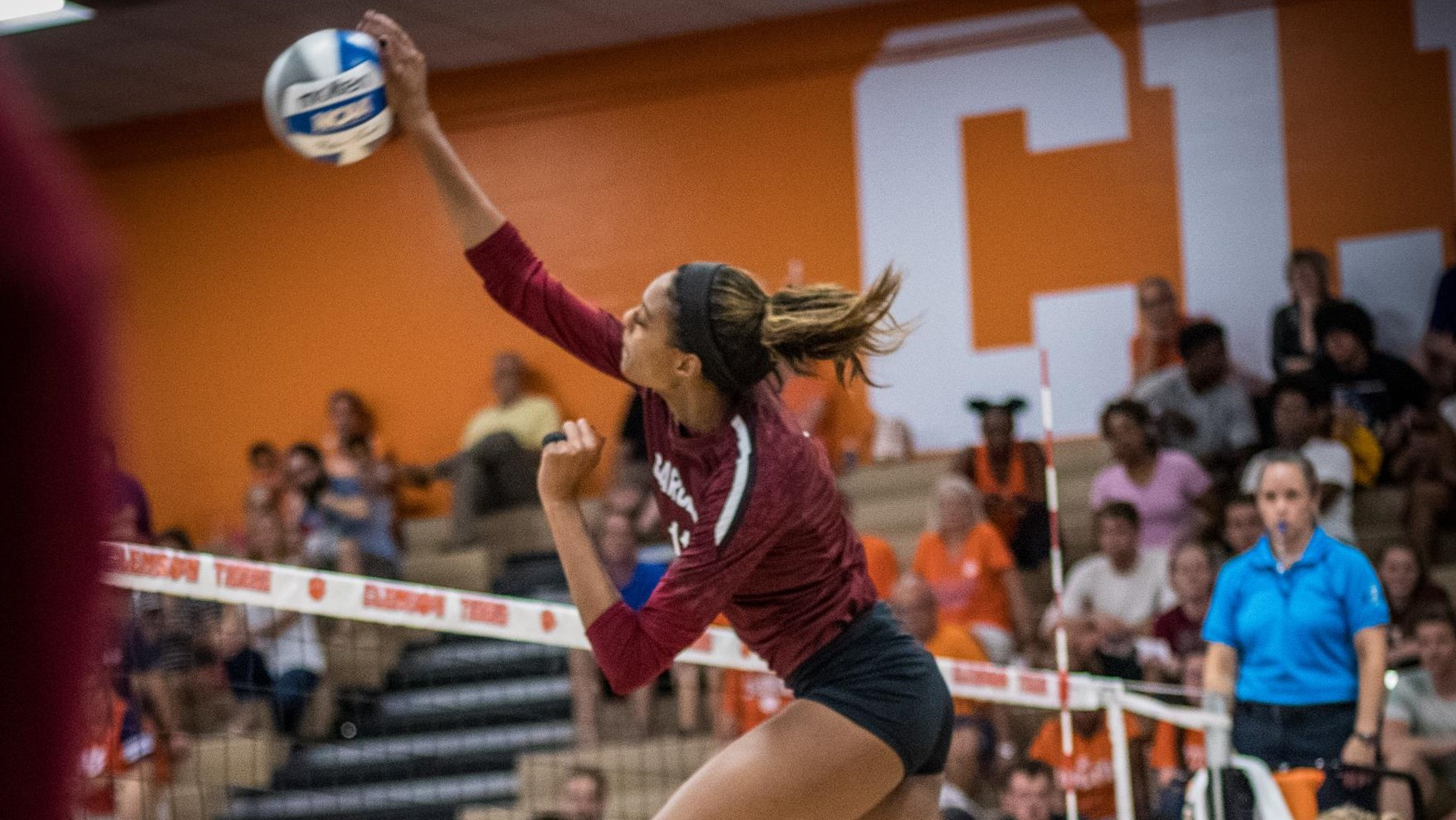 Gamecocks Fall to No. 9 Wisconsin

CLEMSON, S.C. – South Carolina ended its weekend up at the Clemson Classic with a 3-0 loss to No. 9 Wisconsin Friday evening. The Gamecocks now stand at 5-4 for the season. Mikayla Robinson shined for the team, finishing with a team-high 10 kills and three blocks, but the Badger service game would stifle the South Carolina offense from start to finish.

SET ONE: Wisconsin (3-2) applied pressure in the serve game from the jump, totaling five aces in the opening game and keeping South Carolina’s offense out of system en route to a 25-14 win. The Gamecocks totaled just six kills as a team in the set, but did get four blocks – two from Claire Edwards and two from Robinson.

SET TWO: The offense saw an uptick in the second game and the Gamecocks would push the Badgers before they would close out on an 8-2 run to win 25-18. Camilla Covas gave the team a boost off the bench, dropping in two aces and popping up three digs, and Robinson led the offense with three kills. The two teams would trade points throughout the set, but Wisconsin broke out from a 17-16 lead with eight of the next ten points to push ahead 2-0 in the match.

SET THREE: South Carolina held an early 9-8 lead in the third, but would not have an answer back for a 5-0 run by Wisconsin and dropped a 25-22 decision in the third to end the match. Robinson racked up four more kills and the offense finished with a match-high 13 kills in the set, but Wisconsin hit over .400 as a team and pulled away for the sweep.

QUOTABLE: HEAD COACH TOM MENDOZA
On the team’s performance against Wisconsin
Our blocking was great to start the match but our ball control was inconsistent early on. Our passing and offense settled in more in the second and third sets but overall Wisconsin played a little more consistent than we did. Hopefully we can learn from that and make those changes by next weekend. This was the end of a stretch of six matches in seven days, so I think overall the group handled this test well and we are excited to get back in front of our home crowd next week.

NEXT UP: The Gamecocks return home for the final weekend of the non-conference season, hosting three matches at the Carolina Volleyball Center. On Friday at 6 p.m., the team welcomes Maryland in for a rematch of last season’s thrilling five-set win up in College Park. Sunday, the team will take on a pair of mid-major powers, with Kennesaw State coming for a noon first serve and High Point capping the weekend with a 6 p.m. start.