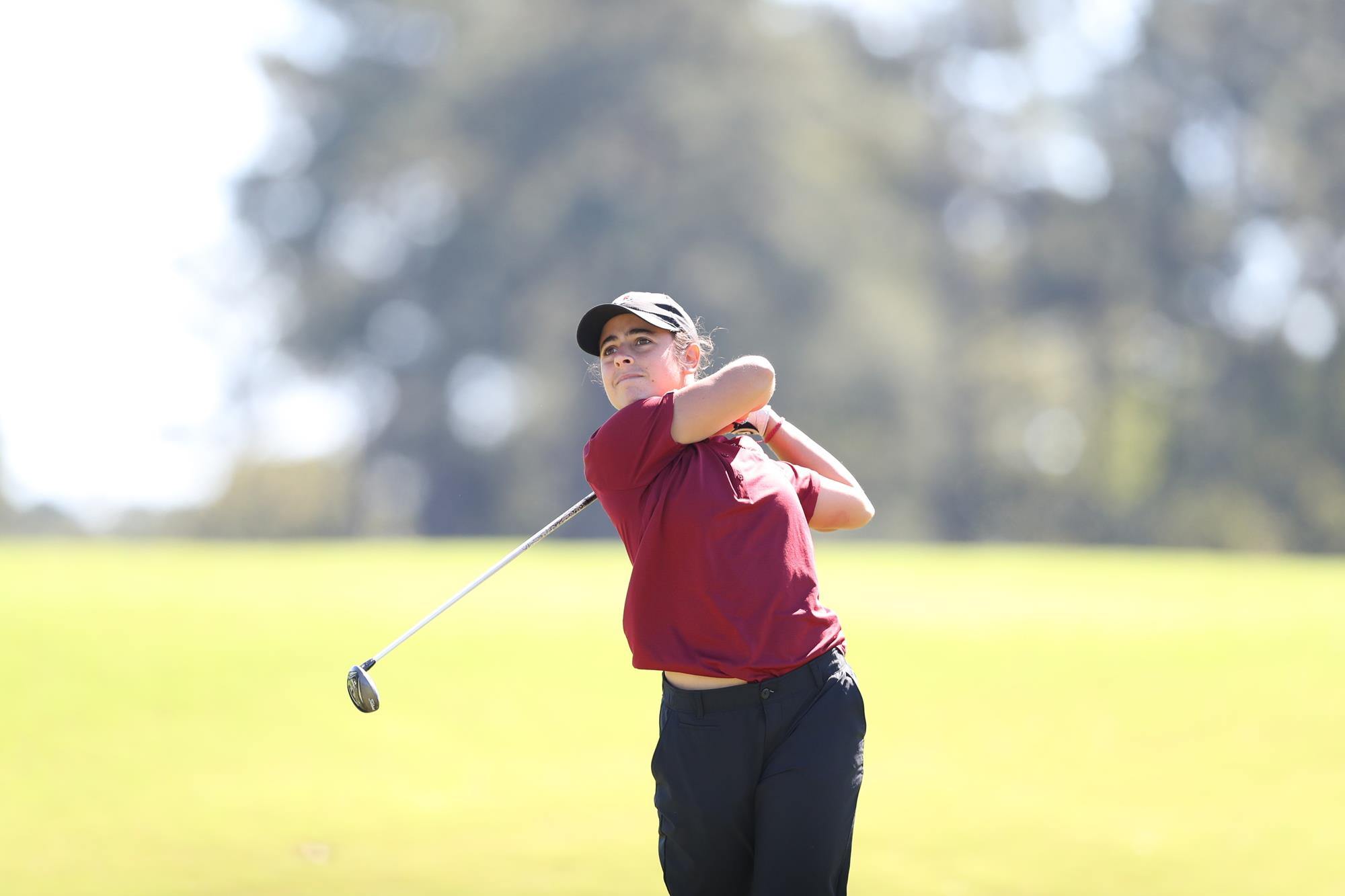 Gamecocks in Fourth at ANNIKA Intercollegiate

Lake Elmo, Minn. – The No. 10 South Carolina women’s golf team came out swinging at the Royal Golf Club on Monday as the Gamecocks sit in fourth place after the first day of play at the ANNIKA Intercollegiate.

“We had a good start for day one,” head coach Kalen Anderson said. “The team finished extremely well when conditions got tougher throughout the day. Going 6-under on the last five holes was huge for us. We’re in good position only being four shots back heading into tomorrow.”

The Garnet and Black shot a 2-under for the day, tying them with Arizona for third place. Ana Pelaez and Emily Price led the way for the Gamecocks on Monday with both going 2-under, tied for sixth place overall. Both Pelaez and Price tallied three birdies each, tied for third on the team.

In her Carolina debut Pauline Roussin-Bouchard finished 1-over for the day with three birdies, she’s tied for 15th place heading into Tuesday.

Anita Uwadia notched a team-high four birdies on Monday and finished with a 2-over 74.

Mathilde Claisse also made her debut for the Gamecocks and finished 4-over on the day. She birdied three of her final five holes to finish with four birdies on the day, tied for the team lead.

Play resumes tomorrow at 9 a.m. ET, you can follow along with live state HERE.

Team Standings – Round One