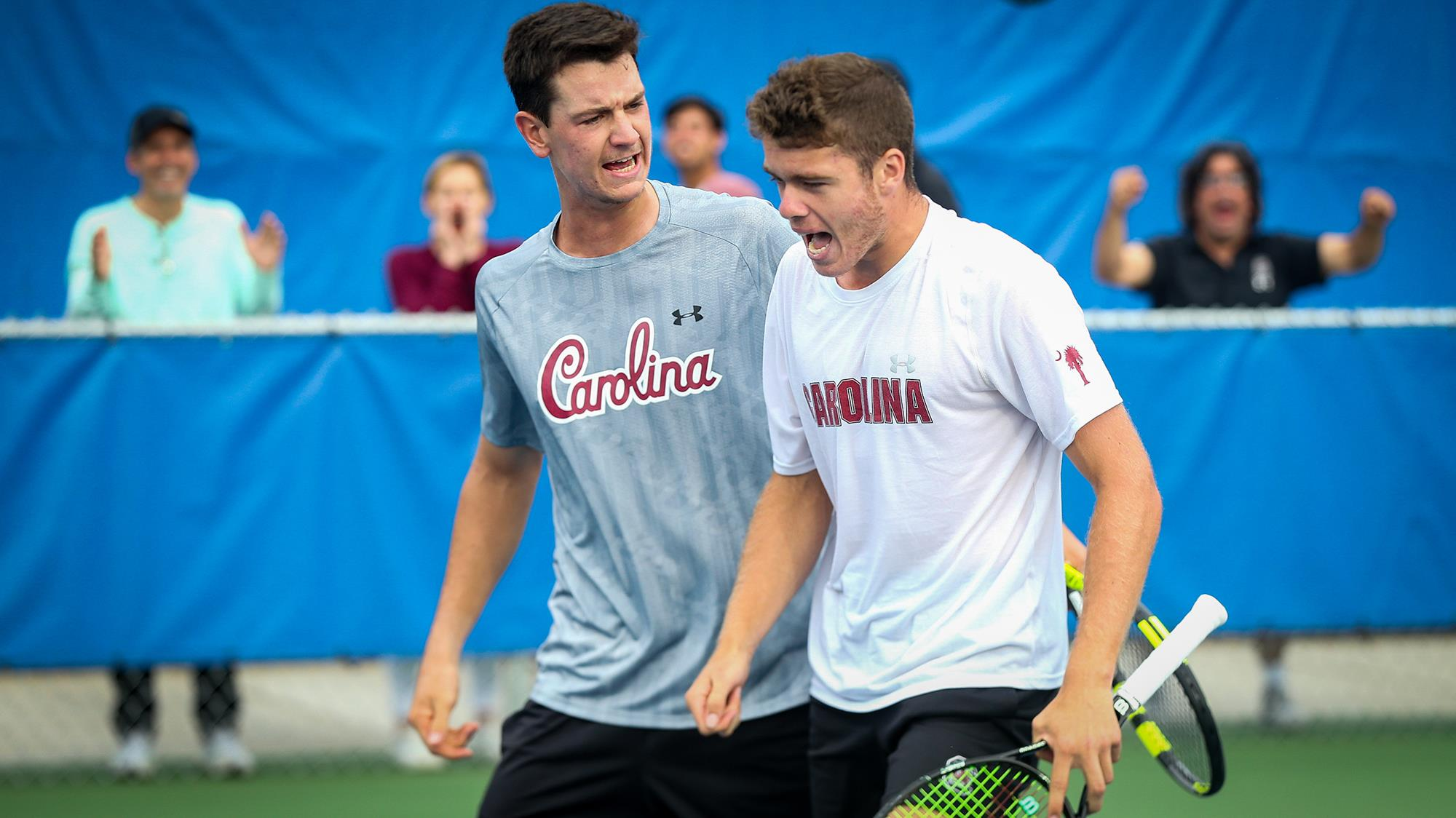 COLUMBIA, S.C.— South Carolina men’s tennis sophomore’s Daniel Rodrigues and Raphael Lambling earned spots in the first rendition of the Intercollegiate Tennis Association (ITA) Preseason National Rankings. In singles, Rodrigues came in ranked No. 35 while Lambling came in tied for No. 110. The duo also graced the doubles rankings, coming in at No. 27.

Rodrigues is ranked No. 35 after a stellar freshman campaign. In his first year donning the Garnet and Black, Rodrigues was a mainstay at No. 2 singles, compiling a 32-11 overall record, including five wins over ranked opponents. Rodrigues was named ITA Carolina Region Rookie of the Year, All-SEC First Team and SEC All-Freshman Team.

Lambling, who comes in tied for No. 110, also had freshman year to boast about. The Frenchman notched a 27-12 singles record, including a 15-match winning streak, which is tied for fifth all time in program history. Lambling was also named to the SEC All-Freshman Team.

The duo combined to tally 13 doubles wins together last season, which was the best on the team. The pair won two SEC Tournament doubles matches at the No. 1 spot, and a NCAA tournament match.