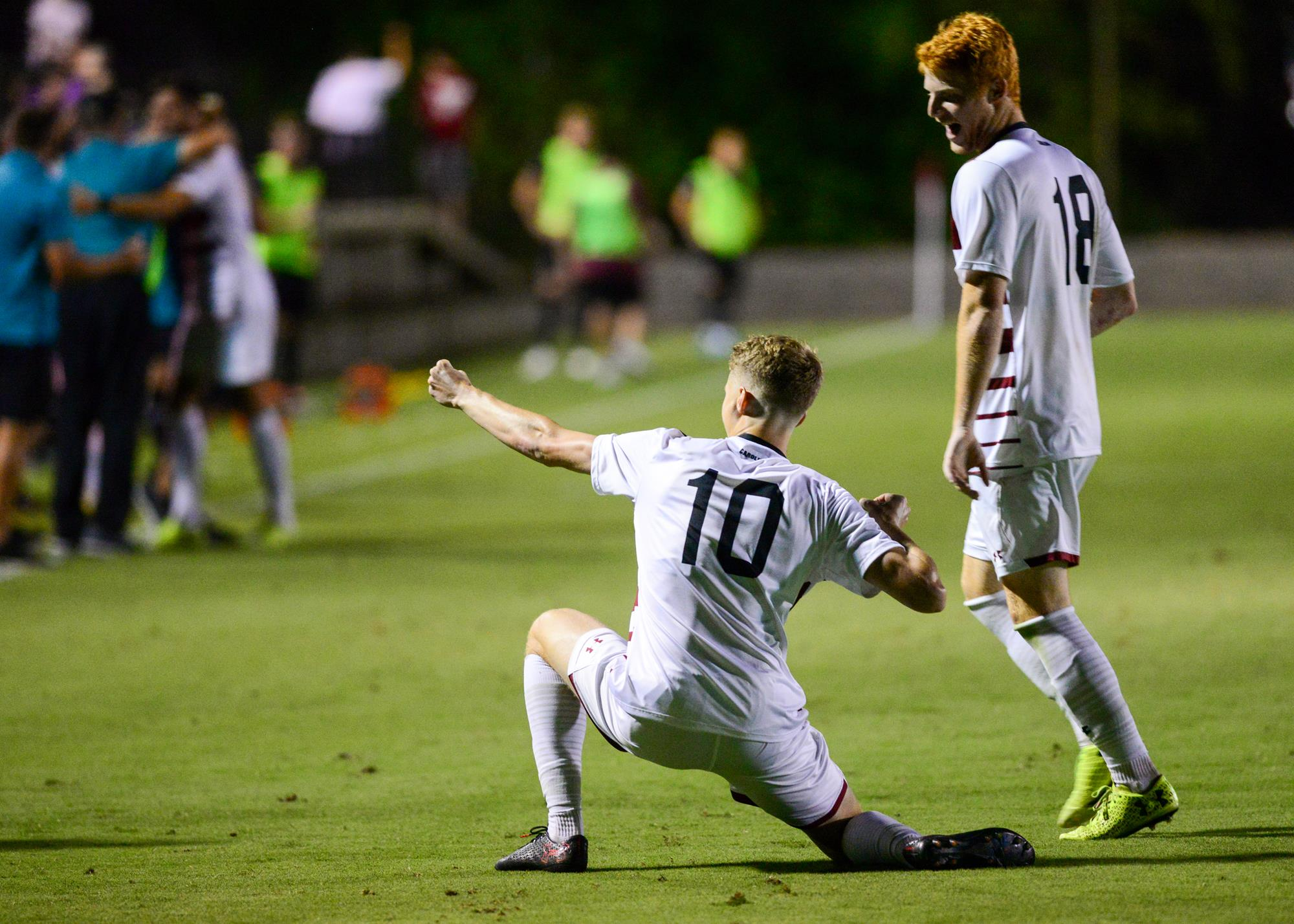 Victory gives Carolina its 500th as a program

COLUMBIA, S.C. —- South Carolina men’s soccer dominated Furman in a 3-0 victory Wednesday night at Stone Stadium as the program earned its 500th win in program history 41 years to the day after it earned its first. Carolina pushed past the Paladins with two-first half goals and a sweet finish in the second to remain undefeated at home in the young season.

With the win Carolina improved to 4-2 on the year while Furman dropped to 4-2-1. Carolina is now 4-0 at Stone Stadium this season.

“This win belongs to so many players and assistant coaches throughout many, many years,” head coach Mark Berson said. “It belongs to the athletic directors who built facilities for us and enabled our program to be sustained and to do well.

“Most of all, it belongs to the players. And our fans. The fan base here in Columbia and in the state and from the university has been outstanding through the years. It’s sort of a community owned milestone.”

The Gamecocks returned to Stone Stadium after one game away looking fit and ready for a tough Paladins team that entered the match on a three-game winning streak. Carolina seized the early momentum as Tucker Monheimer’s first goal of the night at the 31-minute mark off the Luca Mayr assist gave the Gamecocks the early 1-0 lead they wouldn’t surrender.

In his first action of the year after returning from injury, Mayr extended the lead to 2-0 off a penalty-kick finish at the 44-minute mark. Monheimer’s second goal of the night at the 77-minute mark off the Andrew Halloran and Brian Banahan assists gave the Gamecocks the eventual 3-0 victory.

Both teams fought through a physical match that saw 41 total fouls called with three yellow cards handed out on the night. Carolina finished with three corners, 15 shots and six saves.

The two first-half goals were a season best for the Gamecocks while Monheimer brought his total goals on the season, a Carolina best for the mark, to four.

Once again, fans can get the best deal in town for season tickets. Tickets are $25 for adults and $10 for youth and get you into ALL 20 soccer matches at Stone Stadium this fall. To purchase, visit gamecocksonline.com/soccertix.