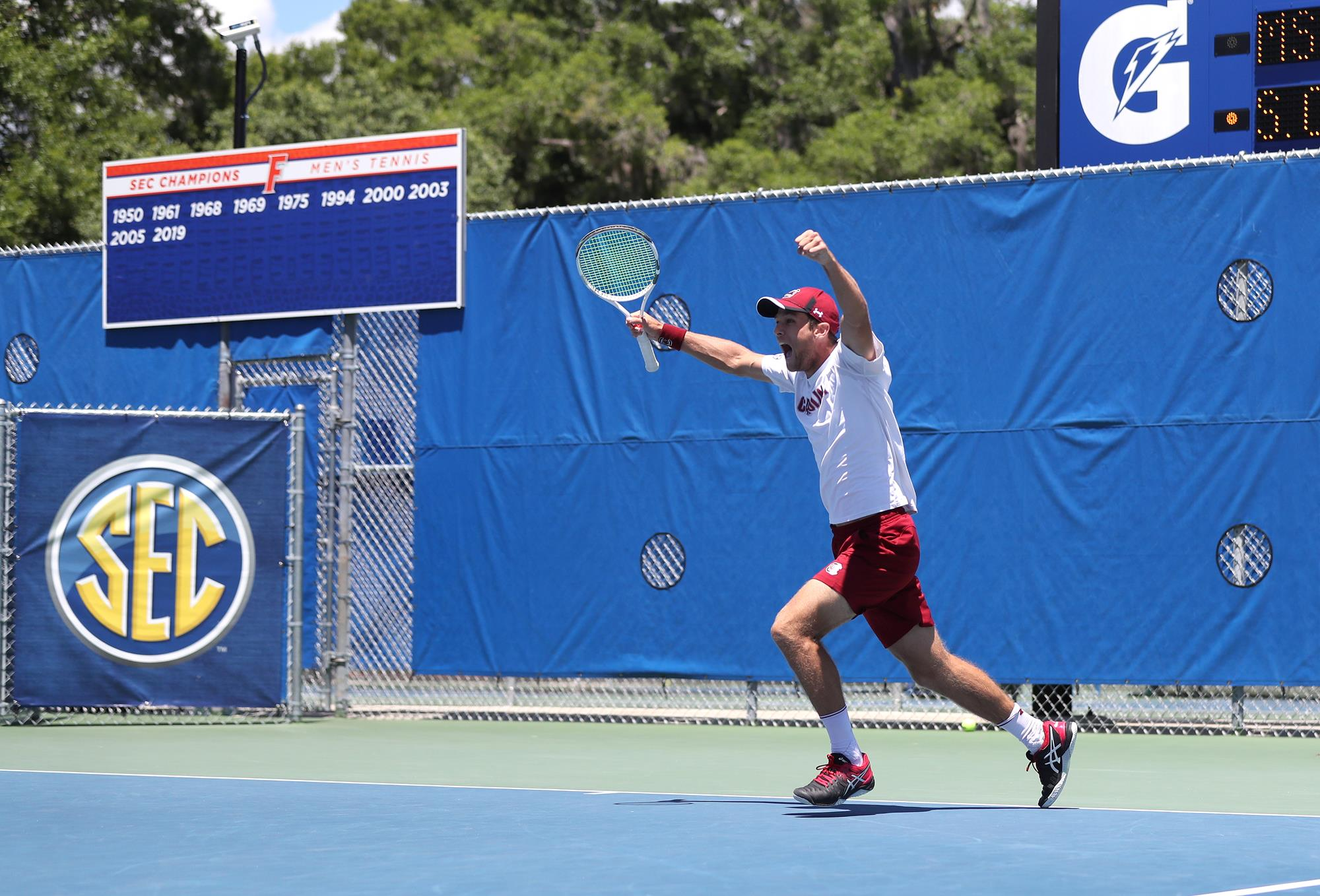 COLUMBIA, S.C.— The South Carolina men’s tennis team begin its fall schedule when it hosts the Gamecock Fall Invitational this weekend at the Carolina Tennis Center.

The second Gamecock Fall Invitational will see schools from around the country, including reigning national champion Texas, national runner-up Wake Forest and North Carolina which made the Final Four last season. The tournament features three singles draws, Garnet, Black and White, and three doubles draws, each with a back draw. Twenty ranked players will compete over the weekend.

Carolina will have six singles competitors and two doubles pairings in the tournament. In the Garnet singles draw, sophomore No. 110 Raphael Lambling and freshman Connor Thomson will represent the Gamecocks. In the Black singles, junior Thomas Brown and ​​​​​​redshirt freshman Phillip Jordan will compete. Rounding out the singles in the White draw are sophomores Beau Pelltier and No. 35 Daniel Rodrigues, who comes in as the No. 2 seed.


The doubles teams for the Gamecocks will be the freshman pairing of Jordan and Thomson in the Black draw with Brown and Pelletier competing in the white draw.