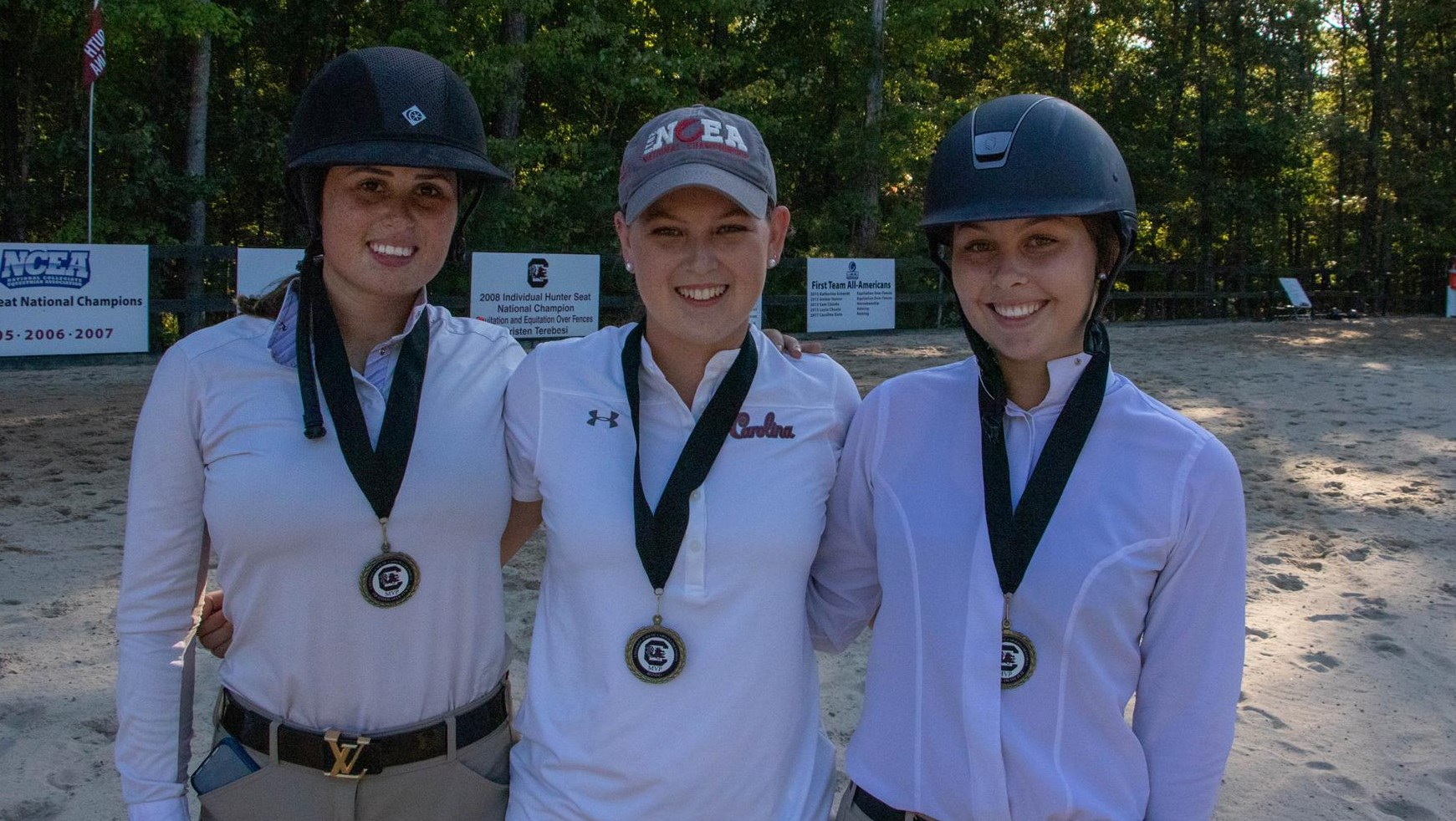 BLYETHWOOD, S.C. –  Three Gamecocks earned Most Outstanding Player honors as South Carolina opened its season with a win over Fresno State, 11-8, on Friday at OneWood Farm in Blythewood.

On the flat senior Maddie Sellman notched the first M.O.P. of the day for with a score of 76 on Tattoo as No. 7 Gamecocks prevailed on the flat, 3-1. Carolina kept up its stellar work in the jumping seat categories with a 3-2 win in fences, bolstered by junior Tyler Petrie’s 84 on Joe, securing another M.O.P win. The final M.O.P. for the Garnet & Black came from junior McKenzie Duncan’s 70 on Magnum in reining to help secure a 4-1 reining win.

“It feels great to come out of here with a win,” head coach Boo Major said. “We had some mistakes here and there of course, that always happens in your first competition. I think we had a strong showing by many of our girls, which is another good thing to see.”

Fences proved to be the might tightly contested category of the day, but an 81 from junior Louisa Brackett on Batman and Sellman’s 79 on Cita helped clinch the 3-2 win for Carolina.

The Garnet & Black got all it could handle in the flat, but sophomore Kit Cunningham’s 71 on Otis and Billi Brandner notching a 68 on Glen proved to be the difference maker in a 3-1 win.

After the Gamecocks ran into trouble in horsemanship with senior Quinn Brandt scoring the lone point for Carolina, Fresno State had three riders get disqualified in reining. Senior Jordan Scott put the icing on the cake with her 69 on Nike to help seal the 4-1 category win, and the 11-8 victory.

The Gamecocks are off next week before opening SEC competition at Georgia. The action in the SEC opener is set for a 2 p.m. start on Oct. 5 in Athens, Ga.