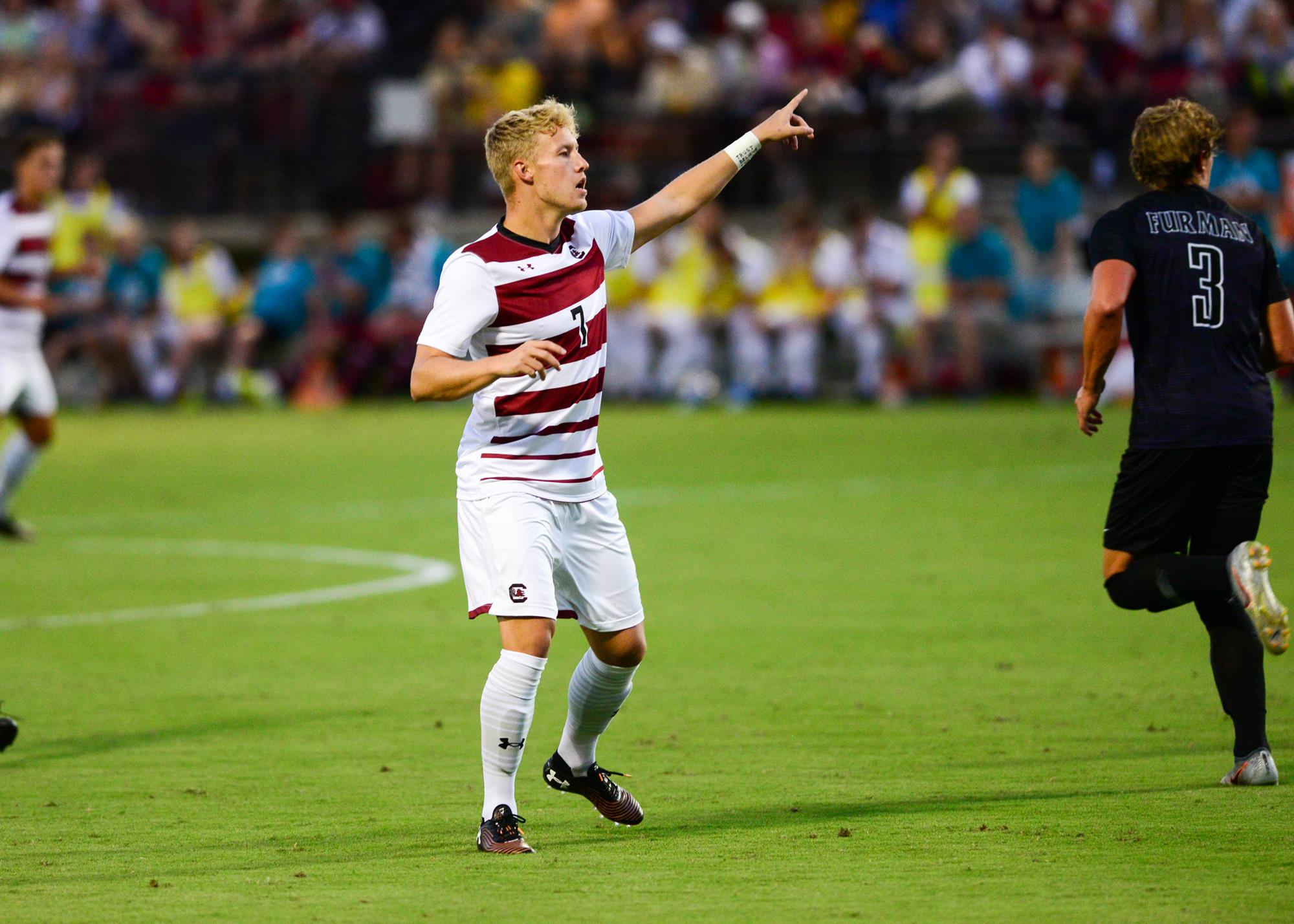 Gamecocks Hit The Road For Orlando

Carolina to face UCF on Sunday

COLUMBIA, S.C. —- South Carolina men’s soccer hits the road for two-straight matches starting Sunday against No. 13 UCF in Orlando. Kickoff is set for 6:00 p.m. from the UCF Soccer and Track Complex.

The Gamecocks will look to earn a win over a ranked opponent for the third-straight year.

“We need to continue playing the way we played tonight, we need to capitalize on our chances, we need to minimize the mistakes that we make in the back and try to cut down on the chances that the opponent gets,” head coach Mark Berson said Wednesday night. “And those are tough games, they’re on the road, tough nationally ranked teams, but you know, we’ve played some tough games this year. This group is growing game-by-game. We’ll be a different team in October than we have been in September and this team’s moving in the right direction.”

Carolina comes into the match looking to carry the momentum from a 3-0 victory over Furman on Wednesday night at Stone Stadium in the program’s 500th victory 41 years to the day it earned its first. Luca Mayr made his first appearance of the year for the Garnet and Black and posted an assist and goal on the night.