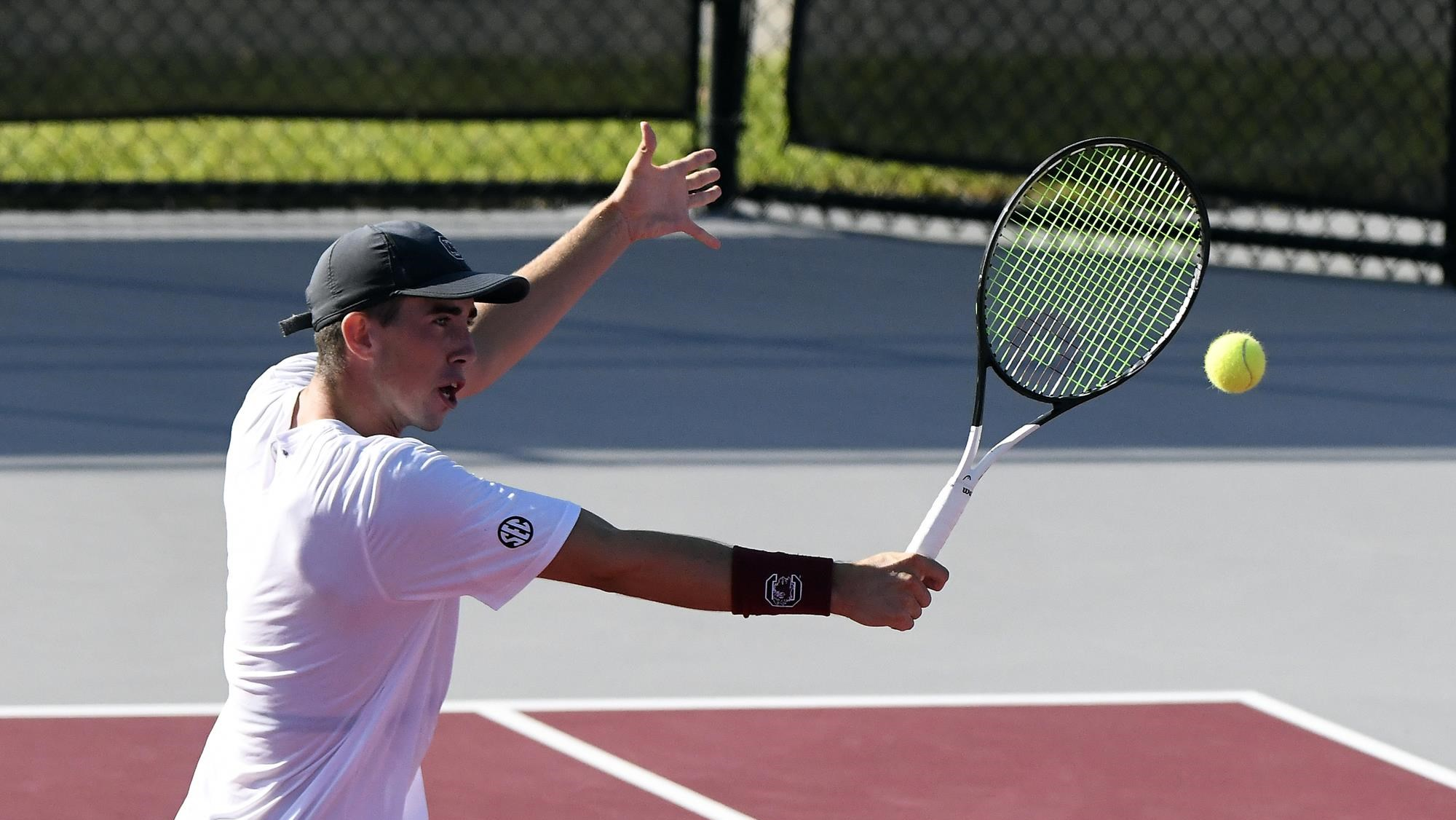 COLUMBIA, S.C.— The South Carolina men’s tennis team defended its new garnet home courts Saturday on the second day of the Gamecock Fall Invitational at Carolina Tennis Center. No. 35 Daniel Rodrigues advanced to the final of the White singles draw and the pair of Phillip Jordan and Connor Thomson picked up two wins to reach the Black doubles draw final.

DOUBLES
The doubles portion of the day saw the Gamecocks excel with Thomas Brown and Beau Pelletier picking up their first team win 7-2 after the SMU’s Caleb Charkravarthi and Tomas Vaise retired. The freshman pairing of Jordan/Thomson picked up their first two wins, knocking off Alabama’s Jeremy Gschwendter and Edson Ortiz 8-5 in the first round followed by an 8-6 win over Arizona’s Nick Lagaev and Alejandro Requant-Bicardi. The pair will play for the Black doubles championship match against Miami’s Dane Dunlap and Bojan Jankulovski.


SINGLES THIRD ROUND
In the afternoon, Daniel Rodrigues posted a 7-6 (6), 6-2 win over No. 48 Brian Cernoch of North Carolina. Rodrigues was able to capitalize on some unforced errors by Cernoch in the second set, after powering through the first-set tiebreak. Rodrigues will take on Miami’s Adria Soriano Barrera, ranked 21st in the nation, in the White singles final.

Thomas also picked up a singles win in the back draw with a decisive 6-0, 6-3 victory over Angus Bradshaw, and Pelletier advanced in a walkover.


UP NEXT FOR THE GAMECOCKS
The tournament concludes Sunday with one round of doubles beginning at 8 a.m. and one round of singles following.