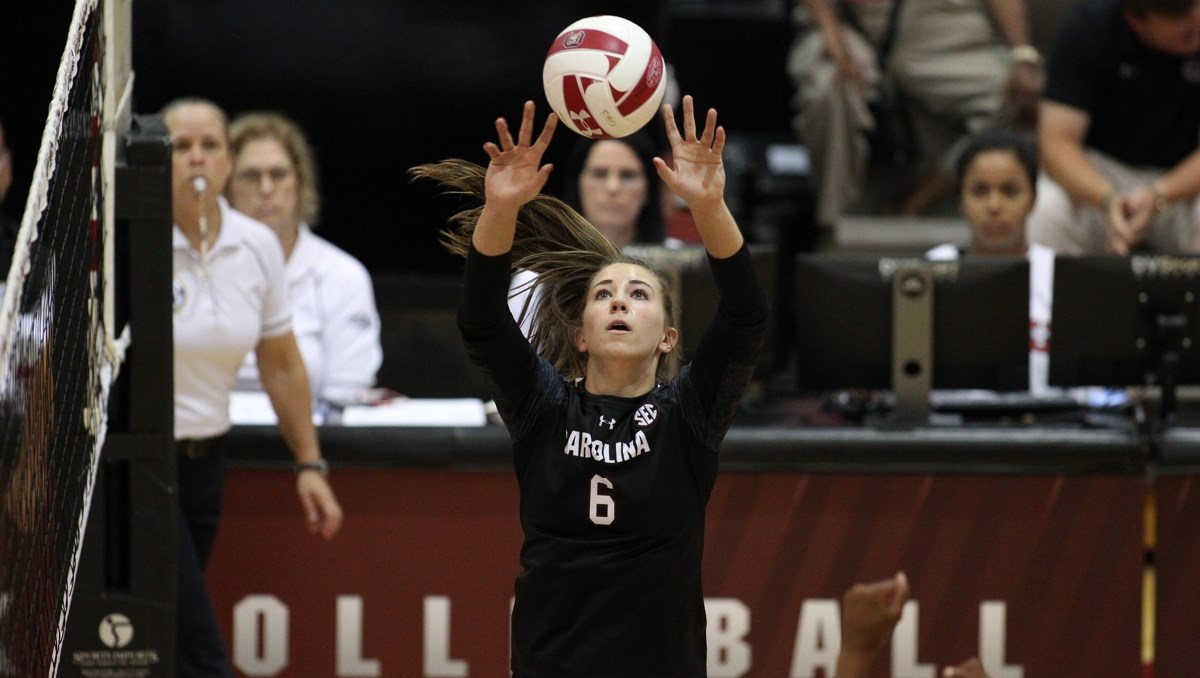 The team returns to action Sunday evening at 6 vs. High Point

SET ONE: Both offenses were in a groove to start the match, but the Gamecocks rolled to a 25-20 win behind 12 kills and a .440 hitting percentage. The Owls hurt their chances with seven service errors in the set, though the two teams would combine for 12 total. The teams matched point for point until a 4-1 run gave the Gamecocks the lead for good at 10-7. Five different attackers posted multiple kills in the game, with Mikayla Shields leading the way with three kills on three swings.

SET TWO: The second game appeared to be on a similar track as the first, but Kennesaw used a late run to push the score to 31-29 before the Gamecocks pulled out the win. Trailing 24-19, the Owls ran off six consecutive points to flip the scoreboard and put them in position to steal the win. Shields denied set point with a kill, but the two teams would have multiple chances at the win down the stretch. A big block from Mikayla Robinson gave the Gamecocks set point at 29-28, but the Owls were able to side out. Courtney Koehler dumped a second contact on the next play to put the team back in front, and Alicia Starr dropped an ace in the back line for the winning point on the next play.

SET THREE: Kennesaw State came out firing in the third, building a 7-1 leading from the opening serve. Once the Gamecocks were able to side out, though, they would have a run of their own in store. Behind service from Shields and Addie Bryant, the team went on a 16-3 run after the early deficit and rolled to a 25-16 win to close out the match. The Gamecocks had three aces, three blocks and out-hit the Owls .423 to -.034 in the game, with nine different hitters contributing to the team’s 13 kills.

UP NEXT: The match against High Point Sunday evening closes out the non-conference schedule for South Carolina. It will be a reunion for head coach Tom Mendoza, who coached High Point to NCAA tournament appearances in 2016 and 2017 at its coach before coming to South Carolina. First serve will be at 6 p.m.