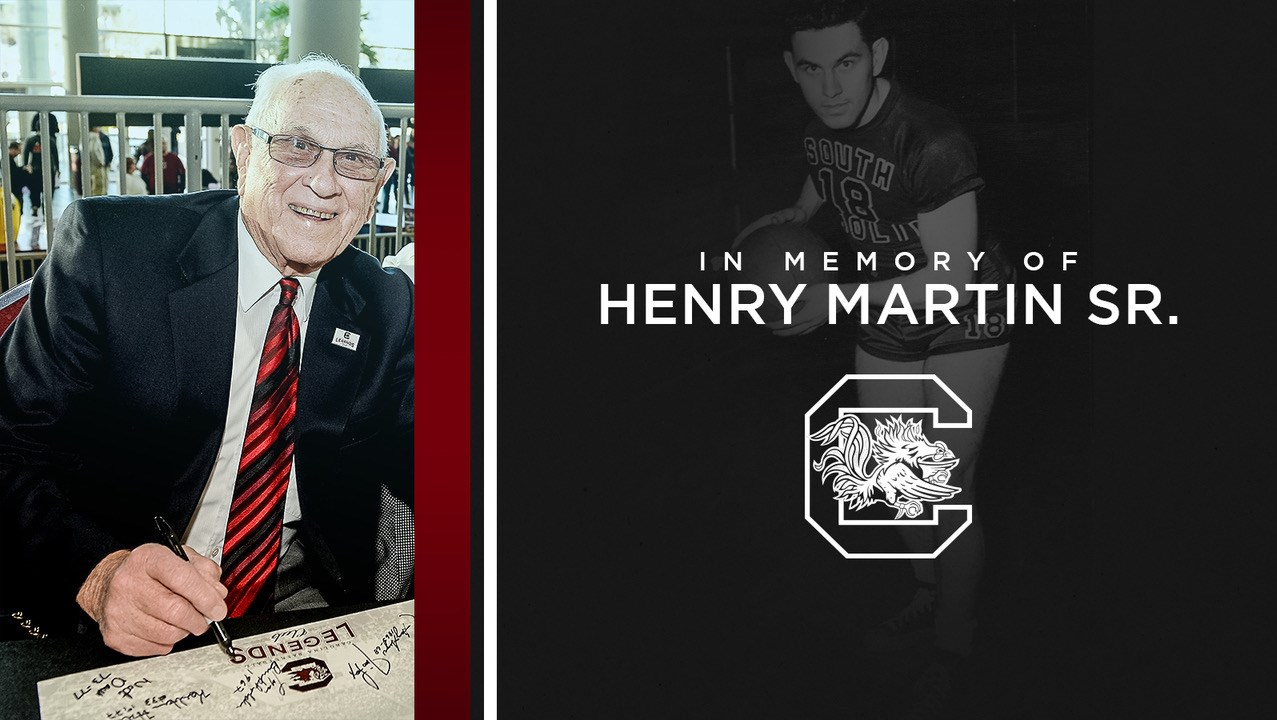 COLUMBIA, S.C. – The University of South Carolina mourns the passing of Gamecock men’s basketball great Henry Martin Sr.  Martin, the first to score 1,000 career points in the Garnet and Black, passed away on Monday at his home.

Martin began his Gamecock career in 1942, before serving his country in the Navy in World War II.  He returned to finish his career at Carolina from 1947-49.  Martin saw action in 89 career games, averaging 12.2 points per outing for his career.  He scored his 1,000th career point during his senior campaign, when he averaged 16.0 points per contest.  He capped his career with a 32-point performance as the Gamecocks defeated Clemson in 1949.  Martin was inducted into the South Carolina Athletics Hall of Fame in 2008, and was honored as Carolina’s SEC Legend in 2012.

Martin, a lifelong avid Gamecock fan, along with his wife, Carmella, were the second generation owners of Villa Tronco in Columbia, before continuing the family tradition, and passing the restaurant to their daughter and her husband in the early 1970’s.

Information on funeral services is pending.