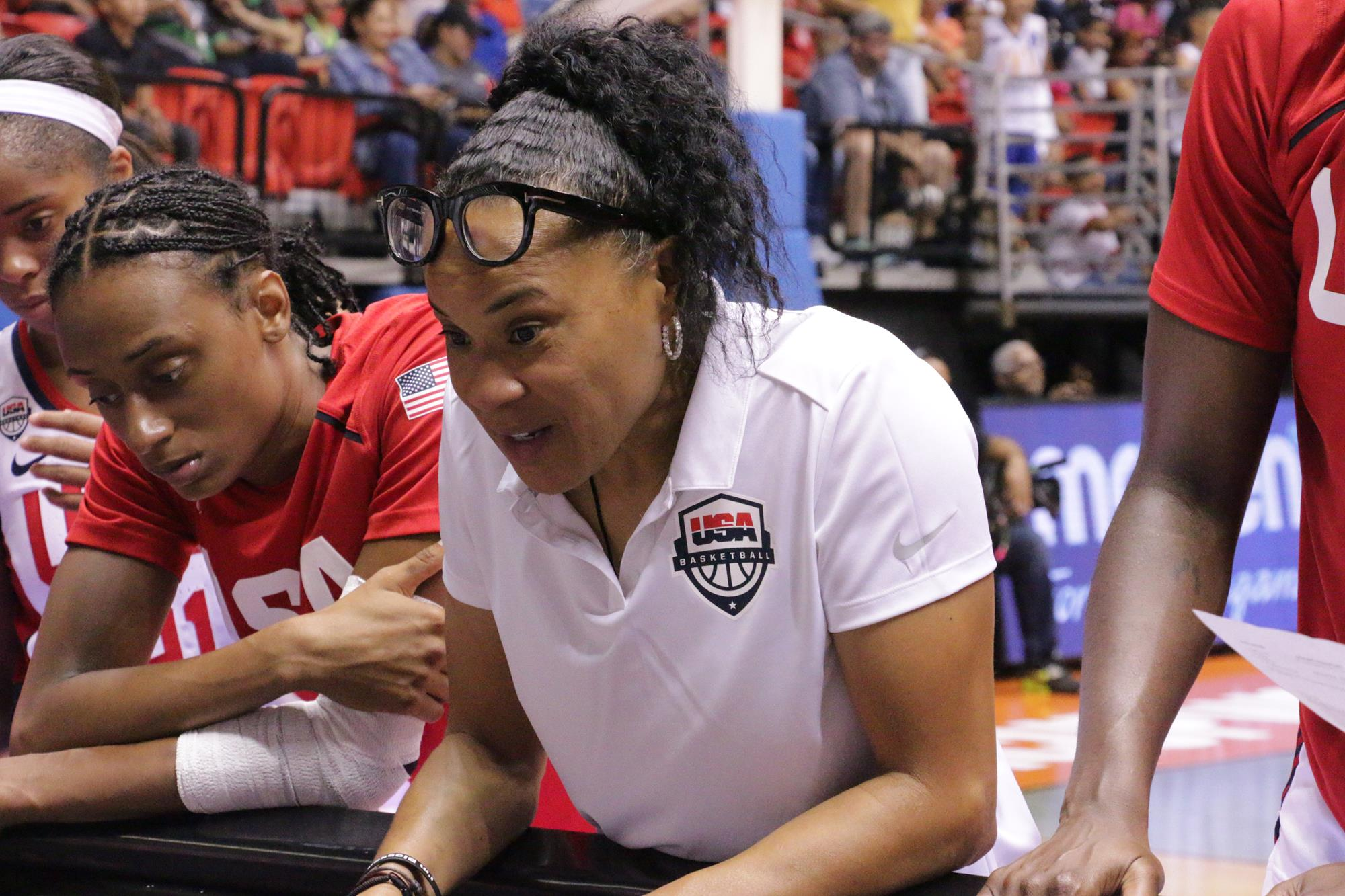 COLUMBIA, S.C. – South Carolina women’s basketball head coach Dawn Staley led her U.S. National Team to gold in the 2019 FIBA AmeriCup with a 67-46 win over Canada Sunday in San Juan, Puerto Rico. Gamecock alumna Khadijah Sessions picked up her first international gold medal at the event as well, playing in five of the team’s six games at the tournament.

Staley’s squad, missing key components due to injuries and the ongoing WNBA playoffs, still dominated the field at the AmeriCup, winning its six games by an average of 31.0 points (486 pts/6 gms). The Americans’ toughest outing was a 16-point victory over Brazil to close out preliminary round games. A 78-54 win over host Puerto Rico in the medal semifinals set up Sunday’s title game against Canada.

In the championship game, the U.S. continued its tough defense, holding Canada to just 27.5 percent shooting. The Americans out-scored the Canadians by five in each of the first two quarters before nearly doubling that lead in the third quarter alone. Meanwhile, Staley’s U.S. squad locked in on its size advantage inside, scoring 42 of its 67 points in the paint and out-rebounding Canada 57-44.

Making her USA Basketball debut, Sessions averaged 5.2 minutes per game off the bench, including seven minutes in Sunday’s championship game. She scored in the win over Argentina, adding three assists and two steals over the course of the tournament.

For all South Carolina women’s basketball updates, continue to check back with GamecocksOnline.com or follow the team on social media (@GamecockWBB). For season ticket information, visit ItsGreatToBeAGamecock.com.