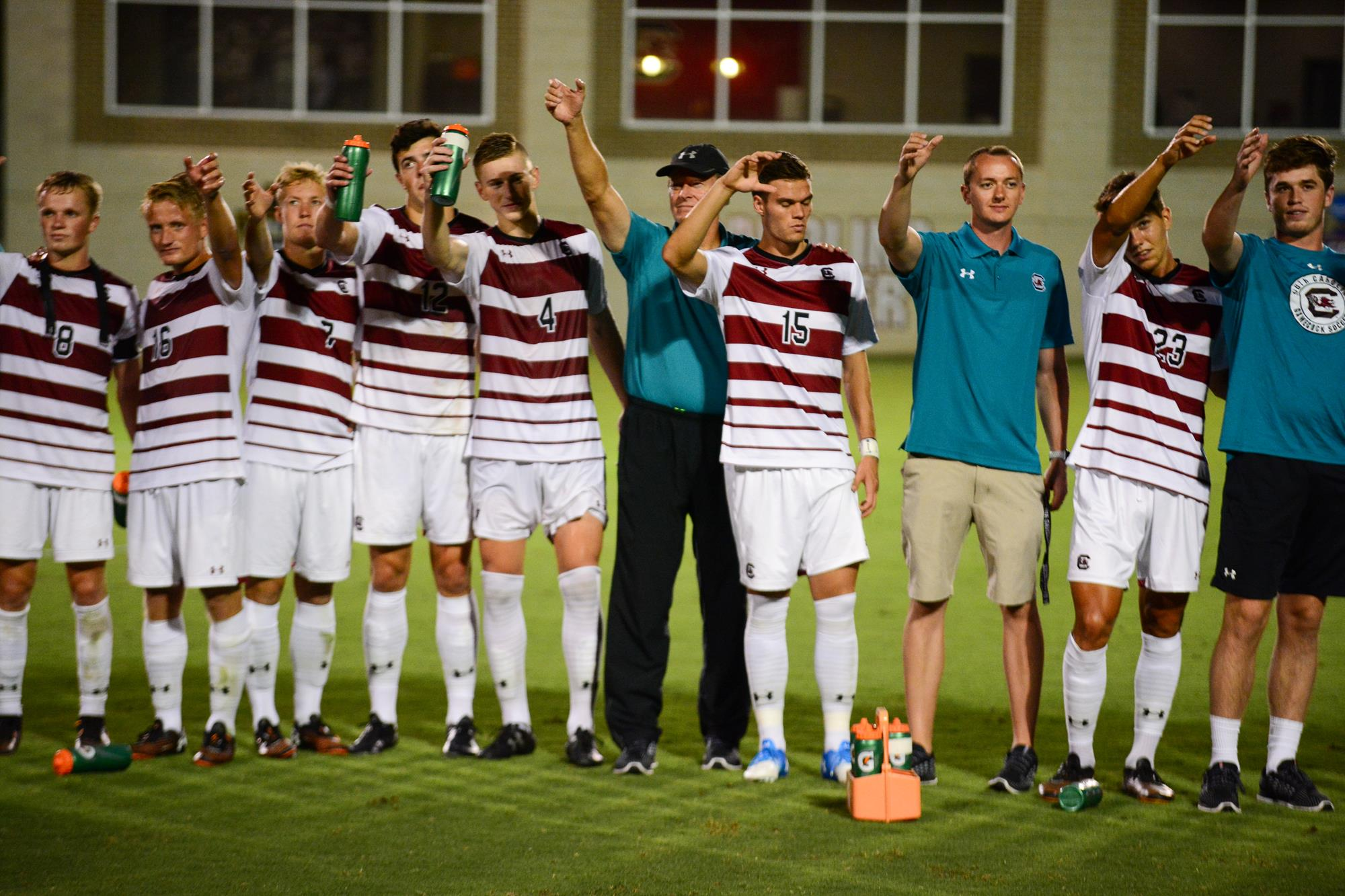 There are two entry gates for fans to enter Stone Stadium, located at Whaley Street and Heyward Street.

The Gamecocks will look to snap a two-game skid and remain undefeated at home in the early season. Carolina is 4-0 at Stone Stadium thus far, outscoring opponents 7-1 with three-consecutive shutouts and three overtime victories.

“Our crowd support has been unbelievable,” head coach Mark Berson said. “Once again this year, we’re right in the top of the country as far as attendance numbers go and that crowd really helps to power us. We feel a tremendous responsibility at home and it starts tomorrow night with Presbyterian. It’s a big game for us and I think our players are really excited to get back home and get playing again.”

Carolina comes into the match looking to rebound from a 4-0 defeat at the hands of 11th-ranked Charlotte on Friday in Charlotte. Senior Tucker Monheimer will look to continue his quick start to his final year in the Garnet and Black. Monheimer has finished four of the team’s eight goals this year, three of which were game winners.