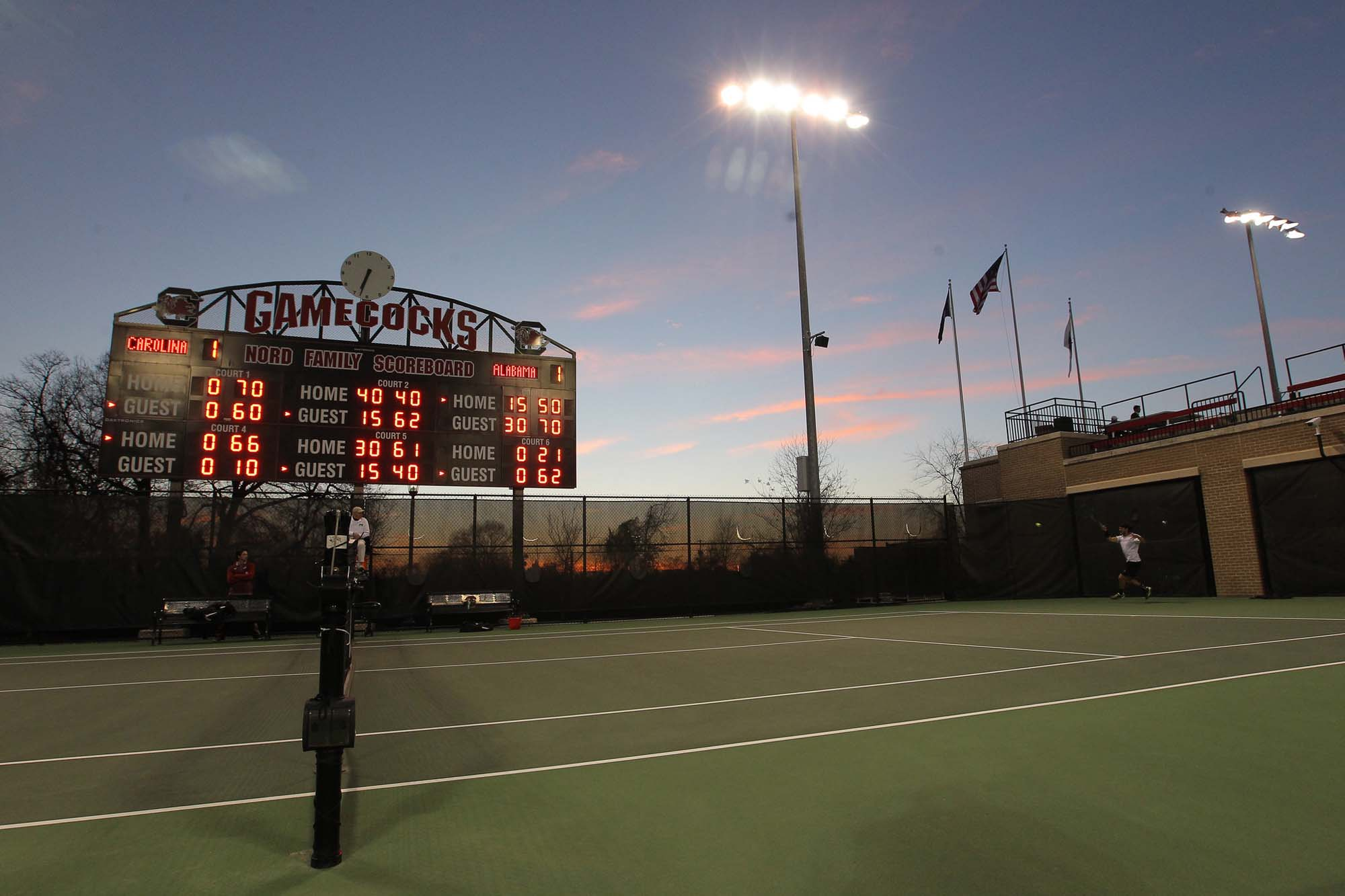 COLUMBIA, S.C.— South Carolina men’s tennis head coach Josh Goffi announced that two former Gamecock standouts have joined the staff. Andrew Adams has been named assistant coach, and Kyle Koch will be the volunteer assistant. Both Adams and Koch played key roles for the Gamecocks as a part of Goffi’s first recruiting class.

“It means a lot to me that both Andrew and Kyle are ready to jump back into the program,” Goffi said. “I’m extremely grateful to be able to coach with two of the guys who were instrumental in getting the program to where it is today.

“Andrew’s tennis IQ and overall mentality is very high level, especially for his age, and because of that, there won’t be too many people out there that can go toe-to-toe on the match sidelines with him. His feel for the game is top shelf. Kyle brings an unbelievable work ethic, determination and undeterrable mindset and is someone who fully embodies what our program is about. Both guys are amazing examples of our culture.”

Adams, an All-American for Carolina in 2014, returns to Columbia after spending time coaching in the Northeast, most recently at the Stanwich Club in Greenwich, CT. A four-year standout for Goffi, Adams earned All-America honors in his junior campaign after reaching the round of 16 in the NCAA Tournament. He was also ITA Carolina Region Rookie of the Year in 2012 when he led the Gamecocks with 28 wins.

“This is a dream job for me,” said Adams. “The program has given me so much that I can’t think of a better way to give back than to be out there. Josh has been my mentor every day since I met him, so it will be exciting to see what we can do together.”

Koch is also no stranger to the program, setting nine school records in his time donning the Garnet and Black. Koch was one of the finest doubles competitors in program history, amassing 91 doubles wins, including in SEC play – both program records. The Irmo, S.C., product has worked in the junior development sector of tennis with players 10-17 years old. His most recent stop comes at the Golden Hills Club in Lexington, S.C.

“It is a dream for me to be able to give back to the program,” Koch said. “This is a great opportunity to work with some of the best student-athletes in the country and under my former coach.”

The Gamecocks return to action Oct. 5 for the ITA All-American Championships in Tulsa, OK.