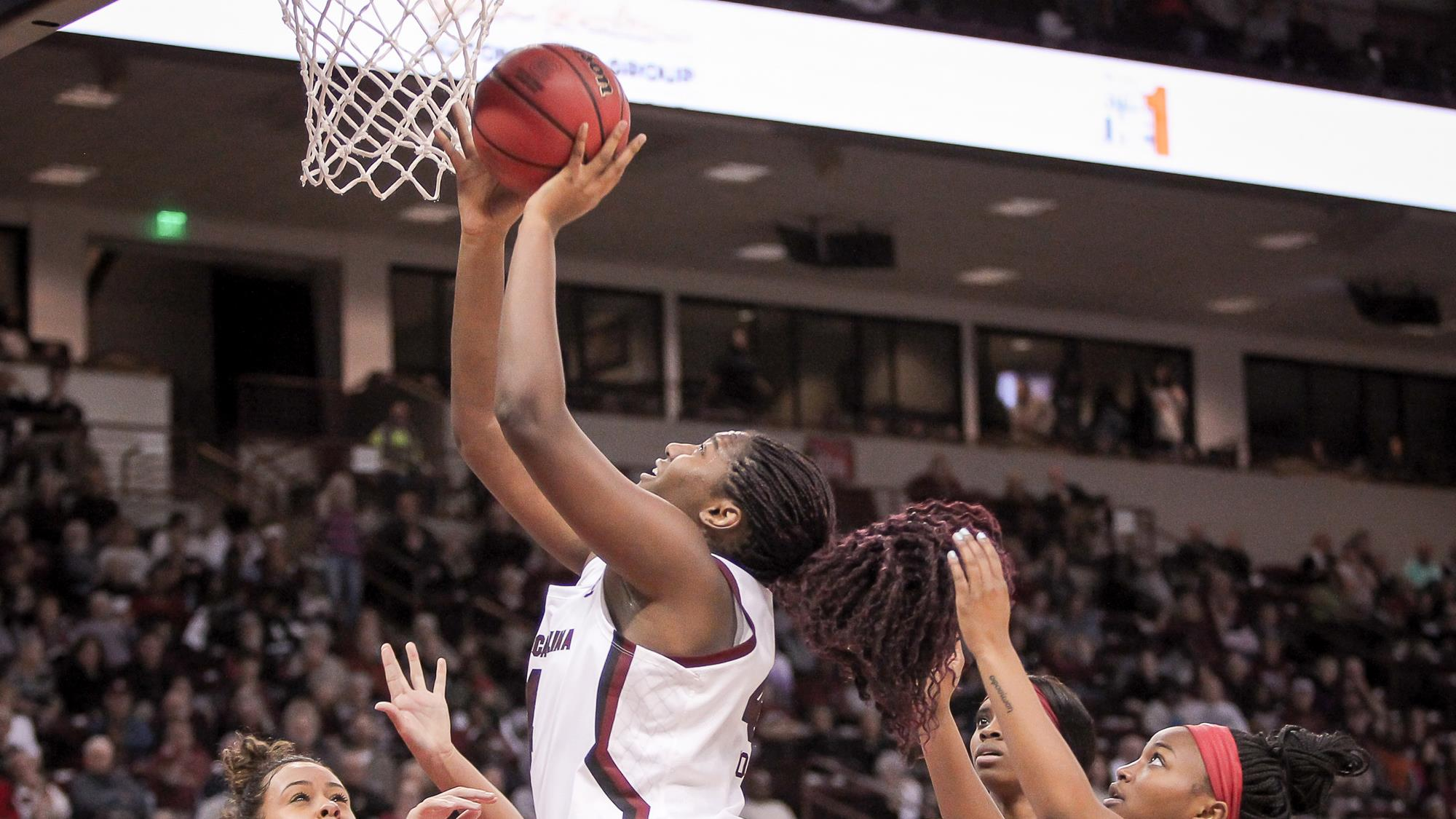 Boston posted 14.5 points, 16.5 rebounds and 4.0 blocks per game last week, including a 19-point, 25-rebound, five-block effort against then-No. 21/21 Arkansas. Her rebound total was the highest by a Gamecock freshman in a game in program history and was just one shy of the overall program record. It was also the second-highest in an SEC game in league history. She established her dominance of the pain early in the game, recording eight points, nine rebounds and three blocks in the first quarter. In Sunday’s game at Vanderbilt, she needed just 19 minutes to post another near double-double in a 10-point, eight-rebound outing.

Through her four career SEC games, Boston averages a double-double with 15.0 points and 12.8 rebounds to rank 14th and second in the league, respectively. She is the highest rebounding freshman in the conference and third among freshmen in scoring. For the season, she is the Gamecocks’ leading scorer (13.2 ppg) and rebounder (8.8 rpg), including six double-doubles.