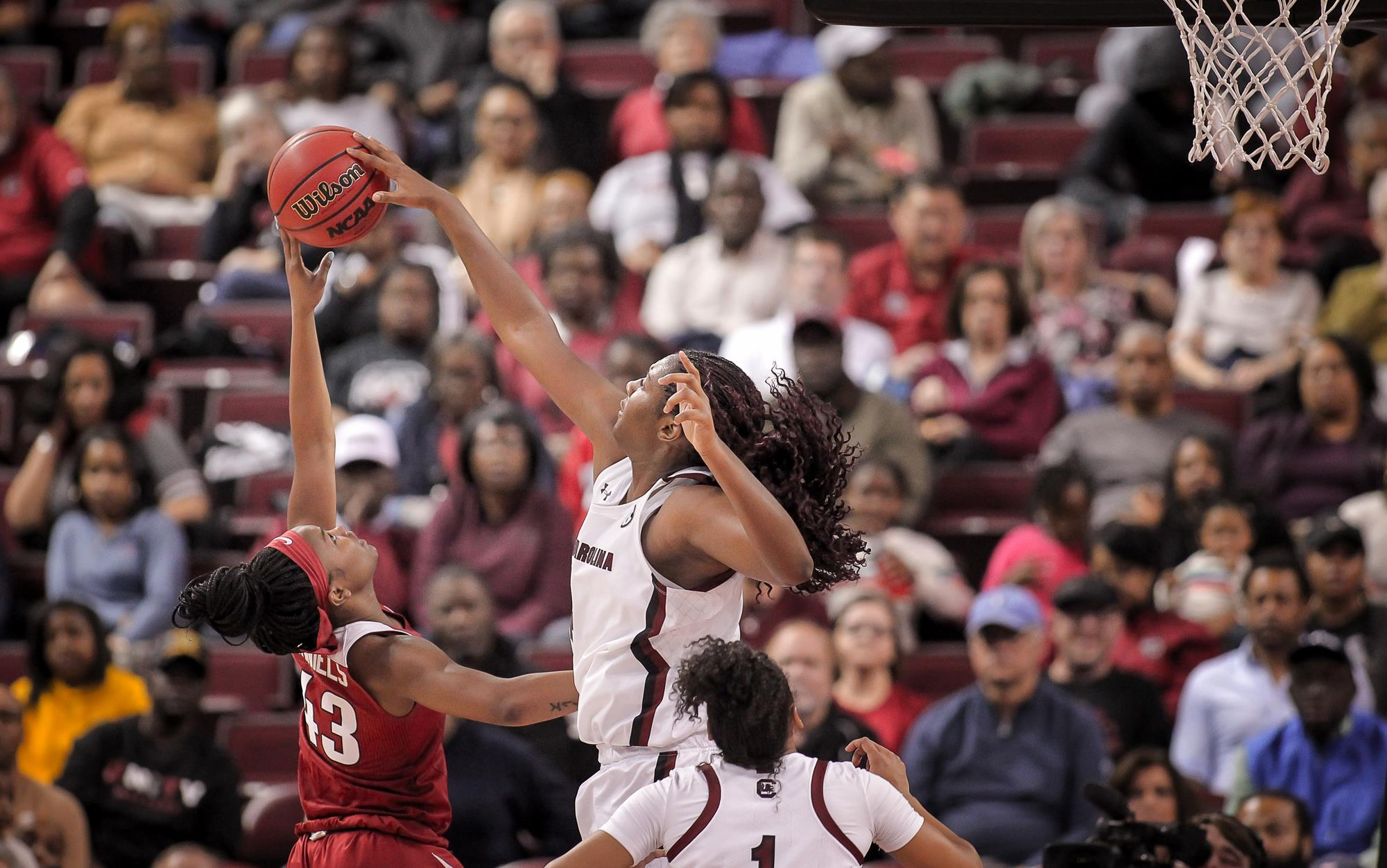 Share
COLUMBIA, S.C. – South Carolina forward Aliyah Boston earned a spot on the Naismith Defensive Player of the Year Midseason Team, the Atlanta Tipoff Club announced today. Boston is the lone freshman on the list and one of two SEC entries.

The 6-foot-5 Boston is 10th in the nation in blocked shots per game with an SEC-best 2.9 average and also collects 1.2 steals per game. She opened her career by tying the school record with 10 blocked shots, adding double-digit points and rebounds to post the first freshman-debut triple-double in NCAA Div. I history. Boston has recorded three or more blocks in nine other games and has blocked at least one in every game this season. She is the Gamecocks’ top scorer at 13.4 points per game and best rebounder with 9.1 per outing. She averages a double-double against SEC opponents (15.2 ppg, 12.2 rpg) and against ranked teams (15.0 ppg/10.6 rpg).