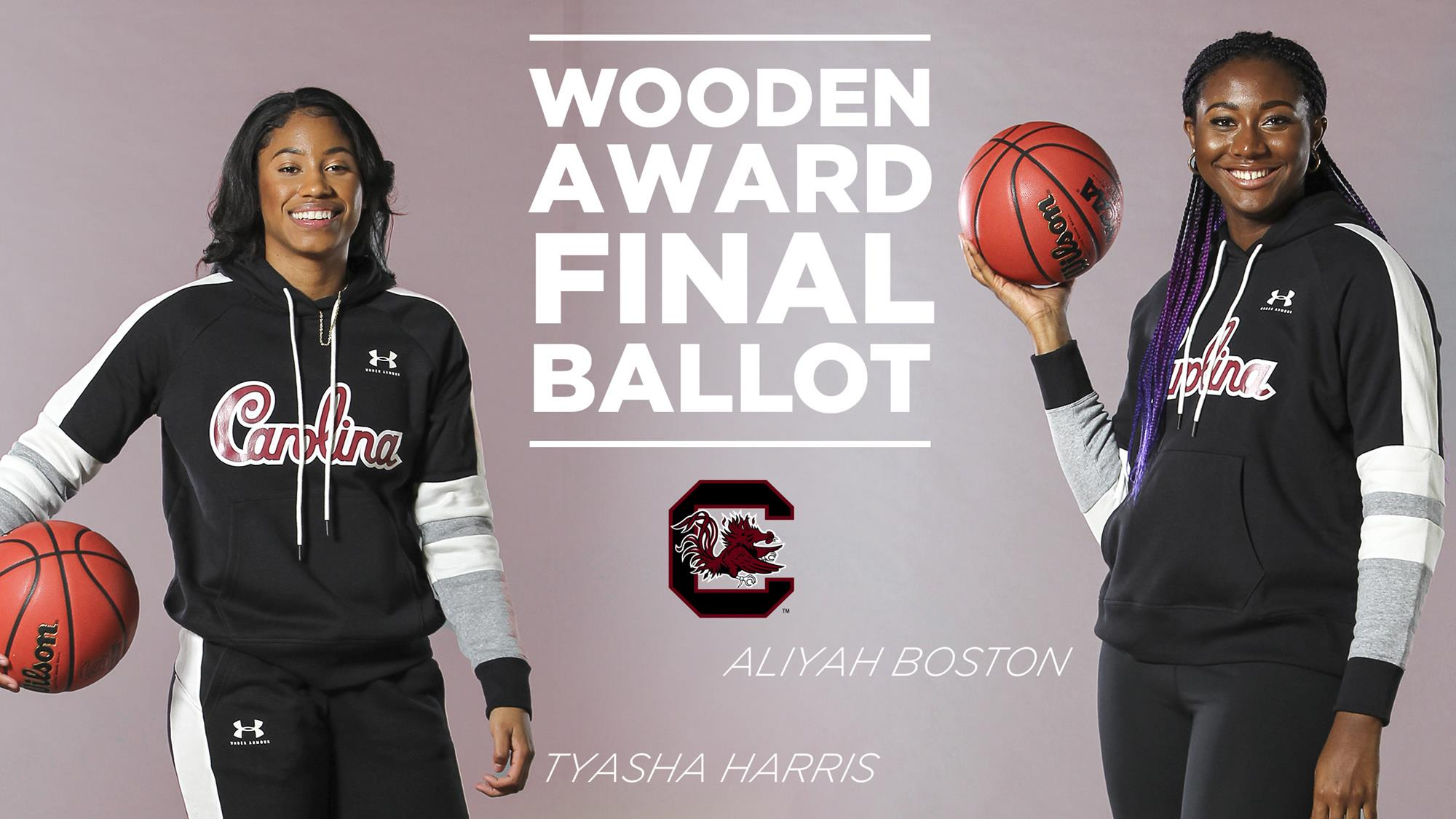 Harris continues to shine for her leadership of the young, high-powered, balanced attack of the Gamecocks, who rank among the nation’s top 15 in scoring and field goal percentage and the top 20 in both defensive categories. The program’s all-time career assists leader with 685, she leads the SEC and ranks among top 15 in the nation with a 5.5 average this season. Adding a career-high scoring average of 12.1 points to the 12.5 points scored on her assists, Harris has her hands on 30.1 percent of the Gamecocks’ offense, and that number rises to 34.9 percent against ranked opponents thanks to her 6.1 assist per game against the best teams in the nation. The senior has been especially efficient late in the season, scoring in double figures seven of the last eight games, during which she shot 50.6 percent from the field.

The SEC Freshman and Defensive Player of the Year, Boston has been a dominant force in the paint from the minute she stepped onto the court with the first triple-double in a college debut game in NCAA Div. I women’s basketball history. Playing just 23.8 minutes per game, she nearly averages a double-double with a team-high 9.2 rebounds and 12.7 points per game. The 6-foot-5 forward averaged a double-double in SEC games (13.1 ppg/10.3 rpg) and in 12 games against ranked opponents (13.8 ppg/10.8 rpg). Seven of her 12 double-doubles this season came against ranked opponents, including two of the three top-five teams the Gamecocks defeated. Boston is among the nation’s top 10 in field goal percentage (.610) and top 20 in blocks per game (2.7). Her 83 blocked shots are a new South Carolina freshman record and rank are tied for fourth on the program’s single-season list.

Voting will take place March 17-24, and voters take into consideration a player’s entire season of play, as well as the opening rounds of the NCAA Tournament. The Wooden Award All American Team, consisting of the nation’s top five players and the finalists for the Wooden Award, which is widely considered the most prestigious honor in college basketball, will be announced following the NCAA Elite Eight round and will be the focus of a 30-minute show on April 3 on ESPNU at 6:30 p.m. ET.
The winner of the 2020 John R. Wooden Award will be presented by Wendy’s during the ESPN College Basketball Awards on Friday, April 10, 2020.

No. 1/1 South Carolina is back in action tonight in the semifinals for the SEC Tournament, tipping off against No. 25/- Arkansas at 5 p.m. ET in a game to be televised on ESPNU.