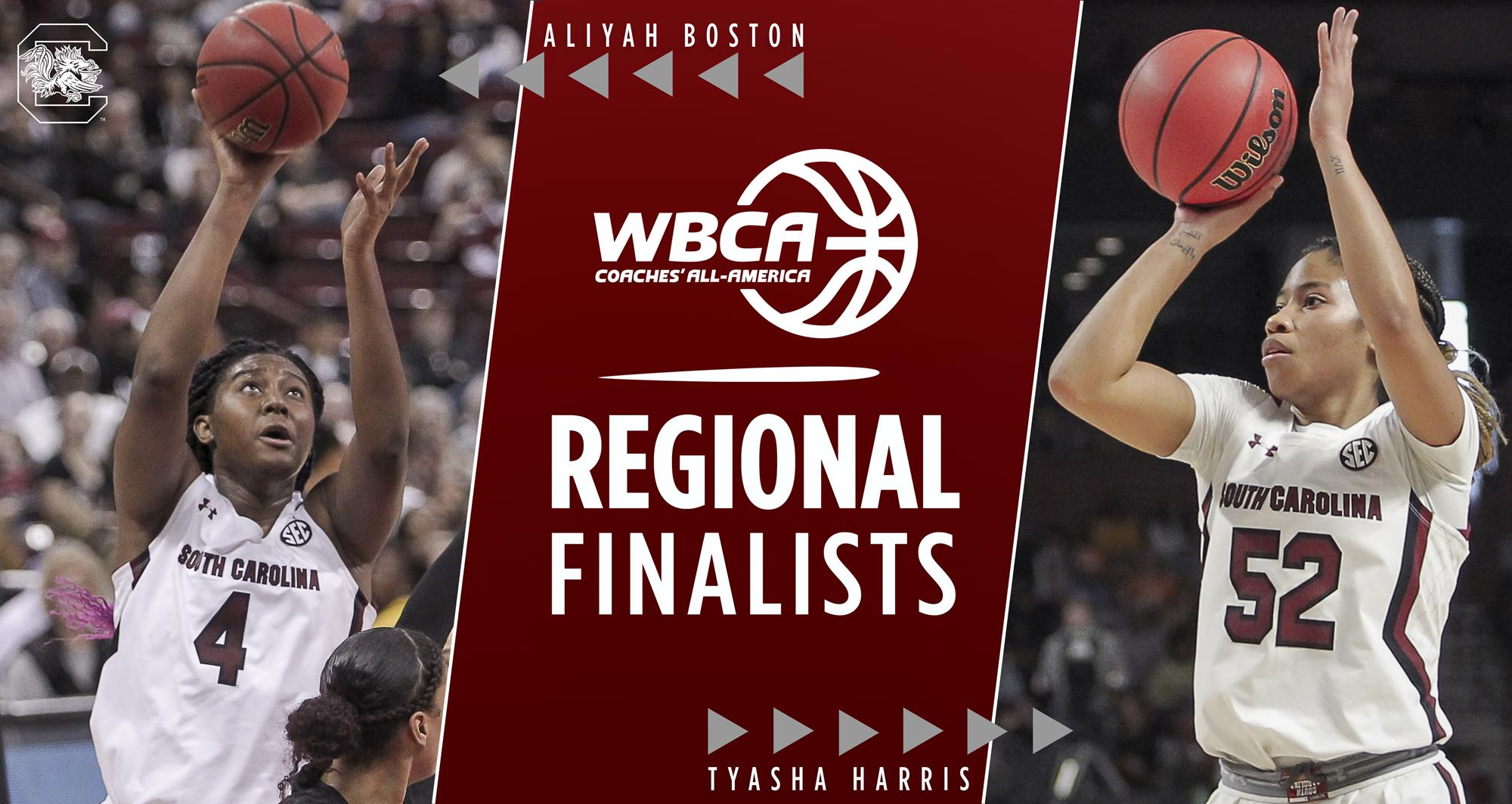 Boston turned in a steady freshman performance that included 13 double-doubles with more than half (seven) coming against ranked opponents. The Gamecocks’ leading rebounder at 9.4 per game (3rd in SEC) and second-leading scorer at 12.5 points per game, the 6-foot-5 forward elevated her game in conference play and especially against ranked opponents, averaging a double-double in both subsets of the season. Her SEC-best .608 field goal percentage ranks sixth in the nation, and her 2.61 blocked shots are 21st. The SEC’s Freshman and Defensive Player of the Year earned spots on the AP and USBWA All-America teams and is a finalist for the Lisa Leslie Award and Naismith Defensive Player of the Year.

Capturing All-America status (AP, USBWA) in her final season in the Garnet and Black, Harris added a third All-SEC selection and second SEC All-Tournament Team honors to her sterling resume. She claimed The Dawn Staley Award earlier this season and is a finalist for the Nancy Lieberman Award for the second time in as many seasons and for the Naismith Trophy. Harris’ value this season went well beyond her stats, which included a season-high 12.0 points per game and an SEC-best 5.7 assists per game, which ranked 12th in the country. The senior was the guiding and steadying force on a young team that rose to every challenge in a schedule that included 14 games against nationally ranked opponents, including five against top-10 team.

No. 1/1 South Carolina finished its season on a school-record 26-game win streak to finish the season 32-1 for its fourth 30-win season under head coach Dawn Staley. The Gamecocks won both the SEC Regular-Season and Tournament championships, going 16-0 in league games and adding three wins en route to the tournament title.