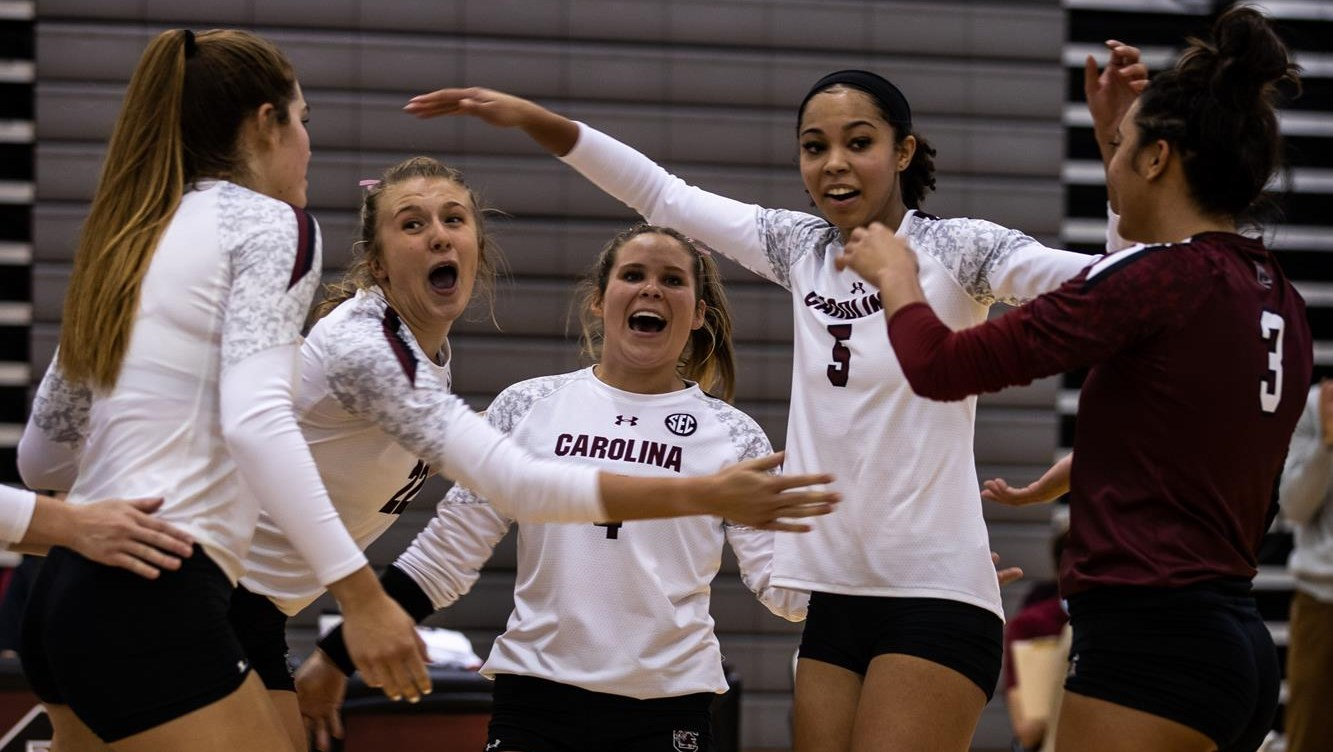 “I really liked our energy and effort and attention to detail as we prepared for Auburn, that was something that we really emphasized,” head coach Tom Mendoza said. “Our challenge was to make them have to earn every point, control our side, stay aggressive and keep the pressure on that side of the court and I thought our team did a great job of that.”

SET ONE: South Carolina’s defense was stout from the beginning, limiting Auburn to as many kills (8) as it had errors in a 25-15 final score. Riley Whitesides led the team with six digs along with a pair of kills, and offensively the middle-hitting combination of Ellie Ruprich and Mikayla Robinson combined for eight of the team’s 14 total kills. After yielding the opening point to the Tigers, South Carolina would not trail again in the entire match.

SET TWO: The Gamecocks kept rolling in set two, limiting Auburn again to just eight kills in a 25-16 score that pushed Carolina ahead 2-0 in the match. South Carolina jumped ahead 12-2 from the opening serve, with Mallory Dixon recording two service aces in that span. Six different Gamecocks recorded a kill in the set, led by three kills from Ruprich on just four swings.

SET THREE: In the final set, South Carolina was able to take advantage of its depth and played 13 different players in the third, closing the match with a 25-20 decision. It would be the liveliest set for Auburn’s offense, but four blocks for the Gamecocks held the opposition to just a .026 hitting percentage on its 10 kills. Manning stabilized a rotating lineup on the floor, with five kills on nine errorless swings for the Gamecocks, including the winning point.

UP NEXT
The two sides will square off again in less than 24 hours. Thursday’s match will be on the SEC Network+ with a 4:30 p.m. first serve.